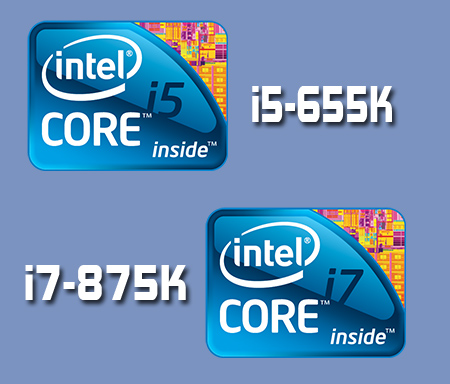 Overclocking. If you're unaware of the basic idea it's to get more out of something than it is initially designed to give. When dealing with processors the speed of your processor is governed by two factors. The FSB, Bus Speed or BCLK multiplied by, unsurprisingly, the multiplier. For example if you have a Bus Speed of 150MHz and a Multiplier of x10, you'll get a 1500MHz processor. So far, so easy.

Intel has had the same methodology for their processors for some time now. If you want to overclock it's quite likely that you have a lower end processor and wish to get more for less money. However Intel processors have always had a locked multiplier at the base end of the market, with only the premium "Extreme" editions having a multiplier that can be adjusted up as well as down. You're therefore limited to pumping the FSB, or BCLK as it is now, up as high as you can get away to maximise the locked multiplier.

The problem with increasing your bus speed is that to get the most out if you need to either have fast RAM, or play around with your dividers. Then you need to take into consideration that even the best motherboards eventually run out of the ability to keep increasing it.

So what is the solution? Unlock the multiplier. So you can get the gains of the BCLK increase without the potential drawbacks.

However until now that's meant buying an Extreme Edition, which are a huge amount of money, far beyond nearly all of us. If only Intel would unlock the multiplier of their lower chips.

As if by magic the shopkeeper appeared. No hang on this isn't 52 Festive Road even if it feels like Christmas.

As if by magic Intel are along with the answer to our prayers, the i5-655K and the i7-875K, both on the LGA1156 platform. Let's take a look at the technical specifications shall we...

Steve-O-
When I finally upgrade I'll be looking for a quad-core since I do graphic work. Looks like the $930 is still the best deal. The 655 is pretty sweet though for a dual-core.Quote

Diablo
Yeah, they seem expensive for what they deliver. If anyone was going to spend £300 on a CPU (or more), they would go for an X58, and clock the i7 930. The 1156 platform doesn't seem the logical place to stick these chips, although I suppose that intel don't want to put people off buying the extreme edition chips.

Good review, so good for OC3D, but weird price/platform of chips from intel.Quote

AMDFTW
WOW thats extreme for aircooled over 5Ghz on waterQuote

tinytomlogan
the conclusion was difficult tbh as there were so many factors to consider. The 875 is cheaper than the 870 but doesnt seem as good. The 655 goes like stink but costs a good chunk more and seems expensive for a dual but it is 32nm.....

Its a tough one to call tbh.Quote

Steve-O-
I hear ya Tom. Good review regardless. And I think fair scores for both.Quote
Reply