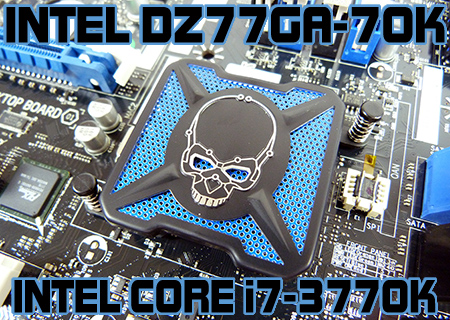 We had a look at a few of the features of the latest Z77 motherboards in our recent review of the ASUS P8-Z77V Pro. However, because we didn't have the 3rd Generation of Intel CPUs to hand it was more of a look as an upgrade. Today we're finally putting it all together in a review of the Ivy Bridge CPU on a Panther Point motherboard. As usual with new CPU releases we'll be looking at the stock performance on the Intel motherboard, and then taking our overclocking on with a third-party motherboard.

Those of you who follow the Intel release methodology will know that today's release is the Tick part of their Tick/Tock strategy, and that means the introduction of 22nm Process Technology. It was only 5 years ago that we first saw glimpses of the 45nm CPUs which were released in 2008 and only a couple of years ago we were graced with the Westmere 32nm CPUs. It's difficult to not be impressed at the amazing commitment to ensuring Moore's Law remains accurate. Although given that even Intel believe 16nm will be the limit of the possible die shrinking with current technology, this might be the penultimate Tick in the Intel release schedule. At least until we're having computers implanted in our heads.

So what's the big change between Sandy Bridge and Ivy Bridge?

Obviously the biggest change comes courtesy of the move from 32nm to 22nm, and that's energy efficiency and low power consumption. The major push with nearly all current hardware is more power, but in a manner than doesn't strip the planet of its resources in a heartbeat. It might seem one of those things whereby a small improvement can't really have an effect, but when you multiply the amount of CPUs currently working, if you can take away even 1 watt per hour you're saving an enormous amount.

The next big addition is the move from an HD3000 iGPU to the latest HD4000, which potentially has twice the performance of the integrated graphics currently residing on Sandy Bridge CPUs. We will be taking a look at that performance claim in another review, but for now the support for Direct X 11, an extra independent display (three instead of the two on the HD3000) and an upgrade from OpenGL 3.0 to OpenGL 3.1 should be plenty to whet the appetite of the casual gaming/on a budget crowd.

For us there is one main point of interest though, and that's the new overclocking options that we have with the 3rd Generation CPUs. Although it's only the extreme high-end that has more headroom, somewhere we'll never push to on air, the extra memory overclocking options and the theoretically lower voltage necessary for our normal "just under 5GHz" overclocking should at least bring some smiles to the party. 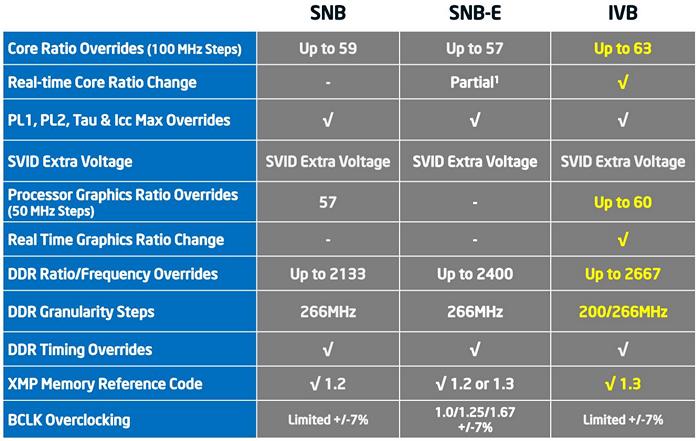 Remember when 1600MHz was quick and 2133MHz was blazing? Of course we'll be seeing what we can squeeze out in our overclocked tests, but for now let's move on to take a look at what is on offer in part one of our Z77/i7-3770K review.

Ghosthud1
so the 95w tdp was bs? lol, thats why i wait for the final published reviewsQuote

ArjenIsM3
Still have to wait till the 30th for availability though