Normally when a new flagship Intel processor arrives we all stop what we're doing and spend the day drooling over the kind of performance we could theoretically have in our lives, if we had a rich uncle who unexpectedly died, or our lottery numbers came up, then we go back to whatever we were doing, secure in the knowledge that anything close to that level of performance was far beyond our means. It must be what it's like if you're invited to test drive a Ferrari and then go home in your Fiat Panda.

However, the market has seen a dramatic shift in recent times thanks to the AMD Ryzen Threadripper range of CPUs. Suddenly processors with enough power to tilt the earth of its axis was within the reach of mere mortals. They have high core counts but seriously undercut the Intel equivalent in pricing terms. Whereas once the Intel flagship comfortably won the title of best processor in existence, now we go into our testing unsure if that is the case. It says a lot about how quickly AMD has given their company a shot in the arm.

It also makes our testing more exciting. Previous you knew in advance that all of our graphs would have whatever new processor we were testing at the top of it, and the end result was that it was amazing but expensive. Now it's still expensive, but will it best the i9-7980XE or various Threadrippers? We don't know. We're very keen to find out.

The two most obvious things about this new flagship Intel processor is an absolutely ridiculous core count and clock speed that promise all the performance you could ever require, and a positively eye-watering price tag. The price tag is nothing new as all flagship Intel processors require a big investment. The i9-9980XE is a fair bit quicker than the i9-7980XE it replaces so hopefully that should lead to some improvements in our performance testing. The big question is how it compares to AMDs Threadripper processors and their much more affordable pricing. 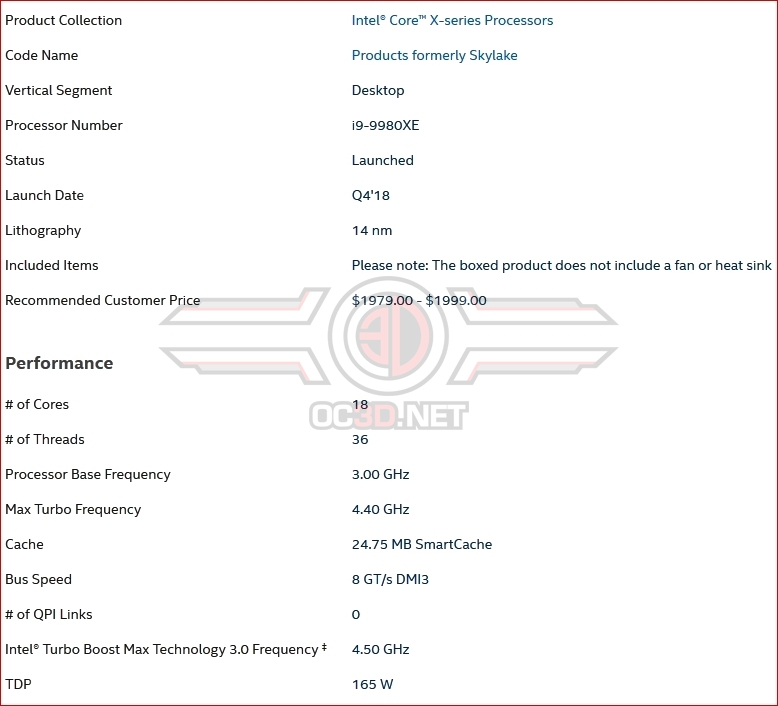 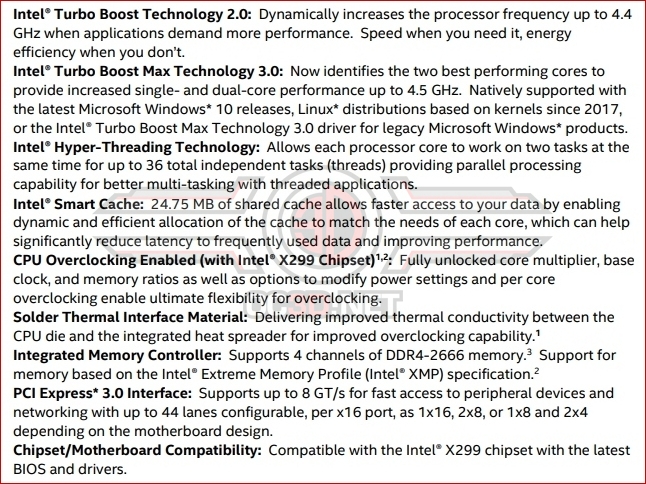 AngryGoldfish
Those are insane temperatures. I mean, it's amazing that we've hit a temperature ceiling with something like a 360mm AIO at max fan speeds. It shows how Intel's CPUs scale with voltage and remain stable. But it feels like such a shame, like such an odd product.Quote

Eddie long
I've watched a couple of overview/reviews of the 9980xe and they all come to similar conclusions as the boss , if you really want intel 18 core your better off with the 7980xe if pushing the clocks is your objective . And at least you can de lid the older one if your brave

TH558
It's official.
Intel has lost the plot!Quote

MiNo
Quote:
How is 68 degrees insane?


If you complain that is gets hot when you start OC'ing then you are missing the point here. This is not a product made for manual OC'ing.


It seems to run perfectly fine, when used as intended.Quote
Reply