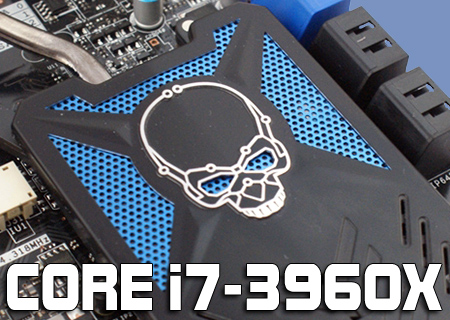 Intel motherboards have always had an air of simplicity to their packaging. Largely because I think they're aware that few people actually choose one as the heart of their system, but equally because they're Intel, and don't need to advertise the fact. In the world where brand names are the most vital factor in customer loyalty, Intel are the Coke of the hardware world.

Despite that we do like the black and blue colour scheme, as well as that impressive skull. Who doesn't like skulls? 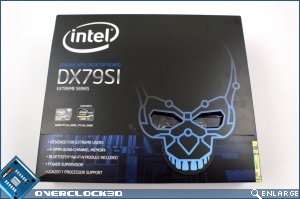 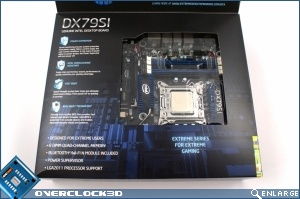 Looking at the board as it arrives out of the box, a couple of things grab us straight away. Firstly the addition of four extra RAM slots to the left of the CPU mean that the heatsink we've all come to love no longer exists. Yet removing the cooling that does remain shows that very little of it is actually important. The central one above the top PCI-e slot is purely for show, and the chipset heat-sink isn't exactly on top of anything large.

The DIMM sockets support anything from Dual Channel, Triple Channel and our new friend Quad Channel, as well as RAM up to DDR3 2400. 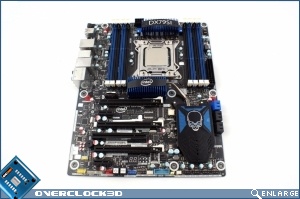 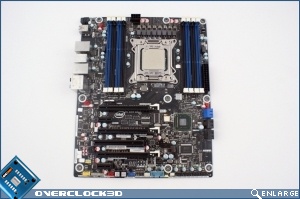 The CPU socket is where we find our second change. Rather than the single-lever design we've all come to know and love, the LGA2011 has two levers applying pressure to the CPU. Although we've never heard of any issues arising from the single lever design, a more uniform retaining mechanism can only be a good thing.

The DX79SI is almost the antithesis of many motherboards we've seen. How often do you find yourself staring blankly at an array of pins and things without knowing what all of them do? Intel have removed the need to study the manual deeply by labelling absolutely everything. If it exists on the board, it's got a label. That does render my job of explaining it all rather moot. However, across the bottom of the board we have the various headers, including as many USB 2.0 headers as we've ever seen. The 7 segment POST display is in an easy to see location, unless you've got Triple GPU of course. The three PCIe sockets are all x16, although the bottom one is electrically x8 and the middle is x8 switchable. 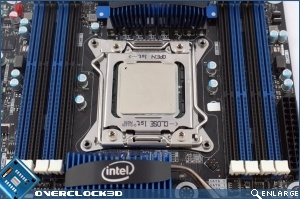 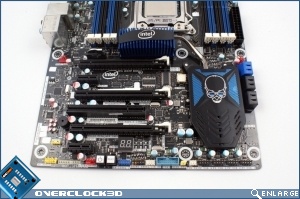 Storage is supplied by two SATA 6Gbp/s ports and four SATA II ports. The SATA II support RAID 0,1, 5 and 10 should you require them. These are provided by the chipset itself.

At the back we have dual GigaLAN, six USB 2.0 ports, two USB 3.0 ports, a FireWire and the jacks for the RealTek ALC892 audio. 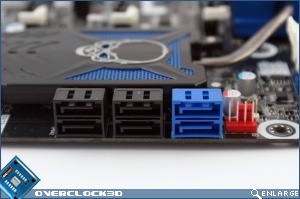 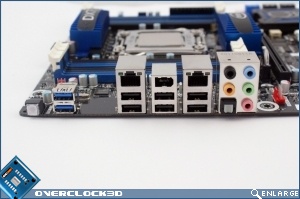 dugdiamond
if the future SR-3 has two of these babies on it..... where do i sign

CocaCola
Great review Tom. SB-E is totally awesome. Wish I had the budget to build a SB-E system. One can always dream?

yassarikhan786
Brilliant review as always. Amazing performance at stock and Intel have done it once again