An awful lot has occurred in the hardware world since Intel last launched their 9th Generation of CPUs. Unquestionably the biggest thing is the launch of the AMD Ryzen 3rd Generation which brought clock speed increases and refinements to the high core count of the Ryzen range, with the additional benefit of the X570 chipset supporting PCI Express 4.0.

As anyone who has either read or reviews of those products, or just been checking in on hardware, in the interim will know they were excellent processors at competitive price points. The days when only the fans brought AMD products and everyone else brought Intel are consigned to the history books. In fact, for the first time since almost as far back as we can remember, it is Intel who needs to prove themselves with their new processors.

On the one hand the Core i5-10600K, a processor which finally shows that Intel has moved on from the Core i5 being a none hyperthreaded CPU as it has six cores and twelve threads available to it. You only have to go back a couple of releases to the Core i7-8700K to find that kind of core and thread count, which demonstrates how seriously Intel is taking the AMD threat. At the flagship end of the 10th Generation Intel range, we have the Core i9-10900K, a CPU which ups the ante from the famous i9-9900K to bring 10 cores and 20 threads to bear.

However, mere core count alone isn't the only reason to get excited about the new processors. Let's see what else has been squeezed onto the silicon.

The standout feature - and not just because it's in gold on this table - is the clock speed. Intel has long been the clock speed kings, and it's still an area that AMD can't quite match. With this advantage in their pocket, Intel have doubled down on maintaining this by introducing the 3rd iteration of their Turbo Boost Technology, which can push the Core i9 well over the 5 GHz mark. In fact, out of the box, the Core i9-10900K can manage 5.3 GHz on single-threaded applications, and 4.9 GHz across all ten of its cores. Certainly, if you're a gamer who wants the maximum clock speed for those sky-high frame rates, then it already looks an attractive prospect.

Although we're focussing upon the two CPUs we have for review, the eagle-eyed amongst you will have spotted that hyper-threading has even made its way down to the Core i3. Yes, the base model 10th Gen Intel CPU is now the 4C/8T count that owners of the famous Core i7-7700K are used to. Oh my, how times changed.

One area that we're constantly surprised by is how much of the tech that used to be reliant upon motherboard designers to implement is now built-in most new mainboards, at least outside of the budget space. In the case of the 10th Gen Intel CPUs that's Intel's Wi-Fi 6 AX201 for smooth, fast wireless connectivity. Equally, for those of you who either prefer the security of cabled internet, or just like the solidity of a hard connection the Ethernet has been boosted from the GigaLAN we've been used to over recent history to a 2.5G take on theme, letting your network push even more data. On the subject of increased bandwidth the Thunderbolt 3 has really made its mark on this new Intel platform pushing data through your Type-C connection at hitherto unseen levels. 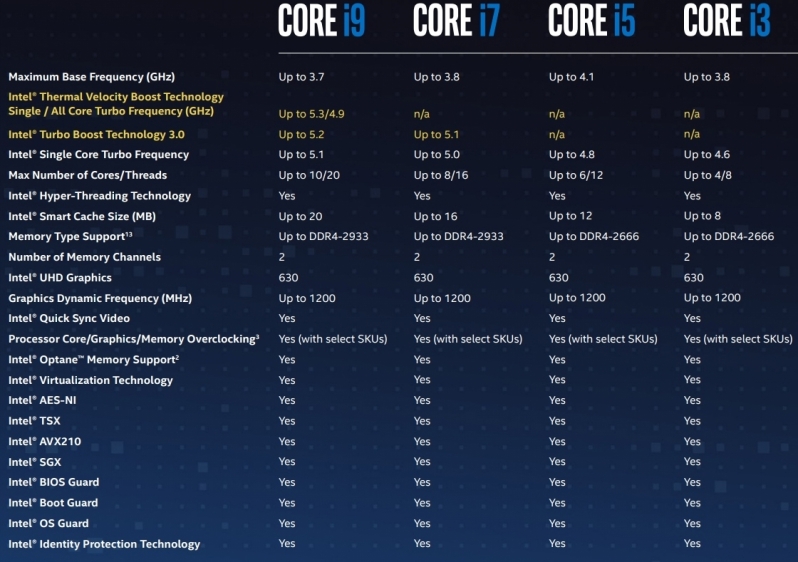 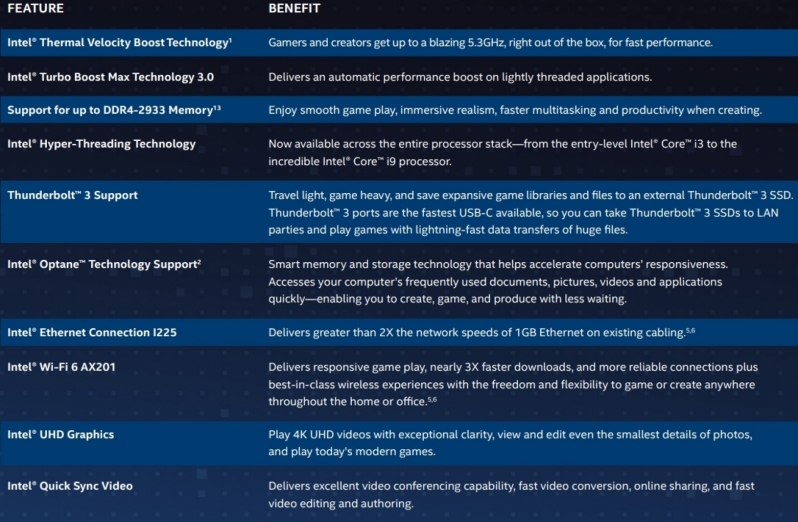 Intel has adjusted the way the TIM works which should hopefully reduce the chances of you banging up against any thermal limits, but instead let you overclock further with less substantial cooling solutions. 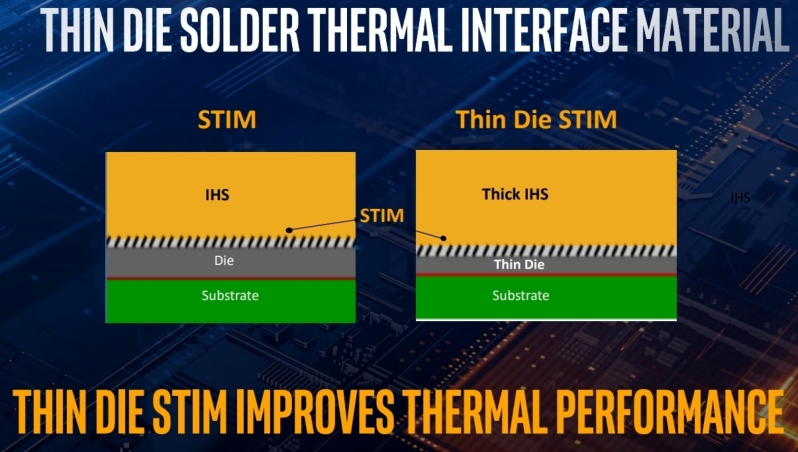 Overclocking the 'best' core is something that has appeared recently on CPUs, and the implementation on the Intel 10th Generation CPUs should allow those of you who prefer to let your system take care of your clock speed boosts get even more performance from them without having to fiddle around in the BIOS manually.

Naturally, you can delve deeper into the finer details if you so wish, but for the majority of users we'll be plugging it into our gaming rigs and looking for blazing clock speeds whilst also giving us plenty of cores for sharing our recorded exploits with the world, so let's look at our test system and overclocks.

AlienALX
Thanks very much for the written review Tom. I just read it all.

The 3900x dropped to £414 today with a cooler. Exactly what I guessed would happen. Prices on the 3950x haven't dropped at all, I kinda suspected that too.Quote

looz
Glad to see the old 8700k is holding up well.

But on a more serious note, at least until 4th gen Ryzen, that's pretty hard to beat for a gaming setup.
Binning and the stock situation of 10900k makes me think of it as a halo product with pretty scarce availability.Quote

WYP
I'm currently looking up ways that he can bolt those desks together to make it wobble less. Lol.Quote

It's my prediction the next gen of Ryzen will wallop the final nail in.

We just have to wait a few more months to see...Quote
Reply