The Search for 5GHZ 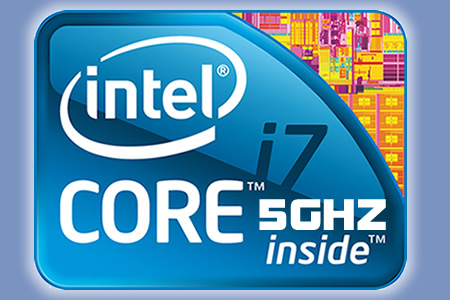 The search for 5GHZ on air!

Back in August OC3D we lucky enough to review the new i7 970, the first of the non extreme branded hex cores from Intel. It became apparent very quickly that this was not a CPU that wanted to be left at stock clocks twiddling its thumbs. Oh no far from it my good friend this was a CPU very much into the dark side of life, my mind is immediately thinking of abuse and bondage but I think that's just a hint at what goes on in my mind rather than what the CPU actually is capable of.

4ghz at 200x20 with 2000MHz RAM clock was 100% stable at just 1.225v, now this is far from abusive, some would say that's hardly stretching the old girls legs! So on we plodded looking to see how far we could push the CPU, keeping the main settings the same and just playing with the multiplier and Vcore brought us 4.8GHz 24x200 with 2000MHz RAM very easily. 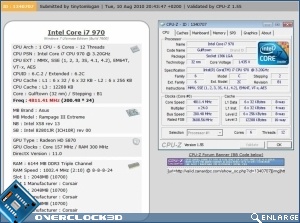 Sometimes the amount of time we can get to spend on a review can be very limited, the 970 did leave us feeling that with a little extra time it had more to offer. 4GHz is all too easy with Intel CPU's its practically expected, 4.5GHz isn't that hard for the more extreme CPU's either. So with this in mind and knowing we had already achieved  4.8GHz there was a glimmer of hope that we might, just might be able to crack the 5GHz barrier!

Well with a few tweaks based around a 1.525 Vcore and the clock set to 200x25 we cracked it all on air cooling. Many of the regular readers know the Noctua NH-D14 is my weapon of choice and just so happens to be the air cooler that stopped me fussing around with water cooling all the time, I think this quite easily demonstrates why! 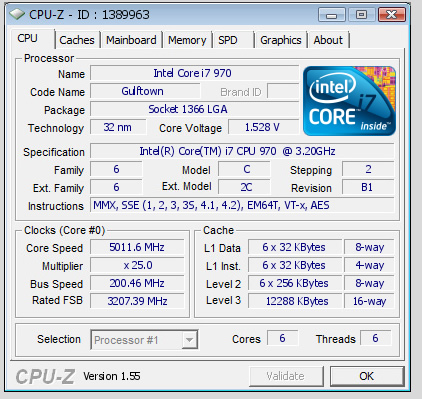 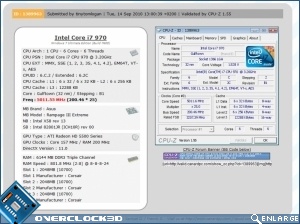 We need to clarify that these clocks were not stable for 24 hour use, neither would we suggest any of you intend on pushing your volts this high. But it was something we felt we had to do to see how far we could push the old girl without breaking her! Now we feel its time to wrap this up, we did consider hiring a complete brass band but Im quite happy to leave it here with us just blowing our own trumpet! Subzero session next maybe....? Discuss your thoughts in our forums.

El Gappo
SOoooooo when you joining the 6ghz club?

tinytomlogan
Quote:
Might have to move to the arctic first mate.... Or find some other way of getting subzero.....

chudley
Cant wait to get my prize from Noctua, not that I will be expecting to reach 5ghz, but I defo will be trying to up my cpu speed a bit

silenthill
I just like to know if you could play any new game for around two hours without blue screens or freezing screens because Im sure you havent tried it, forget about benchmarks and prime 95 thats all a load of bull and if you can get crysis to run for two hours without any problems then my friend your system is as stable as can be. Prime 95 is software that stresses the cpu 100% which in real life never happens because most new game these days rely mostly on the gpu, so if you are a gamer like me and not interested in HD encoding then your 5GHz is fine and stable.