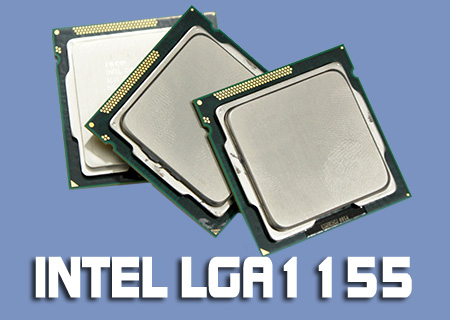 Evolution is one of the most important things in the PC Hardware marketplace. The constant need to improve your product to be faster, more energy efficient, lower priced and more attractive to the audience is vital if you're to stay ahead in the technological war.

The real secret, the holy grail if you will, of a license to print your own money is to have something that hits the sweet-spot in ever category. If you can get a hyper-desirable product onto the marketplace at the right time, and the right cost. Probably the biggest recent examples of this are the iPhone and the Nintendo Wii Fit. Two mighty products that were instant successes and have held their value long after the initial buzz has worn off.

Back in the PC Hardware world this desirability has to come with longevity. It doesn't matter how much people want something if it's going to be obsolete in a few months, or even worse if they believe it will. The Intel LGA1156 socket, which was the value alternative to the mighty triple-channel LGA1366 had exactly these problems.

Initially coming hot on the heels of the LGA1366 Core i7s it was marketed as the more cost-effective choice. Unfortunately whilst the i7-870 is a complete nutter of a chip it was a long while before decent value chips appeared. By that point everyone had either saved up the extra for the 9 series of Core i7 Processors, moved to the Hex-Core AMDs, or heard the rumours that Intel were making a replacement for that socket.

One of the biggest benefits that AMD have is in their use of AM3 socket for many years. So you can purchase a setup safe in the knowledge you can keep upgrading for many years. The Intel Socket 775 was the last one that came from the Blue stable with a major shelf life and, thanks to its continued good performance, is still popular.

So where does this leave the recent Intel releases? The LGA1366 has been around for a while, but will soon see a replacement, and the LGA1156 has barely lasted 12 months before something new is on the scene vying for your attention. Although nobody is silly enough to expect to be future-proofed we'd at least like the ability to have something we can put one new generation of CPU in before we have to bin it off, so the new LGA1155 needs to be very good indeed to wash away some of the bitter taste that such a swift change leaves.

The i5-2300 is definitely the lower model of the bunch on test today, being 500MHz slower than the 2500K which looks like the it should be the sensible choice if Hyper-Threading isn't the be-all and end-all of your needs.

Delusion77
considering these are mainstream cpus - they are really good. I dont like how they overclock tho... just seems silly to me.....Quote

BluntForce
Id like to see them swinging in a good video crunch session.Quote

Filekutter
Wow. Just.. wow. I agree with the Turbo-only mode being a tad obnoxious though. But, otherwise quite nice looking chips and awesome vids. Thanks mucho!Quote

MeltedDuron
absolutely brilliant review Tom! wasn't expecting this when i woke up this morning. That 2500K definitely looks like the next must-have chip