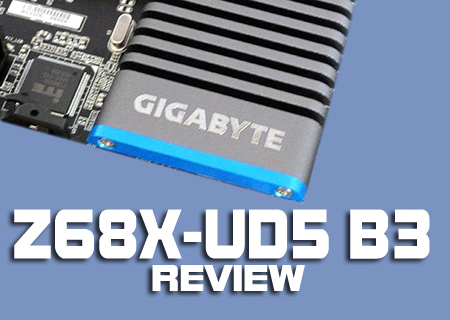 The LGA1155 socket has had a difficult birth since its first appearance on the scene a few short months ago.

Firstly we had the problem with the early P67 chipsets and their SATA ports causing data loss on certain channels. Intel went away into their R&D department and came back with the B3 Revision of the P67 chipset and all seemed right in the world. We saw a rapid influx of motherboards all bearing the B3 branding and it seemed that finally the LGA1155 had settled into the slot vacated by the short-lived LGA1156.

Apparently solving the P67 problems weren't the only thing Intel were beavering away at, as following the B3 Revisions out the door, so close it must have been bumping into it, is the Z68 Chipset.

So what does this bring us that the P67 doesn't? Surprisingly little to be honest. The major difference is the inclusion of Intel Rapid Storage Technology (IRST for brevity), which we'll discuss in a few pages time, and the inclusion of a version of the Lucid chip on those motherboards that have integrated graphics. Otherwise the differences are largely manufacturer specific.

Today we're following up our preview from earlier in the week to bring you the full review of our first motherboard with this chipset, the Gigabyte Z68X-UD5 B3. Quite why it needs the B3 revision designation from the P67 series when it's a new chipset we're not certain, but it speaks volumes about how little difference there is.

So what has the UD5 got in store for us?

Firstly it isn't one of the models that has an integrated graphics card, so we have no Lucid nor any integration to test. Secondly it has got the IRST which can speed up a HDD by using a SSD as a cache drive. Finally it has a version of the excellent EFI BIOS, but I'd hold onto your bunting for just a moment.

Time to take a look at what we have.

adamjamesroe
Looks ok, but a bit expensive, nice review though.

SieB
Not as impressive as I thought it was going to be but as said it's not a bad motherboard. Z68, apart from the addition of SSD caching doesn't really seem worth it tbh, I know some of the boards offer the use of the IGP but if you are spending over £150+ on a motherboard it seems a waste to use the IGP and not a proper GPU.

Combining the use of the IGP and being able to overclock both IGP and CPU is good, but again if you are spending money on a decent motherboard i'd say it's best to go with P67 with a proper GPU or a high end Z68 motherboard with a proper GPU. The SSD caching is good but i would like to see the tech mature a bit to see what it is fully capable of on future motherboards.

Luger718
the igp can also be used for encoding