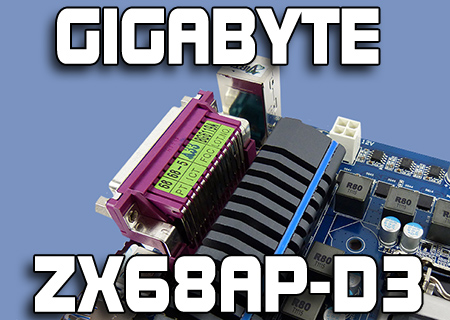 Storage options are well catered for with two SATA 6Gbp/s ports and four SATA 2. We also have something new on the Z68AP-D3 and that's the inclusion of an M-SATA port. 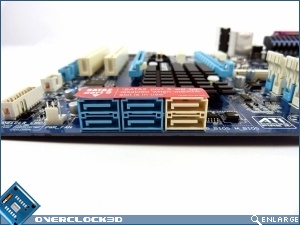 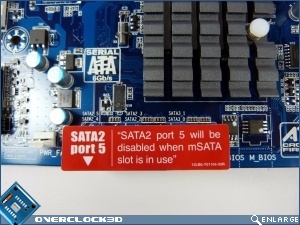 mSATA is something far more often to be found in Netbooks. It's a 1.8" form factor but with SATA2 speeds. Useful if you've got a spare tiny drive somewhere, or want to migrate from a portable option onto the D3.

The CPU area is the one place on the D3 motherboard where the difference between this and the more enthusiast motherboards is clear. Only a single CPU fan header, a 4pin rather than 8pin CPU power connector and a lot less power-phases. 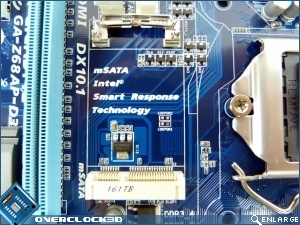 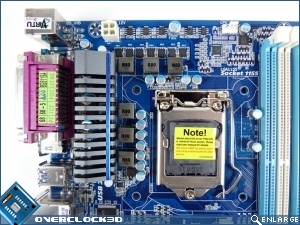 Yes those really are a parallel port and serial port on the rear of the D3. With a reasonably short amount of USB ports and the many other things we've come to expect on the back of our motherboards something has to fill the space, and it does follow on from the general upgrade design philosophy. Although if you've still got a LPT printer then you'll probably experience future-shock when you realise it's 2011. 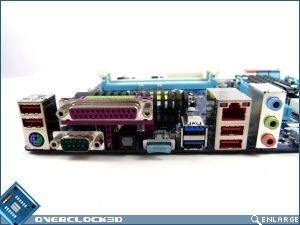 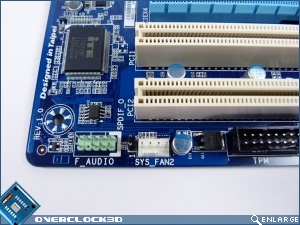