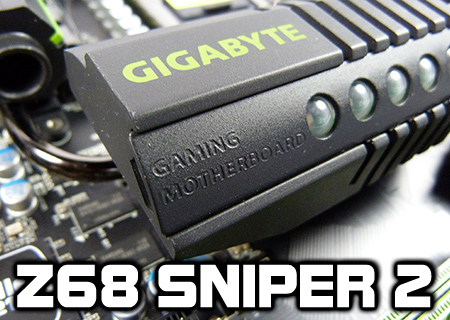 Throughout the history of PC Hardware there have been various changes that have improved the overall usability of Personal Computers.

From the invention of DIMMs through the Plug and Play revolution it's become easier and easier to work with hardware. However, like many things about computers just because the hardware was the same it didn't mean that the results were. Even with the X58/AM3 Platform there is a lot of tweaking and fiddling in the BIOS to do before you could extract the maximum performance and stability out of your rig.

SandyBridge pretty much eliminated all that. The chipset had reached such a peak that, barring slight variances, it almost doesn't matter what motherboard you choose to use as the BIOS is dead simple to use and the reliability of the performance so easy to gauge. Whilst this is great for the average user it's a bit of a pain for both us, as we haven't got as many tools to play with to extract the maximum performance, and also for the motherboard manufacturers. If a bottom of the range motherboard can give similar performance to a top line one, then who would buy the top line ones? A rethink was needed and it's led to the major difference between a low-end and a high-end mobo being the bells and whistles that are supplied.

Bells and Whistles were most definitely evident in the Gigabyte G1.Assassin X58 motherboard we reviewed recently, and now we have its Z68 brother, the Gigabyte G1.Sniper 2. Replete with more additional technology than you can shake a stick at it's most definitely aimed  at the premium end of the marketplace. Does it deliver enough to separate it from the pack?

There are three major upgrades on the Sniper 2 when compared to most Z68 motherboards. Firstly the PCIe x16 slot is marked as compliant with PCI Express 3.0 specifications. Secondly it comes with a Creative Soundcard built in, rather than the standard ALC889 Realtek audio. And finally we have the inclusion of the Bigfoot Killer NIC, for all your low-ping gaming needs.

We've a lot to get through, so let's crack on.

SieB
I really hope that the price of this board will come down and that it is priced so high because it is being marketed as being PCI-E 3 and Ivy Bridge native and that retailers are just charging extra to cash in on it.

The thing is now that we know that all Gigabyte boards are PCI-E 3 compatible with just a simple BIOS update, then that makes the UD7 the better and cheaper board. Ok, so it may not have the sound card and the NIC chip but these have been proven to be not that much of a improvement over standard ones at a lower price anyway, so is it really worth paying the extra for them? No, in my opinion anyway.

badtaylorx
awwww....no shots of the "this is not a real gun" sticker??? Tell me yer gonna use it as a case vadge!!!Quote

OOPS ... about the price