Like so many of the Z370 motherboards we covered the majority of the features of the Gigabyte Z370 Aorus Ultra Gaming in our preview which you can read here.

For those of you who've already seen that, then the quick reminder is that the Aorus range has some of the most impressive lighting options currently available on the market, and the Ultra Gaming is the flagship model in this series that has a very affordable price tag.

Whenever something is cheaper than the competition it either means that the rivals are seriously overpriced, or that this particular model is a little less capable. Gigabyte have really stepped their game up of late, so maybe the Ultra is merely affordable as a way to get your custom, rather than indicative of anything more sinister.

Feature wise, as we showed in our preview, the Ultra Gaming covers a huge amount. The fantastic audio capabilities are only matched by the tremendous amount of lighting options that include the all-important RGBW headers which allow us crystal clear whites on our LED strips as opposed to the slightly blue hue you normally get from mere RGBs.

In fact the only things we can see which are missing are a heatpipe connecting the VRM heatsink to the main backplate heatsink, only two PCI Express slots with the steel armour, and no heat spreaders on the dual M.2 slots. Of course the big question is how does it perform? 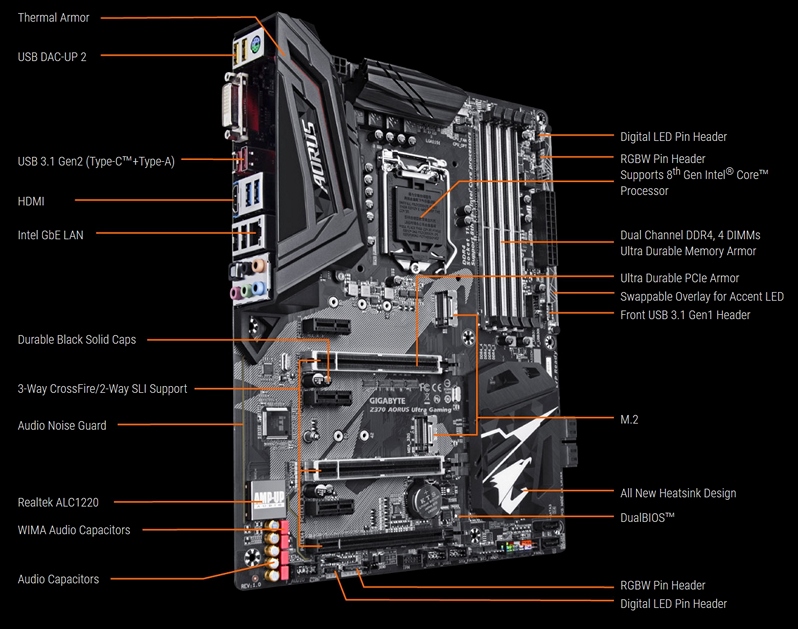 Eddie long
Very diplomatically put Boss . It almost if they just put them out now almost hopping no one will notice , then if they do then they will think about a fix .Quote
Reply