The Gigabyte X570 Aorus Xtreme is the perfect encapsulation of our sliding scale of packaging theory. At the bottom end the packaging is minimalist because there is nothing to shout about, in the midrange it's awash with logos and arrows to try and make it stand out from the dozens of others, whilst at the premium flagship end of the market, a place which the Aorus Xtreme most definitely resides, packaging design returns to being minimalist because they trust the consumer to know what they want. It's the same school of marketing which governs how you get adverts for Ford and Chevrolet on TV but never Ferrari or Rolls Royce. 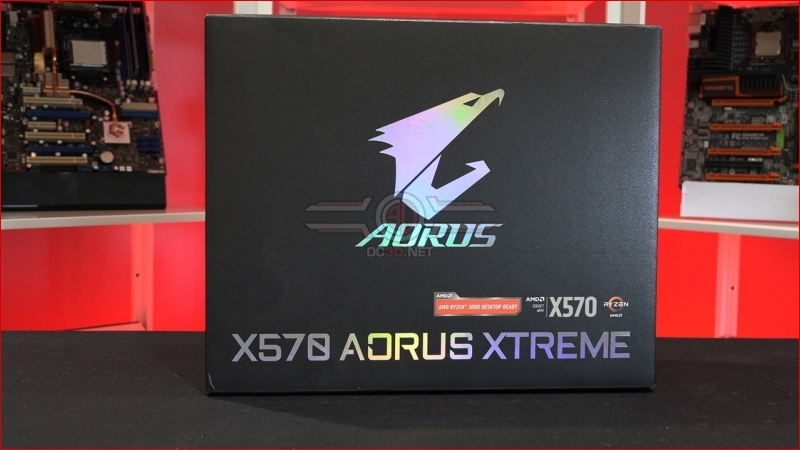 The Thermal Armor we saw in an exploded diagram on the previous page comes together on the actual product into a very singular design that looks like it has been largely hewn from a single piece. You might be wondering how such a broad covering lets you plug things in to the motherboard connectors. We'll come to that in a moment. For now enjoy the smooth lines of the Aorus Xtreme and enormous backplate that works in conjunction with the Thermal Armor to spread heat as broadly as possible so your fans can dissipate it from your case with ease. 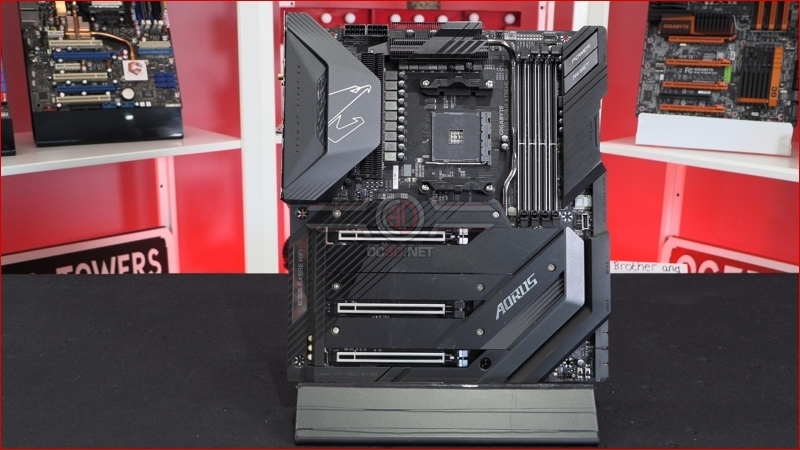 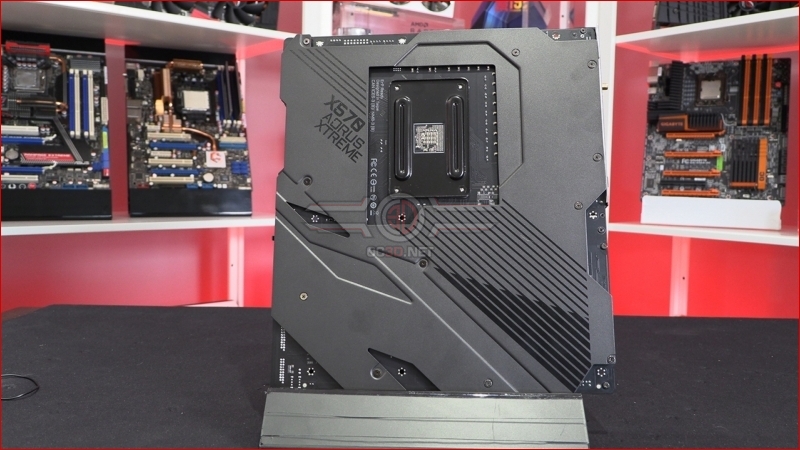 Something we saw on the Aorus Master also makes an appearance on the Xtreme, namely the heat pipe that connects the north-most VRM heatsink to the main chipset heatsink. This ties all the board together and, much like the backplate, helps spread the load, lowering the average temperature of the components and giving your cool air intakes more of an opportunity to do their thing. 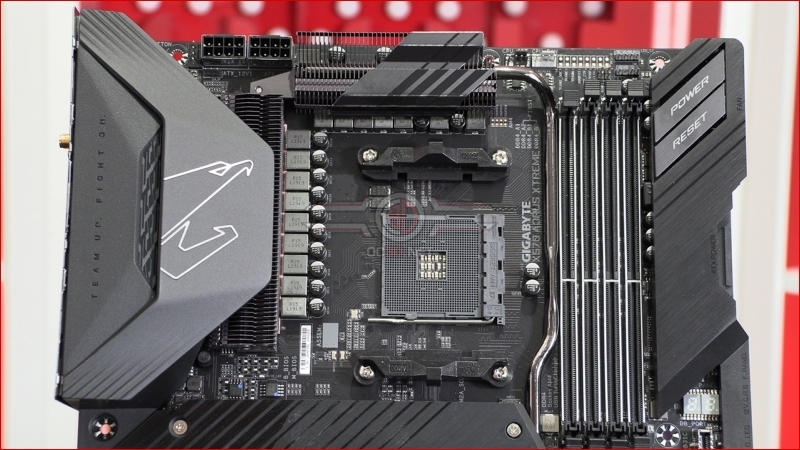 The Aorus Xtreme has three M.2 slots and three PCI Express 4.0 slots. Given the extra bandwidth afforded to us by the latest PCIe 4.0 specification it makes perfect sense to expand our possibilities. Anyone for three NVMe drives? 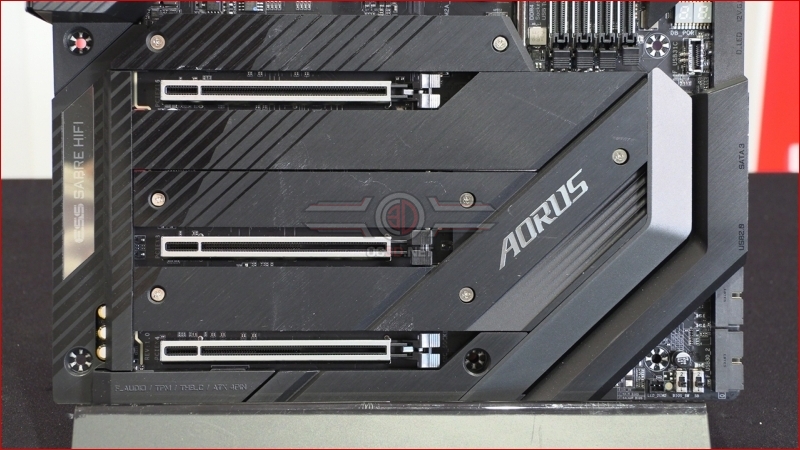 With the potential to unleash 70 Amps it is understandable that the Aorus Xtreme has two eight pin 12V CPU power inputs. We are also pleased to see that both of them are reinforced, particularly given the predilection for PSU manufacturers to give us exactly the bare minimum cabling possible and not a millimetre more. 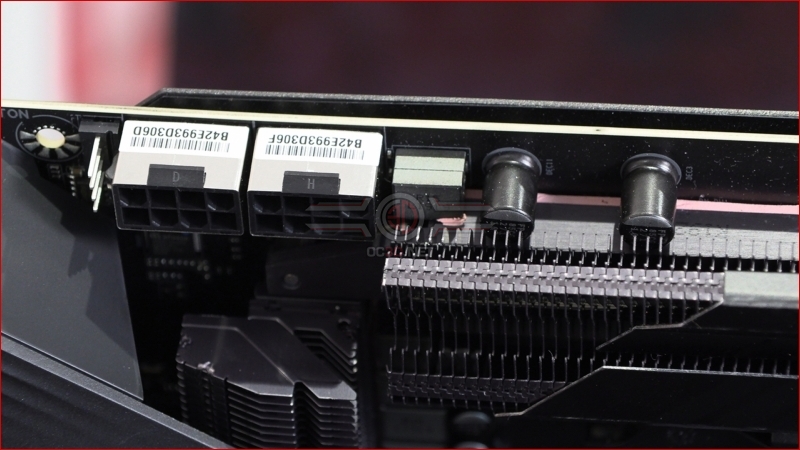 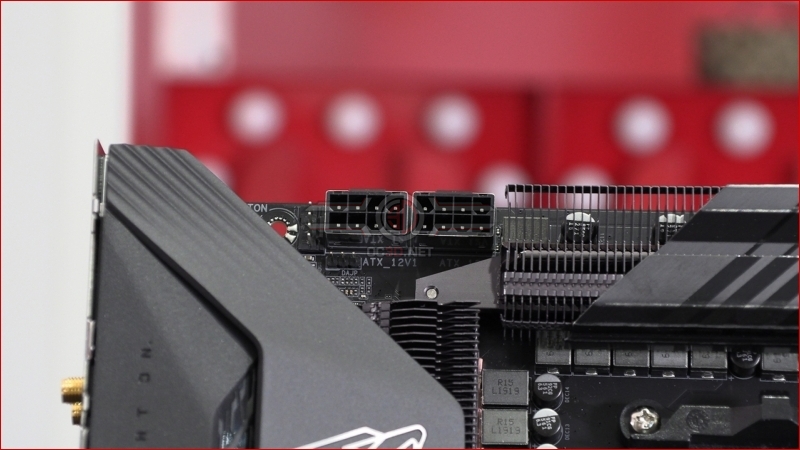