For the VRM's we test in a case to simulate the kind of results you should expect at home both at stock but with DOCP enabled to give us 3600MHz memory speed and with our stated maximum CPU overclock which today was 4.4GHz on our 3900x. We run OCCT in linpack mode with no AVX and 90% free memory used for 30 minutes. The maximum VRM temperature shown is the result used in our graph.

150c Indicated results. Its become apparent to us that Asus do not show VRM temps for all of the motherboards we have reviewed so far, we have contacted Asus directly about this but we have yet to have a satisfactory answer. All of the boards do have VRM temperature probes but on the Strix, Prime and TUF board they are actually blocked in the BIOS meaning no software can actually access the reading. Asus' only answer to this was to manually add our own probes to the board using a handheld Fluke temperature probe but to make this scientifically fair it would have required retesting all of the motherboards. This would take a couple of days to do correctly because of having to strip motherboard heatsinks down etc and really isn't going to help any of you at home when you cant actually monitor your own temps and its because of this we find it completely unacceptable. Its because of this we have set them in the graphs to 150c, they are not that hot but because we don't actually know how hot they actually are we actively want them to look bad in the hope that Asus come to their senses and make that tiny change in the BIOS so all of you at home can keep an eye on your systems too.

Now while the Xtreme isn't the coolest of the pack, loaded VRM's staying this cool are an amazing achievement and testament to how much time and effort Gigabyte have put into power delivery on this board. 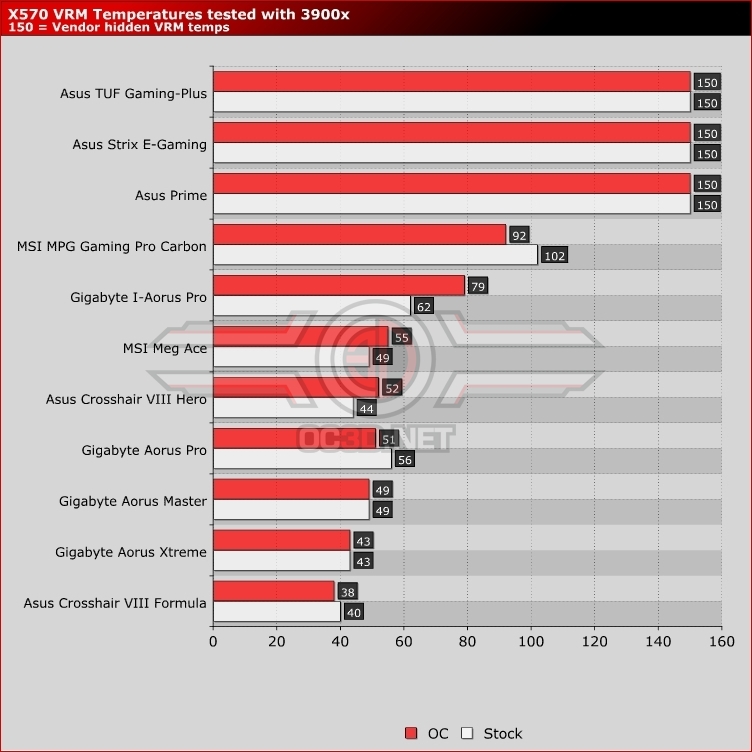 Although our overclocking efforts always try and push the CPU to its absolute thermal limits and thus this graph isn't all that useful as far as the overclocking results are concerned, it does at least demonstrate how efficient the motherboard is and the kind of heat generated you can expect. When we're limited by the abilities of the CPU itself it also shows how much/little voltage is needed to hit our silicon limits. 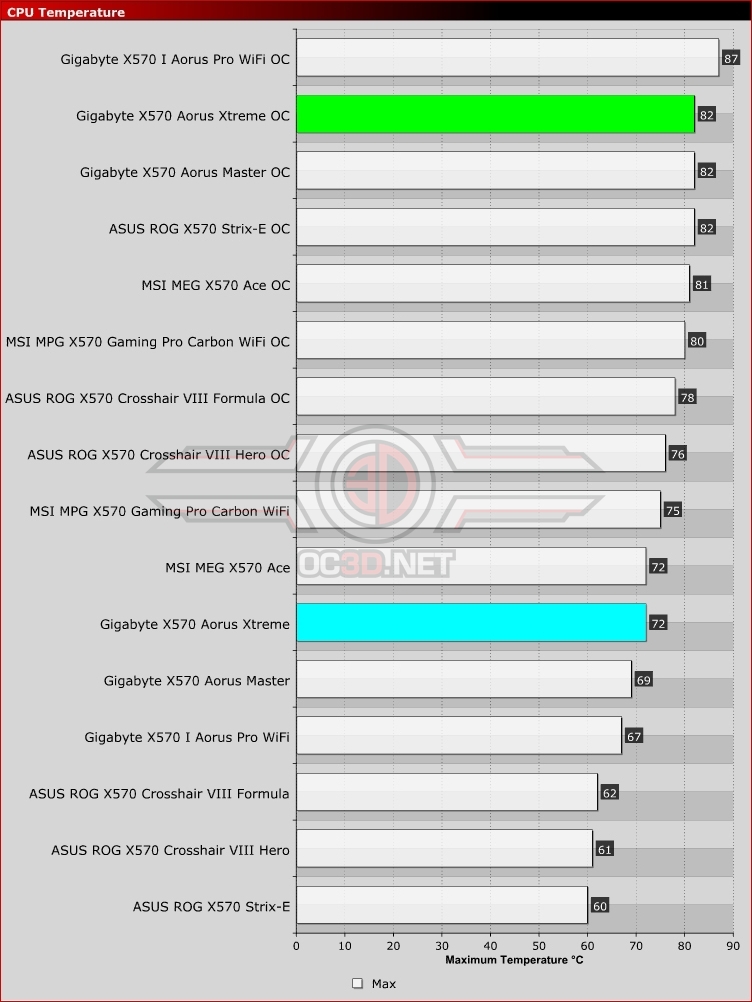