Without question the star attraction on the Gigabyte X570 Aorus Xtreme is the power design. We have often spoken about how Gigabyte's design team approached the problem of power and how they have swung and missed a little more often that anyone would have liked on some of their recent designs. With the Aorus Xtreme all that is instantly consigned to history. The Master and Pro we've already previewed gave us a warm feeling but the Xtreme ups the ante not only for a Gigabyte motherboard but for pretty much anything currently available. With an eight layer PCB utilising twice the amount of copper the rigidity and overclocking potential are already greatly increased when compared to a standard design, but the implementation of the power phases themselves is something we think will make everyone sit up and take notice. 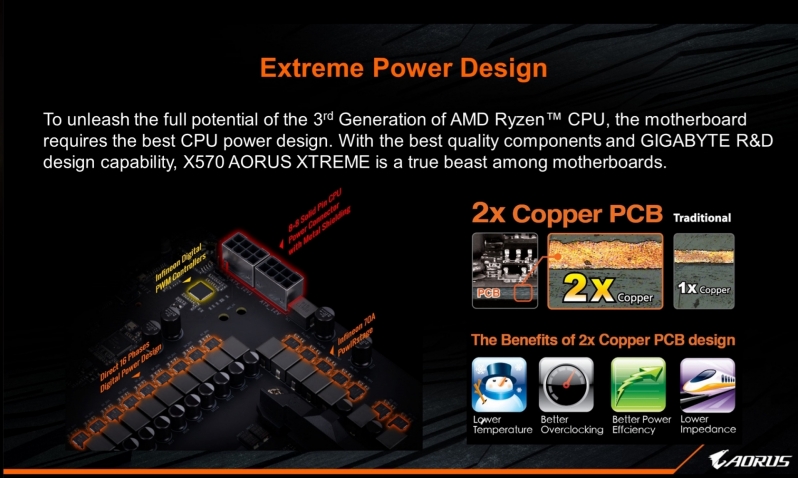 Usually high power phase numbers are obtained by either wiring the power phases in parallel or utilising doublers to obtain the necessary total. With the X570 Aorus Xtreme Gigabyte have gone all out, giving us Sixteen (16) individual phases. Sixteen! This allows for an absolutely insane 70 Amps. If you've ever felt that your LN2 wasn't being utilised to its fullest or that power delivery was the limiting factor when you were attempting to break overclocking world records then you can worry no longer, as 70 Amps should be more than enough for even the most hard core enthusiasts. Gigabyte deserve a lot of praise for turning a historical weakness into a current (ha) strength. 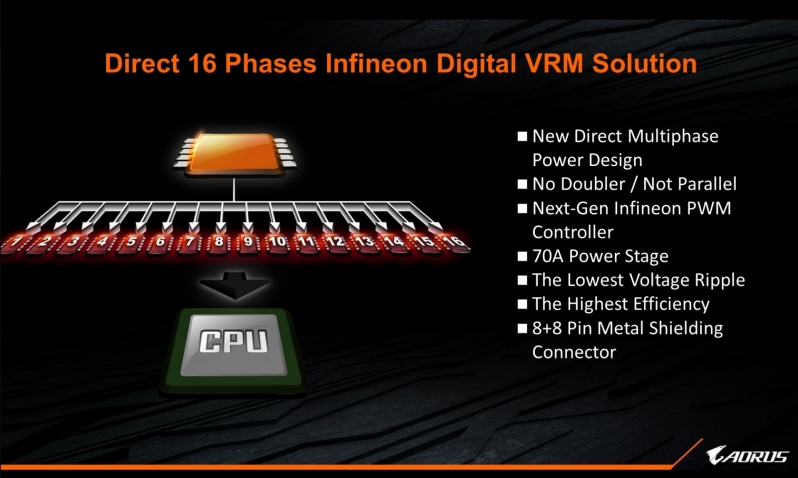 The inclusion of PCI Express 4.0 onto the X570 chipset is something that has had us all salivating at the prospect of 6 GB/s M.2 drives and/or graphics cards that have even more bandwidth with which to fill our vision with eye candy. Although the AM4 socket has AMDs usual backwards compatibility to make the most of the higher bandwidth afforded by the PCI Express 4.0 specification you will require one of the new 3rd Generation of AMD Ryzen processors. 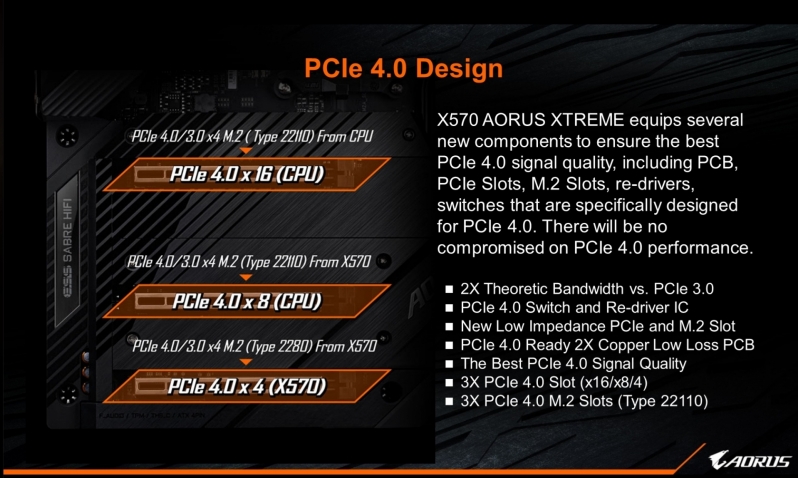 Even with the best Threadripper CPUs on the AMD platform one area where Intel usually has the edge is in the memory bandwidth department. With the new 3rd Gen CPUs and X570 chipset that should be a thing of the past, especially on the X570 Aorus Xtreme which supports up to 4400 MHz XMP. Obviously we know that XMP profiles are usually a starting point for some truly serious overclocking, so it's great to know there is such an intense baseline from which to work. 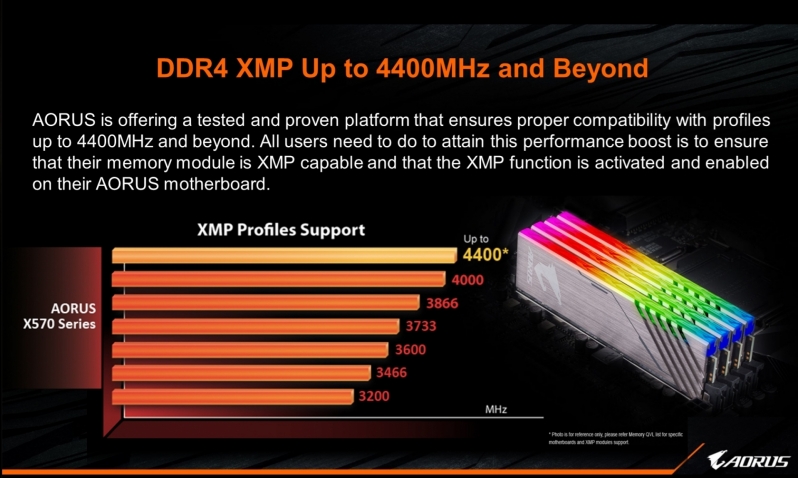 It isn't solely storage drives, CPU Amp potential and memory bandwidth that has seen a massive leap forwards on the X570 Aorus Xtreme. Like all the X570 chipsets we've previewed it comes equipped with Intel's latest WiFi 6 802.11ax wireless solution. With significantly increased bandwidth for all your wireless devices and the inclusion of the latest specification Bluetooth 5 which promises a much longer range, the days of connections falling over just because you've stepped out of the room for a moment should be a thing of the past. Naturally you'll require the hardware to utilise all this leading-edge technology but if you have then your PC will no longer be the limiting factor. 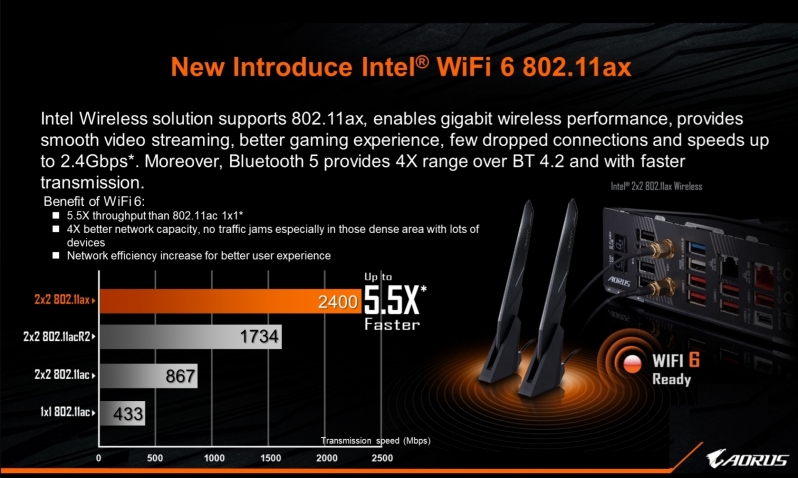