The second motherboard in our preview batch comes courtesy of Gigabyte and is their X570 Aorus Pro. Whereas the Master, like the Extreme, had all of the latest technologies on board for the ultimate enthusiast, the Pro doesn't diminish the important features whilst not making you pay a high price for elements you cannot take advantage of, such as the 2.5 GbE LAN or 802.11ax WiFi. It's very much the mainstream offering. There is no compromise on the power delivery with a 12+2 phase IR solution. Just like the Master the Pro is equipped with the latest generation of Gigabyte heat sinks that combine a high thermal throughput heat pad and high fin density cooler. We'll look at that in more detail on a subsequent page. There are also two M.2 slots, 3 PCI Express 4.0 slots and the latest USB 3.2 Gen2 for all your compatible devices. 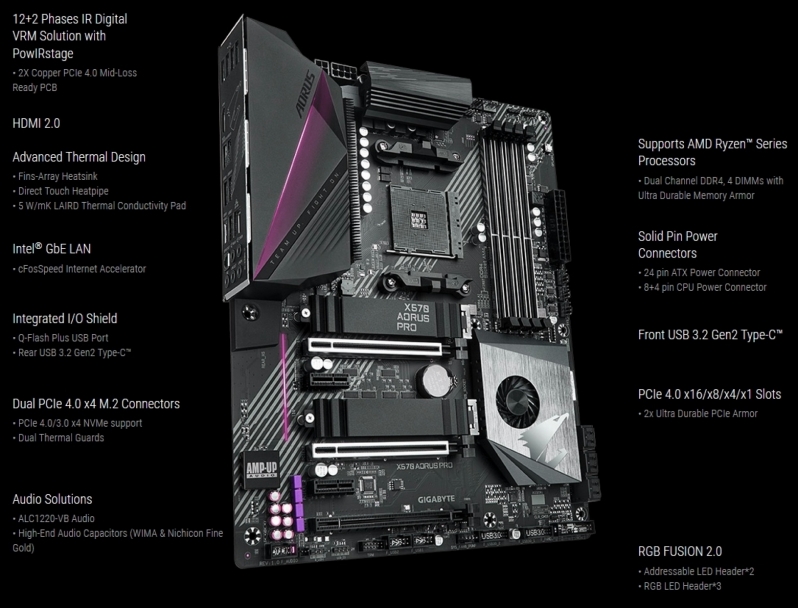 Needing to keep everything cool is a key element when providing a smooth and consistent user experience. Anyone who has ever owned hardware which often got thermally limited or down clocked when the going got tough will appreciate the ability to both monitor your temperatures and also plug in enough cooling to keep even the most demanding setup sated with cool air. The Pro has 7 internal temperature sensors, 7 hybrid fan connectors letting you place your pump or high Amp fans wherever best suits your layout, along with two external temperature sensors letting you keep a close eye on other areas of your system. 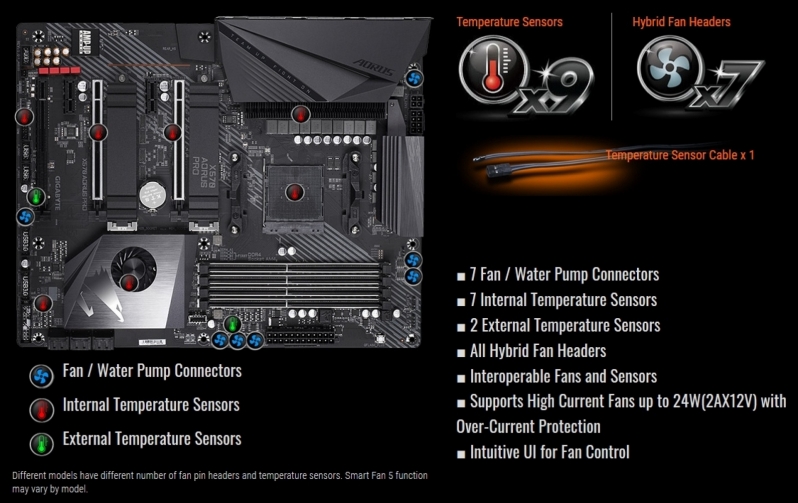 Let's see it in the flesh.

Maybe your board is engineering sample ? ?

Apart from that, nice to see you back in business

cooperman
How can you check out a mobo without a cpu for it?......Quote

Wraith
Quote:
Because it supports previous AM4 CPUs..