It's amazing how resilient some companies can be. There was a period of time a few years ago where Gigabyte appeared to have lost their way, neither pushing the boundaries of performance nor looks. For a company that provided the motherboards an awful lot of us long-term PC owners have used at one point or another it was a bit of a surprise how quickly they went off course. However, the introduction of the Aorus range shows Gigabyte are trying to compete with the heavy hitters of the industry at least from an aesthetic/design standpoint, now they only have to catch up with the hardware and BIOS!

Gigabyte have a serious commitment to busting out the spangliest of bright and spangly lighting. Instead of just going for a logo or two in various hues, the entire motherboard lights up like Berlin underground warehouse party at Mardi Gras. It's a similar process to whenever you grab a new game with a ton of DLC available, play an hour or so and decide it's the best game you've ever seen and promptly spend your monthly budget on skins and doodads, only in this case it's Gigabyte's mighty purchasing power doing it with anything remotely RGB that fits on a PCB.

If you've been waiting patiently for our full review of the latest iteration of the excellent Aorus range, then pull up your favourite beverage and settle in.

Largely the X470 seems to be a slightly revised version of the X370 chipset. As we saw on the ASUS Crosshair the Gigabyte Aorus Gaming 7 follows a similar path of being very similar to a the X370 - barely a year old - with a few additional features to keep it cresting the wave of the leading edge of technology. You have support for the 2nd Generation of Ryzen CPUs, but there is also support - as is often the case with AMD - for the earlier processors too. So owners of a 1st Gen Ryzen aren't left behind.

Gigabyte have applied a lot of their familiar Aorus accoutrements to the Gaming 7 too. We have the RGB Fusion, which is the glitziest lighting currently available on almost any hardware we can think of, regardless of type. 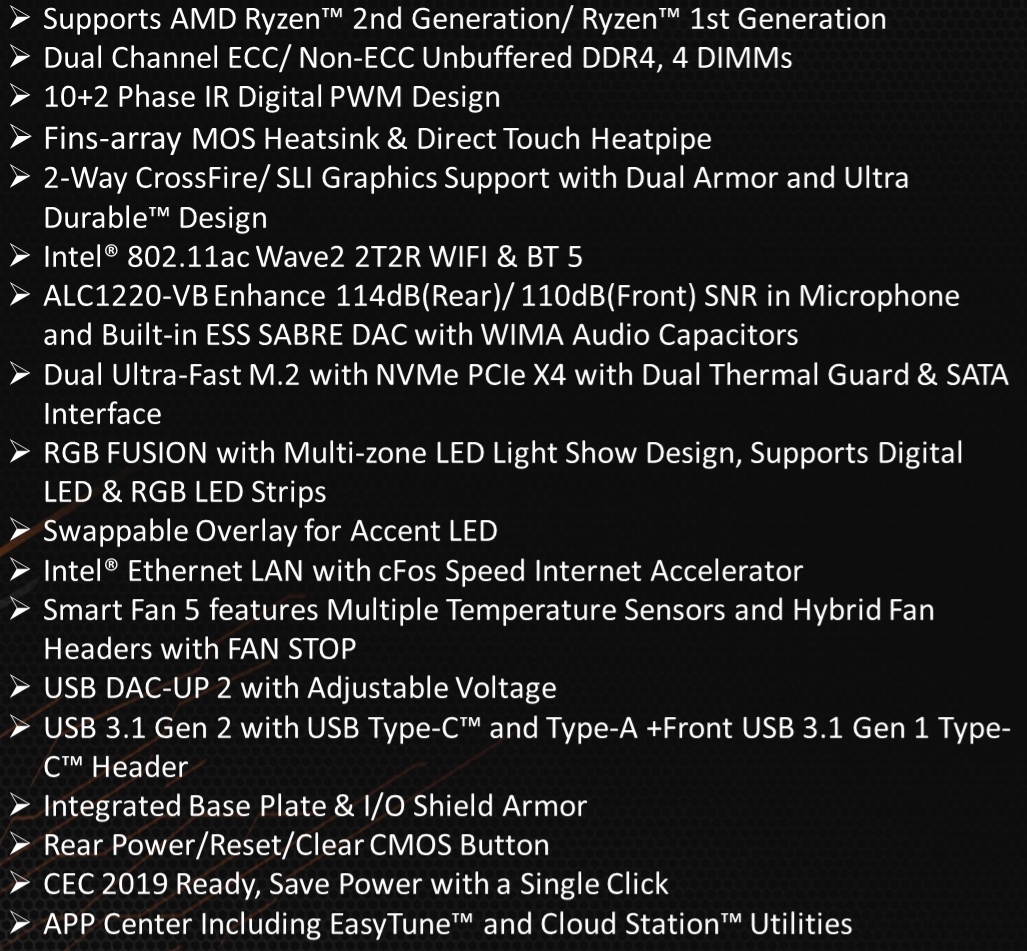 DavidG
I had really annoying issues with the predecessor of this board, the Gigabyte Aorus GA-AX370-Gaming K7 and my Soundblaster xzr, which is the current PCI soundcard from Creative.

It sometimes takes several reboots until the soundcard is properly detected by windows which seems to be BIOS related, because there isnt such a problem with the other brands and their X370 boards for Ryzen. The soundblaster problems is known by over a year by Gigabyte but they seem to ignore it. I cannot recommend the predecessor therefore, not because of the hardware, but because of the poor service quality of gigabyte BIOS team.Quote

WoodroweBones
In the conclusion it talks about a voltage/LLC issue but I didn't see anywhere in the review where it's elaborated on. Can anyone shed some more info on this? I haven't used gigabyte in a long time and finally a friend convinced me to try it again so I pre-ordered this board and this issue concerns me (though it sounds fixable which is good)Quote

tinytomlogan
Quote:
Im currently working with Gigabyte on getting the LLC fixed - thats also why there isnt a video atm.Quote
Reply