It's amazing how resilient some companies can be. There was a period of time a few years ago where Gigabyte appeared to have lost their way, neither pushing the boundaries of performance nor looks. For a company that provided the motherboards an awful lot of us long-term PC owners have used at one point or another it was a bit of a surprise how quickly they went off course. However, the introduction of the Aorus range shows Gigabyte are trying to compete with the heavy hitters of the industry at least from an aesthetic/design standpoint, now they only have to catch up with the hardware and BIOS!

Gigabyte have a serious commitment to busting out the spangliest of bright and spangly lighting. Instead of just going for a logo or two in various hues, the entire motherboard lights up like Berlin underground warehouse party at Mardi Gras. It's a similar process to whenever you grab a new game with a ton of DLC available, play an hour or so and decide it's the best game you've ever seen and promptly spend your monthly budget on skins and doodads, only in this case it's Gigabyte's mighty purchasing power doing it with anything remotely RGB that fits on a PCB.

Before we bring you our full review next week, let's take a quick gander at the X470 Aorus Gaming 7 WiFi.

Largely the X470 seems to be a slightly revised version of the X370 chipset. As we saw on the ASUS Crosshair the Gigabyte Aorus Gaming 7 follows a similar path of being very similar to a the X370 - barely a year old - with a few additional features to keep it cresting the wave of the leading edge of technology. But this is a preview and we have to be careful how much we reveal, so let's take a look at the Gaming 7 in the flesh. 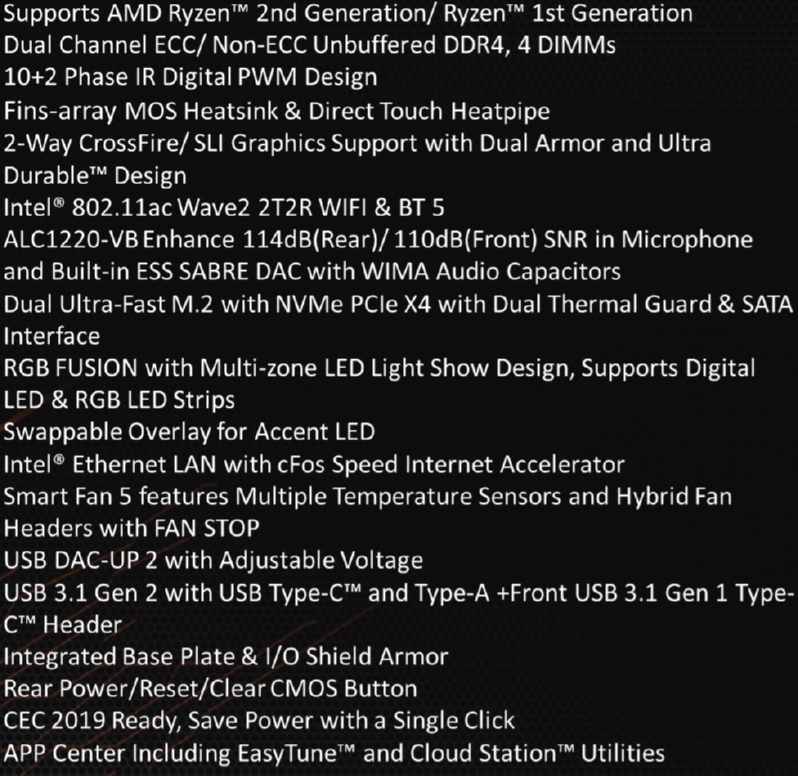 AlienALX
Quote:
It's kinda forcing you to make a choice about colour. Which doesn't make sense given it has RGB LEDs.Quote

Kei
The orange accents also strike me as a little strange too, not that I dislike orange. Certainly looks like it'll have the best VRM cooling of the boards revealed so far which is good.

It'd be nice to see them release a designare version.Quote
Reply