With the launch of the 2nd Generation of the Ryzen Threadripper CPUs it is fair to say that AMD have a massive amount of eyes on their product ranges at the moment. Whether you're a budding 3D enthusiast, a home movie maker, or merely somebody who wants to have the biggest and best that the market has to offer, a huge amount of people have got interest in the AMD range.

One area that was a slight weakness for a while was the motherboard feature sets. It wasn't deliberate of course, but rather a side effect of their plan to let you buy one motherboard and gradually upgrade the CPU. Backwards compatibility is all well and good, but eventually the only thing that is backwards is the technology you can squeeze on to the PCB.

Naturally therefore with the 2nd Generation of Ryzen AMD took the bold but necessary step of throwing out the old and starting afresh. This comes in the form of the X399 chipset which is equipped with all the elements we've come to expect from a flagship motherboard. Today that flagship is in the form of the Gigabyte X399 Aorus Extreme. Yes, we have one in the office for testing and will be bringing you the full review next week.

Until then, let's quickly run over the features of the Aorus Extreme and what it looks like in the flesh.

The Aorus setup absolutely rejuvenated Gigabyte and brought them bang up to date whilst also introducing a few features which have either been copied by the other big companies, or in the case of the dedicated white LED pin, still unique to the Gigabyte offering.

The X399 Aorus Extreme is absolutely bristling with features and high end technology, from the inclusion of three M.2 connectors through to three RJ45 connectors. "Three LAN ports?", we hear you cry. Yes, dual Intel Gigabit LANs are matched by a 10GbE Base-T LAN. As high end Fibre connections make their way into more and more homes the 1Gb LAN is quickly finding itself running out of puff, so the addition of a 10GbE connector makes perfect sense for those of you with access to the highest network speeds around. 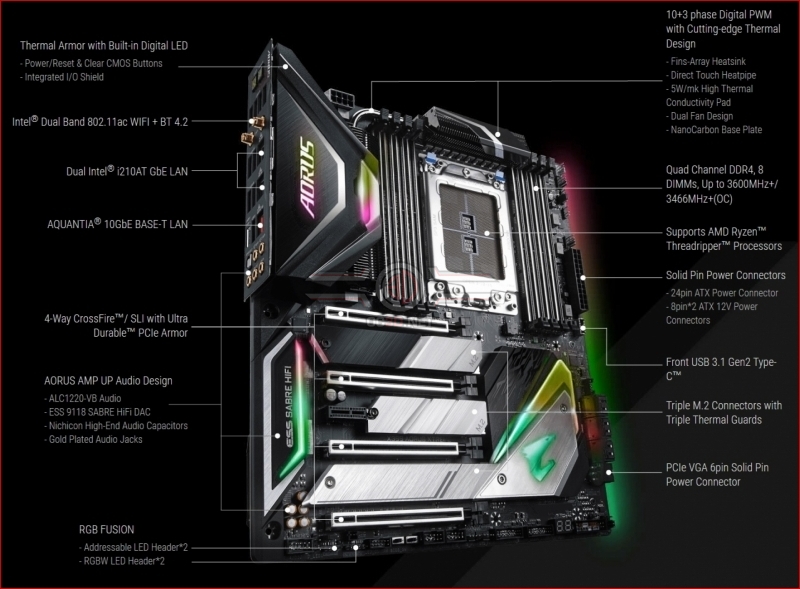 It comes as no surprise to discover that a 32 core CPU requires a beefy power setup to let it work at peak efficiency and with the 10+3 design of the Aorus it looks, on paper at least, that there will be no causes for alarm in this particular area. Anything that frees up some power overhead for overclocking shenanigans has to be applauded, and given that this has been a weak spot of some Gigabyte motherboards we hope this redesign will bring them up to par. 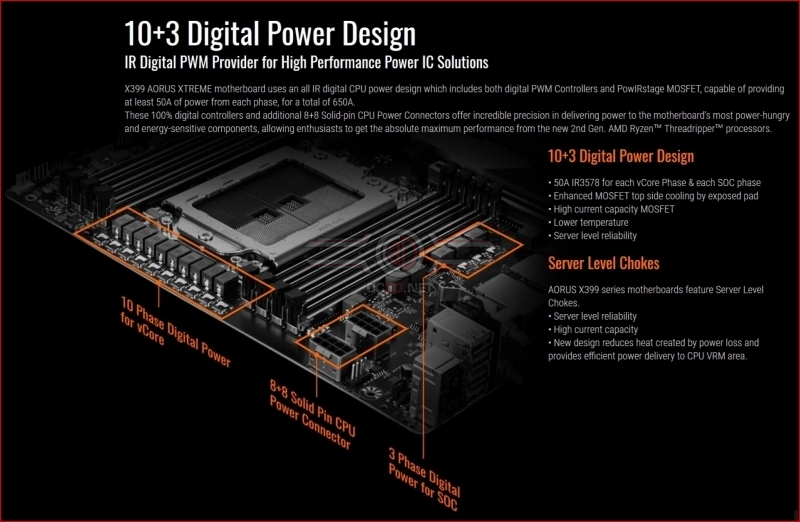 A lot of power and a beefy CPU requires a lot of cooling and the X399 Aorus Extreme has a large selection of fan headers and temperature monitoring to let you tame the beast at the heart of your setup. But enough slides and preamble, let's look at it in the flesh. 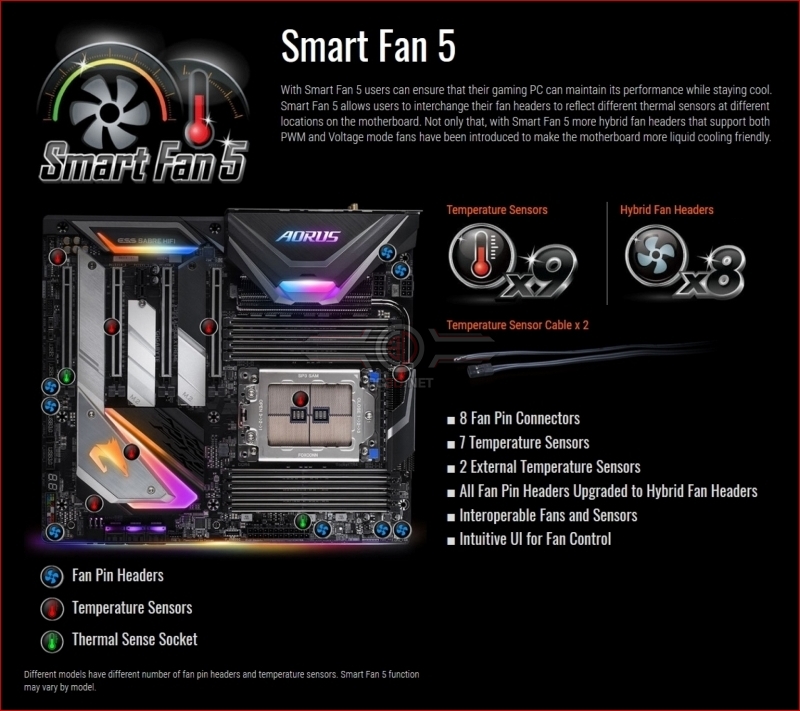 WYP
I'm looking forward to the full review for this motherboard.Quote

Eddie long
interested to see full review , sounds like they have taken a leaf out of evga's book , there's two fans under that IO shield for active cooling , wonder how much noise they will make when tom gets the big stick outQuote

Wraith
I'm hoping for Gigabytes sake this beauty and she is a looker (for once) sings like a canary. She'll probably squeal for mercy once TTLs tickled her Bios a bit.