We know the monoblock is splashed all over the pages of this review, but it looks so cool it never hurts to see it one more time. We'll look at it in more detail on page four. 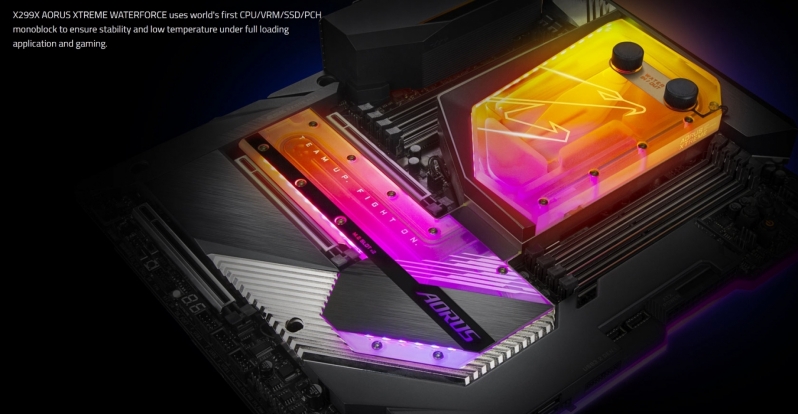 Any time you're asking your system to maximise performance, whether for overclocking or just to keep your CPUs power demands satisfied, then you'll need a beefy power design and the Gigabyte X299X Xtreme Waterforce leaves nothing to chance. The power section is 16 phase, 70 Amp per phase. It's a seriously meaty 16 phase design. No wonder the waterblock covers the power stage too. 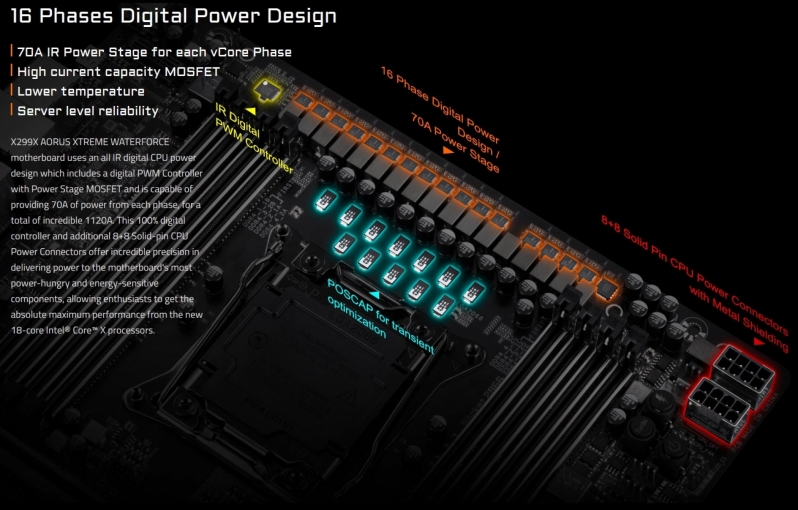 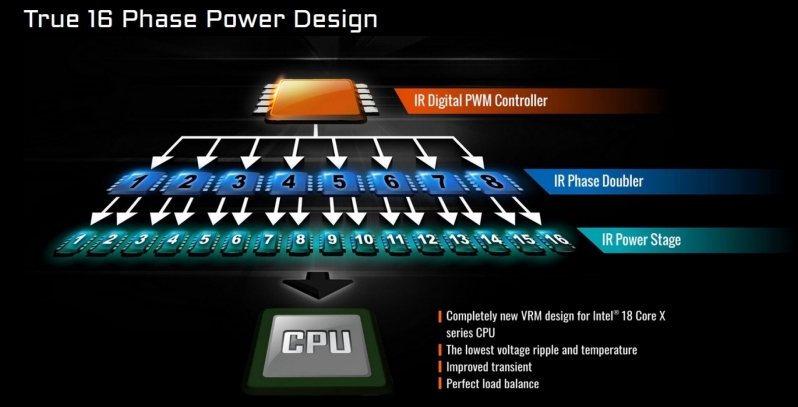 We've seen a number of graphics cards recently that have bolted their colours to the "bigger is better" flagpole and gone with triple slot coolers and so it's good to see the Aorus Xtreme Waterforce is designed with the PCI Express slots far enough apart that you can run dual GPUs if you so wish. After all, you don't want that 18 core i9-10980XE CPU sat twiddling its thumbs. 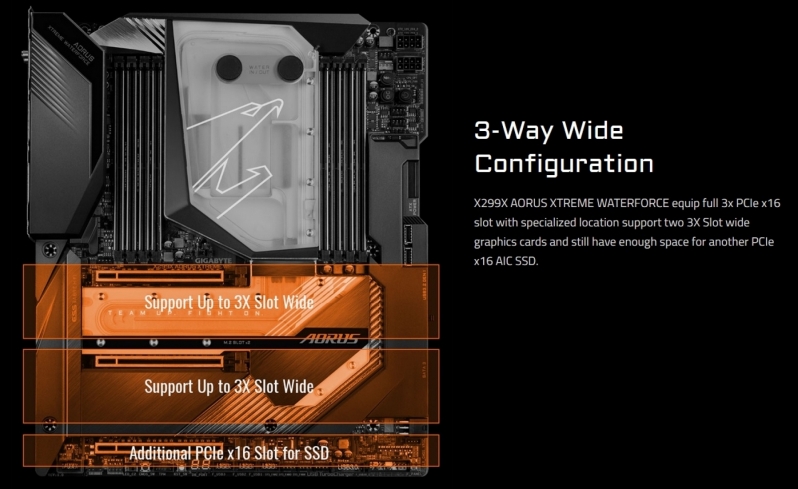 The slender nature and high bandwidth of M.2 drives has necessitated more cooling than the 2.5" SSDs of old. Any time you're pushing masses of bandwidth around you'll always generated heat as per the first law of thermodynamics. With the monoblock covering both slots you'll get the most efficient cooling and therefore smoothest performance from your M.2 storage. 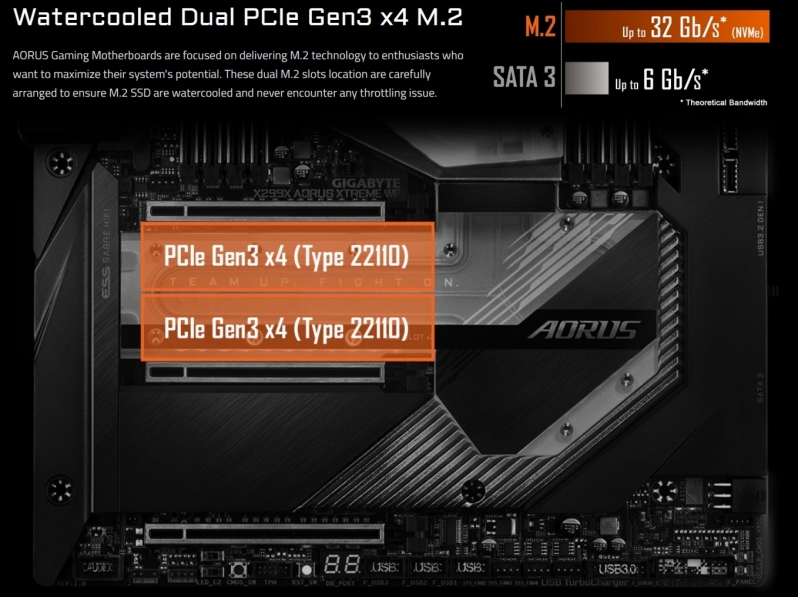 You can never have too much cooling is the kind of maxim that should be placed upon a t-shirt and to this end the Xtreme Waterforce has the Aorus Fan Commander included with plenty of fan, RGB and addressable headers to let your system look as cool as it is kept. 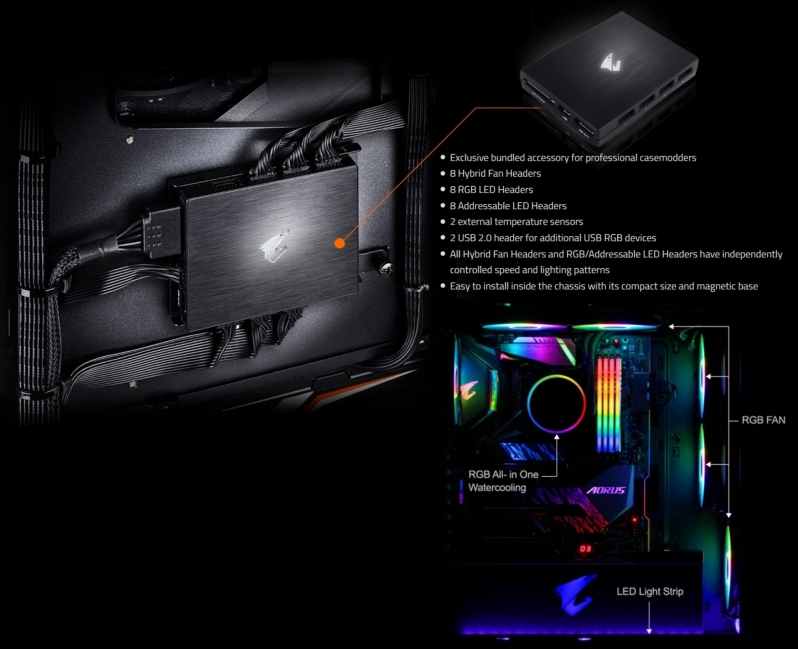 The second add-in card that the Xtreme Waterforce is provided with is an actively cooled, four bay, M.2 expansion card, if your storage capacity addiction needs more than the mainboard slots can provide. 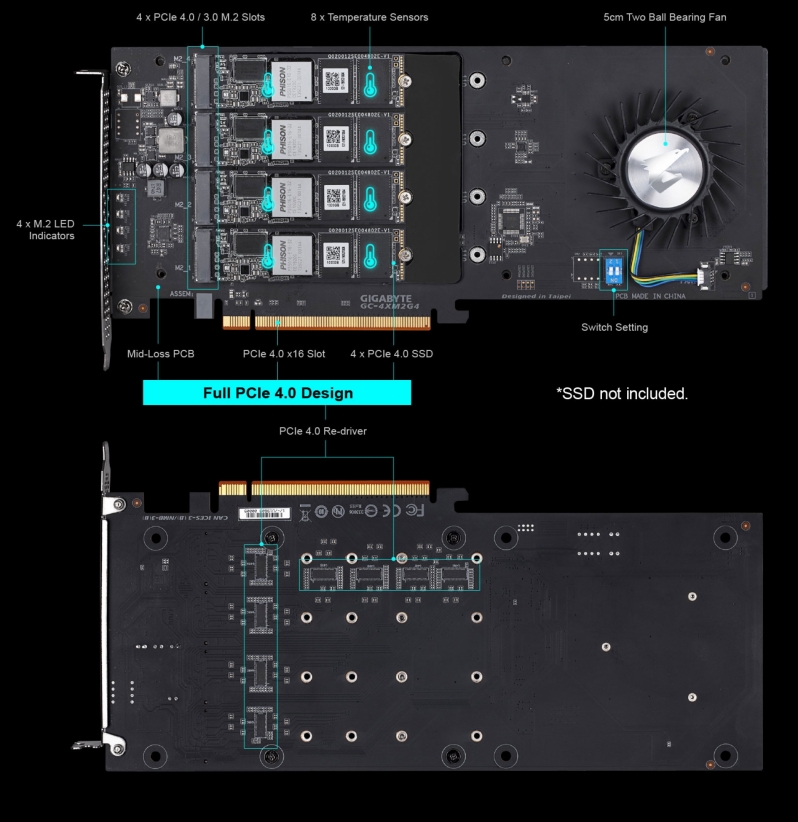 Lastly the Gigabyte RGB Fusion 2.0 lighting system is one of the most fully featured on the market. Rather than go for the subtle approach Gigabyte have gone all-in on lighting up everything, everywhere, and with the massive monoblock dominating the aesthetic of the Aorus Xtreme Waterforce your choice of hue has never been so visible. 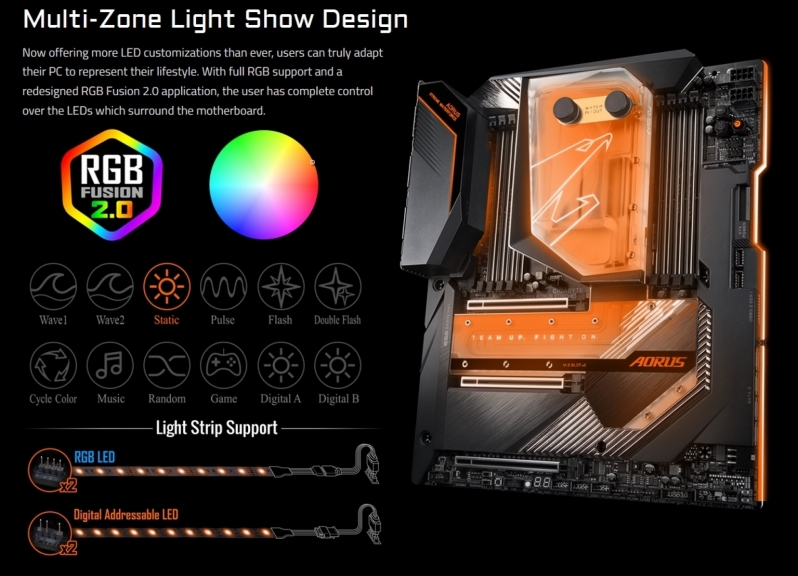