To ensure that all reviews on Overclock3D are fair, consistent and unbiased, a standard set of hardware and software is used whenever possible during the comparative testing of two or more products. The configuration used in this review can be seen below:

Operating System: Microsoft Windows Vista Ultimate SP1
During the testing of the setup above, special care was taken to ensure that the BIOS settings used matched whenever possible. A fresh install of Windows Vista was also used before the benchmarking began, with a full defrag of the hard drive once all the drivers and software were installed, preventing any possible performance issues due to leftover drivers from the previous motherboard installations. For the 3DMark and gaming tests a single card configuration was used.

To guarantee a broad range of results, the following benchmark utilities were used:

3D Games
• Crysis
• Company of Heroes
• ET:Quake wars
You may notice that 3DMark Vantage results were omitted from the benchmarks above. This is because 3DMark Vantage refused to run past the second test without crashing to the desktop with an id3d10device::createpixelshader failed error. A subsequent reinstall of the OS, drivers and patches failed to produce a clean run. My apologies for the lack of Vantage results.

Overclocking on the Foxconn Renaissance was quite an enjoyable experience. Although the Foxconn Renaissance isn't able to match it with the fully fledged overclocking motherboards from the likes of Gigabyte, ASUS and DFI, it did provide a respectable overclock and increase in performance over stock settings. While I was able to happily boot into Windows Vista at 3.85Ghz, the most stable overclock that I was able to maintain 24/7 was 3.75Ghz. 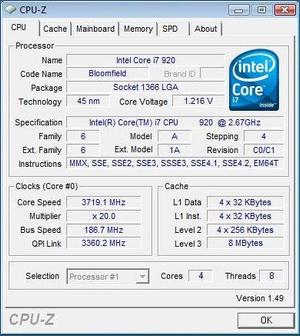 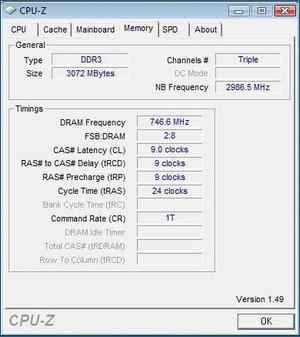