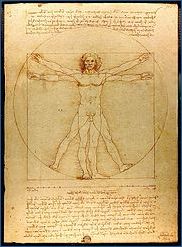 The term Renaissance comes from the French Renaissance, meaning "rebirth". Typically, the Renaissance period, although a generalisation on behalf of the writer, was a period that encompassed a revival of learning based on classical sources and gradual but widespread educational reform. Traditionally, this intellectual transformation has resulted in the Renaissance being viewed as a bridge between the Middle Ages and the Modern era. Although the Renaissance saw revolutions in many intellectual pursuits, as well as social and political upheaval, it is perhaps best known for its artistic developments and the contributions of Leonardo da Vinci and Michelangelo.

So how does the Renaissance period relate to a motherboard based upon Intel's latest Nehalem architecture and X58 Express Chipset, I here you ask? Well not a hell of a lot really! Nehalem is the codename for an Intel processor microarchitecture and subsequent successor to the Core microarchitecture. Manufactured on a 45nm process similar to Penryn, Nehalem sees a number of changes to processor architecture: an integrated memory controller supporting two or three memory channels; point-to-point processor interconnect, the Intel QuickPath Interconnect which replaces the legacy front side bus; the reintroduction of Hyper Threading, and second-level branch prediction and second-level Translation Lookaside Buffer to name a few.

Nehalem could almost be considered the rebirth of the Intel processor as we know it, and a motherboard designed to maximise upon the processor's performance is a necessity. Let's face facts - Nehalem is where it's at if you use multi-threaded applications or are looking for the ultimate multimedia platform. Admittedly, gaming performance is also very good but CPU performance has only a moderate impact on gaming. Let's see what Foxconn has to say about their Foxconn Renaissance motherboard:

Foxconn'Digital life aims to delivery high performance computing, connectivity and digital entertainment.With more options for accessing and managing other devices, enhanced reliability features and new PC multimedia technologies, Renaissance is the ideal choice for a digital lifestyle. This motherboard is based on the Intel® X58chipset - providing ultimate performance for today's desktop computers. The X58 supports the latest industry technologies - Intel® Bloomfield series processors, and DDR3 1600MHz(via overclocking) memory. 100% SOLID Capacitor design, Ferrite Choke power delivery and Cool Pipe design help to maximize performance and increase reliability.and provides digital audio outputs via S/PDIF OUT and Harp Audio Card. Supports DTS CONNECTTM and Dolby Digital LiveTM certigication,guarantees the highest quality fidelity for games and movies.
In recent times we have had the oppotunity to look at Foxconn's Digital Life motherboards (A79A-S and ELA P45 respectively), and admittedly while they provided perfectly acceptable performance, they were let down by slightly disjointed/flakey BIOS and extraordinary pricing. Judging by the specifications of the Foxconn Renaissance Digital Life below, this motherboard should hopefully turn the tables in Foxconn's favour this time around.

The specifications for the Foxconn Renaissance were unashamedly copied from Foxconn's product page. 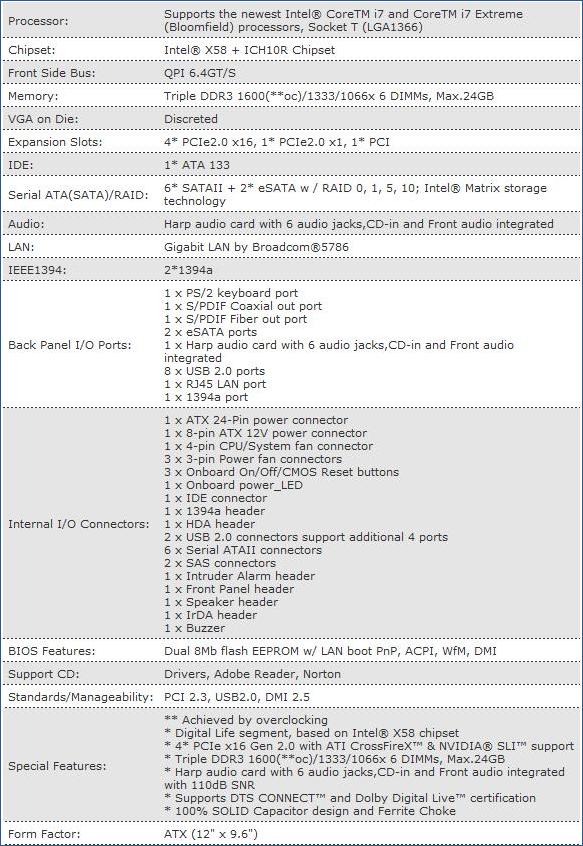 Let's head over the page to see how the Foxconn Renaissance Digital Life motherboard should arrive at your place...