The BIOS
DFI have always been quite partial to the Phoenix Award BIOS and have used it on almost all of their previous motherboards regardless of chipset or socket type. Undoubtedly the blue and white screen will also be a familiar friend to many overclockers too, but let's take a closer look at exactly what options DFI have furnished their latest Lanparty board with. 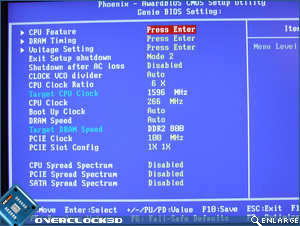 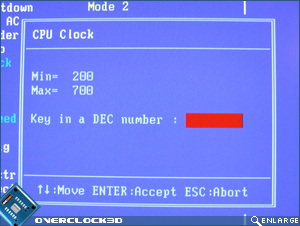 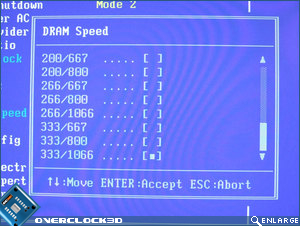 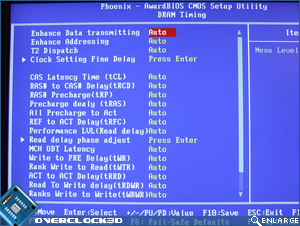 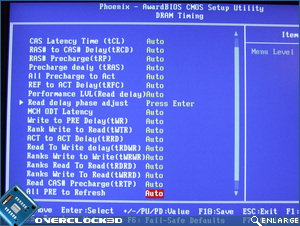 Skipping past the boring Hard Disk/IRQ sections of the BIOS straight into the good stuff, we can see that DFI have placed everything overclocking related under the "Genie BIOS" header. While most of the overclocking options such as FSB speed, Memory dividers, CPU ratio and PCI-E slot speed are all grouped under this main heading, many more of the advanced options such as Memory timings, voltage settings and advanced CPU features are neatly tucked away under their own sub-sections.
An interesting feature not seen on many other motherboards is "Boot up clock". This essentially allows you to set the FSB speed that your PC initially boots at to lower than what is specified in the "CPU clock" settings. This can be useful if  the board fails to power on at high FSB settings, but functions fine once it has passed the BIOS stage.
DFI also need to be commended for the sheer number of options available in the memory timings section. While this section certainly seems daunting with no information being given on the affect each option will have, the Auto settings specified by DFI very rarely needed changing during our tests. 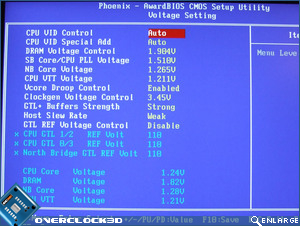 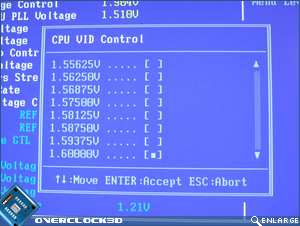 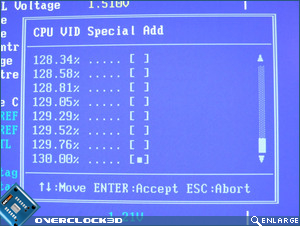 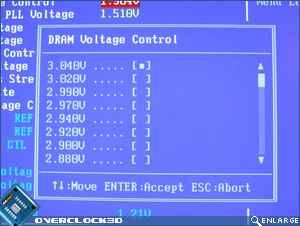 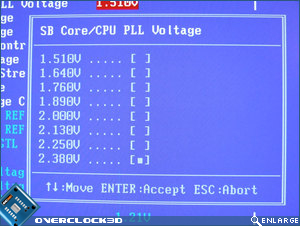 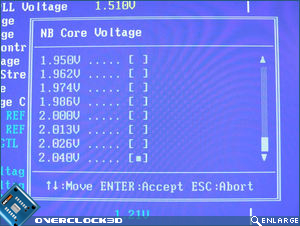 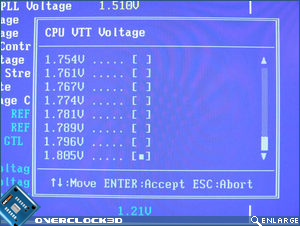 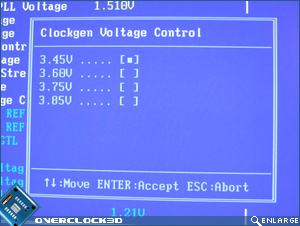 Voltage options is yet another area where the X38-T2R excels in. Along with the usual NB, SB, and VDIMM options, the board also sports two settings for controlling the Vcore voltage. While the first Vcore option will only take the voltage up to a reasonably save 1.6v, the accompanying option "CPU VID Special Add" further increases the Vcore by a selectable percentage allowing the board to provide the CPU with up to 1.9v.
The available ranges for the rest of the voltages is also extremely good, but due to the tiny increments between each of the settings I often found myself holding my finger on the down arrow for several seconds before any reasonable voltages appeared in the list. Maybe it's time someone made a motherboard that allows the user to key in the voltage they want! 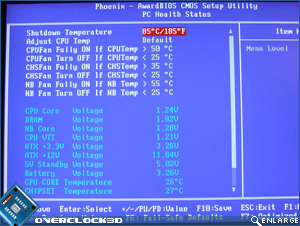 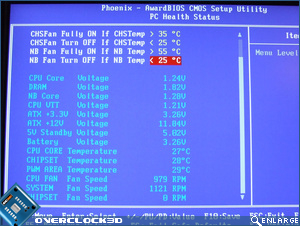 In comparison with some of the motherboards we've tested recently, the PC Health section of the X38-T2R is quite sparse. Granted it has a full list of voltage and temperature readouts available to the user, but the ability to control fan speeds is quite limited and the fact that DFI have only provided a shutdown temperature option for the CPU (and not NB / SB) raises concerns over whether these temperatures are even being monitored. 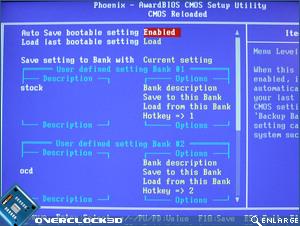 DFI were the pioneers of CMOS profiles and I'm sure that most of the overclocking community will agree that at some point this amazing feature has saved them a lot of time and effort restoring their previous BIOS settings after a CMOS clear. As we can see from above, the "CMOS Reloaded" function on the X38-T2R allows users to save their current BIOS settings into one of 3 available "Banks", giving each bank a description of their choice.
«Prev 1 2 3 4 5 6 7 8 9 10 11 Next»

Bungral
Yeah quality review Jim as ever.. That board does look swish! And preforms as well to it seems.

Daza
Looks nice but a tad late in my opinion with the X48 boards coming out soon and no real gains over the T2R Ive got.

SUCH A NICE BOARD!!

i was waiting for somebody to review this board, as i had had my eyes on it for the longest time.

Such a nice looking board, and what a performer, gonna be getting this 100% in my next build.Quote
Reply