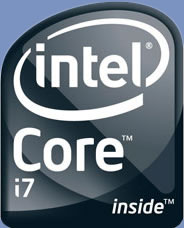 "Ahhhhhhhhhhhh" (Breathes a sigh of relief). The past month or so has been hell for some of us here at Overclock3D. Yes, yes we know that you have absolutely no sympathy, but having had a chance to spend a day with Intel's new kid on the block, the i7 (codename: Nehalem), we've received a stupendous number of requests from readers and forum members asking us if it's all it's been hyped up to be, and generally trying to manipulate us in every which way possible just to obtain a glimpse at some of the results.
For those of you who are regular readers, you will already know that we've extensively covered details of its architecture in our recent 4 page article, compressed after spending a full 8 hours with Intel flipping through slides in a presentation. We've also previewed some of ASUS' upcoming X58 based motherboards: the P6T and Rampage II Extreme, along with fishing out some tasty images of motherboards from other manufacturers dotted around the net.
Now, finally the NDA has been lifted and today we can give you all exactly what you've been waiting for: BENCHMARKS. That's right, no technical mumbo-jumbo, no dissecting of the chip and pointing out body parts, just that collection of numbers that most of us overclockers and enthusiasts base our next purchase upon.
Listed below you will find details of each of the three systems we used for testing. We wanted each system to represent a sector of the market, and hopefully a system close to what most of our readers currently own. Starting with the ultra-high-end we obviously have the Core i7 setup, moving down to the high-end is a QX9650 setup and finally somewhere in the mid-range is a Q6600 setup. We also intended to test each configuration in both SLI and Crossfire configurations (after all this is a big selling feature of the X58), but unfortunately due to a lot of BSOD's with two 4870x2's and only a 6-hour window to play with the chip, we had to settle for the results of a single GPU only.
As per usual with all Overclock3D reviews, a fresh install of Windows Vista x64 SP1 was used after every motherboard swap-out and for the purpose of obtaining some 'stock performance' benchmarks, every performance-related setting in each of the BIOSes was left at its automatic value. So now that we've got those prerequisites out of the way, let's take a look at the rest of the system specs:
The Core i7 Extreme 940 @ 2.94GHz
Motherboard: ASUS Rampage II Extreme
Memory: Corsair DDR3-1333 9-9-9-24 3x2GB 1.5v
Graphics: ASUS EAH4870x2
Hard Disk: Western Digital Velociraptor 300GB
Cooling: Stock Intel ES Cooler
GPU Drivers: ATI Catalyst 8.10

Our Core i7 setup was kitted out with three sticks of 2GB Corsair DDR3-1333 (total 6GB) obviously giving the setup a bit of a head-start over our other test systems. However, the jump from 4GB to 6GB in most applications and games is negligible, whereas the alternative configuration of 3x1GB (3GB) may well have crippled the i7 system slightly once the memory-hungry Vista had taken its share of the resources.
The Core2Quad QX9650 @ 3.0ghz
Motherboard: ASUS P5E64 WS Evolution
Memory: Corsair DDR3-1333 9-9-9-24 3x2GB 1.5v
Graphics: ASUS EAH4870x2
Hard Disk: Western Digital Velociraptor 300GB
Cooling: Stock Intel ES Cooler
GPU Drivers: ATI Catalyst 8.10

Clocked at almost the same speed as the i7 Extreme 940, the QX9650 was, up until recently, the 'big daddy' of CPU's. Using the same 45nm fabrication as the i7 with a slightly larger L3 cache, it'll certainly be interesting to see just how well this chip, that only 6 months ago would have set you back around £1000, will fair against Intel's latest weapon.
The Core2Quad Q6600 @ 2.4GHz
Motherboard: ASUS Rampage Formula
Memory: Generic PC2-6400 6-6-6-18 2.0v
Graphics: ASUS EAH4870x2
Hard Disk: Western Digital Velociraptor 300GB
Cooling: Stock Intel ES Cooler
GPU Drivers: ATI Catalyst 8.10

Probably one of the most popular CPU's in the last 6 months has to be the Q6600. Being the first of the "Quad Core" lineup from Intel, the Q6600 is not only reasonably priced, but with the advent of the 95w TDP "G0" stepping, also quickly became a favourite for overclockers who could push the chip up to, and sometimes beyond, 4.0GHz.
«Prev 1 2 3 4 5 6 Next»

Colossous
Nice one, looking forward to further testing on these babies

Looking very much forward to see if it can maintain it`s credentials in the overclocking stakes. (cos we don`t use stock speeds around here.. do we ?)

Jaster
the problem is on the non "extreme" editions having over wattage protection could hinder overclocking capability,

I think intel have finally realised that people were buying midranged CPU's and investing in top cooling...rather then forking out for the top ranged line....sad sad day....do you recon this is backlash from intel actually having very little competition these days...maybe so...so rast looks like stock maybe the only option for sub £500 i7's