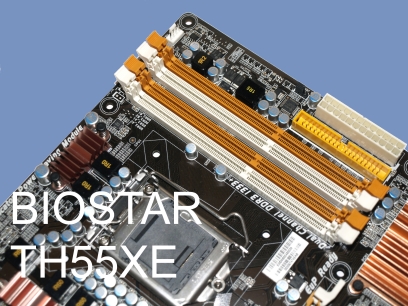 Toverclocker is a nifty software application for CPU Overclocking within the Windows operating system. Not only are you able to view current processor and memory status', you are also able to adjust processor BCLK frequency and both CPU and DDR voltage.

Much like in BIOS, there are also preset overclocks available for users who want an easy speed bump. Each variable labelled V3, V6, V9, V12 offer Base Clock Frequency increases in increments of 2MHz each. 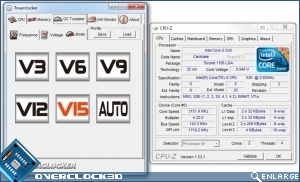 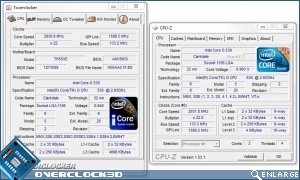 While the options V3 to V15 offer preset frequency increases, the AUTO function is an actual automatic overclocking tool. The process seemed relatively simple. Auto increased our processor's base clock frequency by 2MHz at a time...until it crashed. Intrigued at the sight of my testbed machine automatically overclocking itself and locking up, I was looking forward to seeing what might appear when I next booted into Windows. Upon reopening the Toverclocker program, the processor had been assigned a clockspeed just shy of 3.40GHz. Not a bad effort at all.

Another interesting feature from the Biostar Package also includes a tool named eHot-Line. This is very useful for those who are less savvy from a diagnostics perspective and require assistance with a potential hardware issue. The application attaches a text dump of your system's statistics and allows you to send a descriptive email about your problem to Biostar's support team. It is also possible to copy this email to someone else. 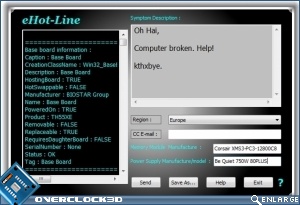 ...and now for the benchmarks.