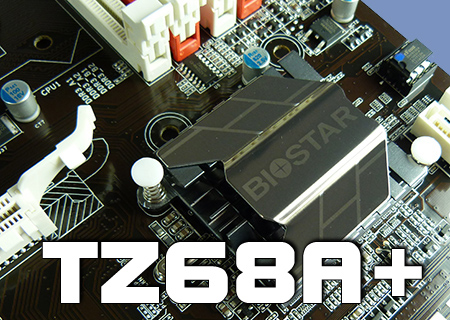 When the LGA1156 first appeared it was mooted as being the lower cost alternative to the almighty X58. To some degree it was although the cost of the higher-end CPUs and some of the better motherboards didn't leave it far short of a medium X58 setup.

Now LGA1155 has been around for a while and we've had the initial P67 influx, more and more manufacturers are shifting to the Z68 Chipset to power their LGA1155 socket motherboards. Unlike its P55 and, to a lesser degree, P67 brethren most of the Z68 boards we've seen have been definitely at the affordable end of the spectrum.

Is it really possible to get all the bells and whistles of Z68 boards but for such a tiny price?

Certainly the specifications aren't lacking. Only the limited number of USB ports and inclusion of some fairly last gen stuff such as a Printer Port and a couple of PCI slots hint at its 'value' roots.

SieB
Not bad and as said in the review it's only £92 and for that it is a good board and value for money.Quote

Jaster
for an extra £15 though you can get the gigabyte GA-Z68A-D3H-B3...which is much the same ... BUT Biostar have a lot of returns .. and following suit with most e-tailers who now have to return all products to the manufacturers (this is the bain of my working existence)...its far easier to deal with Gigabytes RMA team then Biostars ... as a discussional point the mid range section of all components seems to be getting out of hand ... I spend most of my day explaining that for an extra £5 here and an extra £2 there you can get a better class of component ... check ebuyer for example ... the gulf in class between high end and top mid range (especially graphics cards) is but a few quid ... even though its a good priced board I have a feeling it will disappear amidst the swamp of other boards within this price range that are on the horizon ...Quote

SieB
But for someone who is on a budget it's a good deal, there is always something better you can get for a few quid more but for the bellow and around the £100 mark on motherboards there ain't much of a difference anyway. This board is for general use it's not a board you would buy for overclocking or running high end GPUs on and for £92 you get what you pay for.Quote

murphy7801
I have to say that is one of the ugliest motherboards. I looks like they went through there stock list of MB fittings and pulled out all there over stock and slapped it on one motherboard. Well good thing its cheap and performs with looks like that (as I once about my ex girlfriend lol).Quote