There is no other way to say it, the Maximus VI Formula is gorgeous. It has all the usual ROG hallmarks of black and red, with the excellent tabbed PCIe and Memory slots. However the inclusion of the shield that first appeared on the Sabertooth really brings it to life, covering all the uninteresting capacitors and things with sleekness. 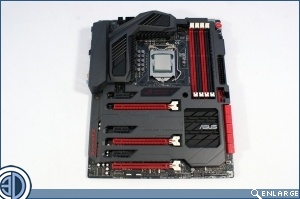 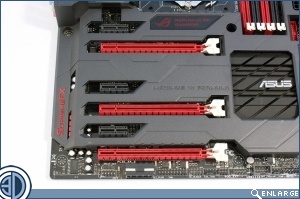 The sound solution on the Formula is one of the best around, with all the major components of the Phoebus soundcard included. The days of crackly and horrible sound couldn't be more in the past. Everything is exactly where you'd hope to find it, and the red and black contrast has never looked so inviting. 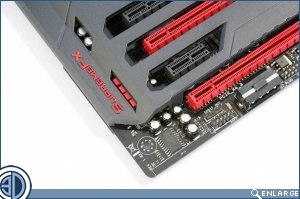 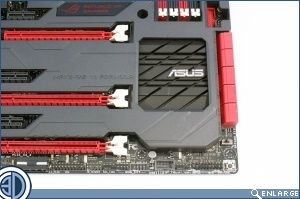 The heatsink around the power phases and surrounding the CPU socket is a particular work of art. We've seen hybrid offerings before, but never so beautifully crafted. Normally the need for water cooling makes the air-cooling merely average, but here ASUS have gone overboard with something so attractive that you don't feel left out if you're on air, but nor is it clearly going to need replacing anyway if you're on water. 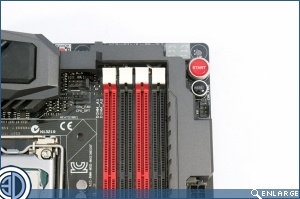 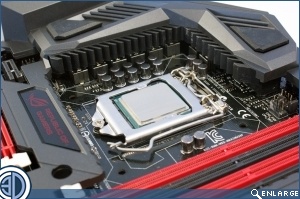 One of our biggest gripes is the lack of USB ports on modern motherboards. With nearly every peripheral we use utilising a USB connection, and in the case of some keyboards two of them, you can quickly fill up even the most well stocked motherboard, especially if you're using them to charge your iPod and/or phone. It's fantastic to see so many on the IO portion of the Maximus VI Formula and we hope that other companies follow suit. Speaking of suits, the shield on the Maximus VI Formula isn't merely a frontal affair, all fur coat and no knickers, but rather an all encompassing arrangement that ensures the PCB stability under even the most demanding scenarios. And it looks fantastic. 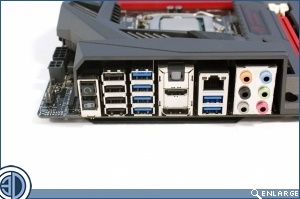 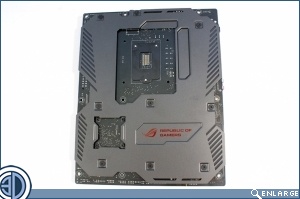 dhoom
Can i play Battlefield 4 with ASUS Maximus VI Formula and the ram here http://www.edbpriser.dk/ram/corsair-...d-7531642.aspxQuote

Glorfindell
Can anyone tell me can I mount a Cooler Master V8 GTS on this board....it would be a dream combination..... :-DQuote

G-Dubs
I happen to be reviewing the V8 GTS a the moment, so if Tom will send me over the board I'll let you know (don't expect to get I back though matey)