Although the packaging for all ASUS ROG motherboards is extremely similar, there is something comforting in seeing the Formula name back on a box. Opening it up is an Aladdin's Cave of wonders, with all the cables, adaptors, shields, software and stickers you could wish to find. 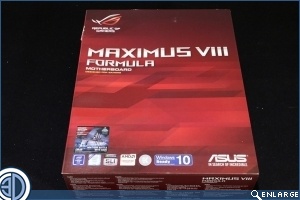 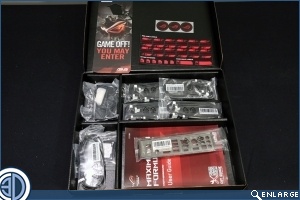 We've always been a fan of the ROG Armor since its first appearance back on the P67 Sabertooth. It's been massively modified and tweaked since those early days and now really looks the business. We particularly love the bravery of ASUS to finally dispense with the red which has become their trademark. Certain members of the office have been saying for ages how wearisome it had become to see a sea of red and black everywhere, and the all black/gunmetal stylings of the Formula have convinced even the most ardent supporters amongst us that the change was overdue. It looks fantastic. The combination of flat neutral shades and shiny near-chrome parts is eye-catching, and we haven't even got to the best bit yet. 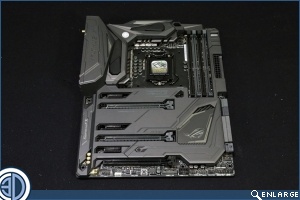 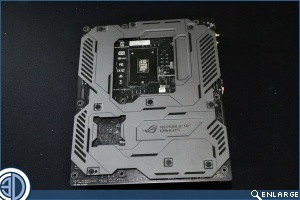 ASUS have teamed up with the water-cooling gurus at EK to produce a hybrid cooling system for the power phases. This isn't the first hybrid system we've seen but undoubtedly the coolest, if you'll pardon the pun. If you stay on air then you're not stuck with giant barbs sticking out, but if you want to use watercooling for your whole system then you aren't forced to source a compatible block. Plus, just look at it. Awesomeness.

There are, as we'll see on the next page, some tricks up the ROG Armor sleeves too. The two slashes below the Maximus VIII brand, the Formula logo, the ROG logo, and the PCI Express 3.0 slots all contain full-spectrum RGB lighting, enabling you to glow in any colour of your choosing. It might sound impressive in writing, but make sure you have a pillow under your head when you click through to the next page, because we promise your jaw will drop. 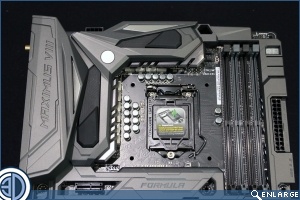 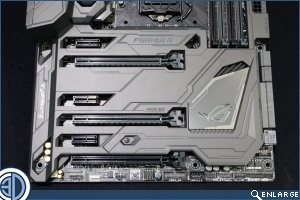 One of the complaints we had about the Armor in previous guises was how out of place the power buttons looked, and how annoying it was to get to the M.2 port. Both of these are issues that have been fixed with the Maximus VIII Formula. Some exceptionally good design going on here. 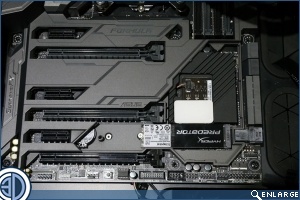 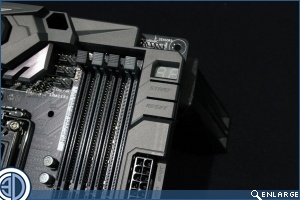 Wrapping up the naked board, or at least our look at it when it isn't plugged in, and we see more storage connectivity options than you're likely to ever need unless you have particularly large demands. The IO portion is the usual ASUS array of high-end hardware including WiFi, USB 3.1, the Intel I219-V network and outputs for the SupremeFX audio. 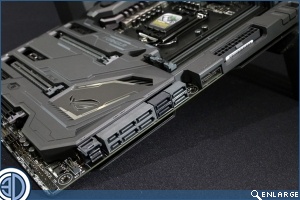 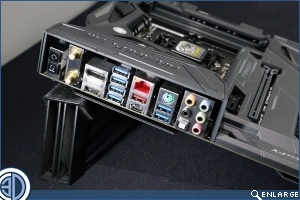