The amount that ASUS have packed onto the Rampage V Extreme is staggering. It's as if ASUS have taken the best moments of the Maximus boards that have been released in the time since the Rampage IV was dominating proceedings, updated them for the latest generation chipset. The most obvious element is the CPU socket which is not only ready for the attachment of a sub zero pot for your insane overclocking needs, but has a secret we shall reveal on the next page.

With 40 PCI Express 3.0 lanes available to support your devices there certainly will be enough bandwidth. Even with four GPUs installed it's capable of performing at 16x/8x/8x/8x which should satisfy the most power hungry users out there. We can feel the combination of plentiful cores and more bandwidth than you can shake a stick at will swiftly redefine the world records in a variety of benchmarks.

PS, we think you mean LANGuard, not LANGaurd. 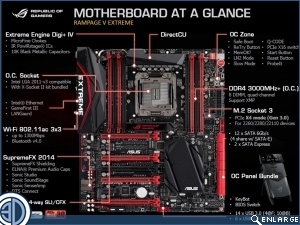 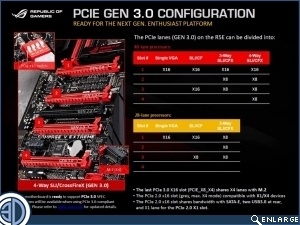 Connectivity is handled by a combination of the X99 and ASMedia chips. The ASM106SE provides additional SATA sockets for a grand total of 12 6Gb/s ports, assuming you're not utilising the SATA-E interface. Add into that a pair of ASMedia ASM1074s and an ASM1142 and the Rampage V Extreme supports 14 USB 3.0 ports. With nearly everything supporting USB these days, having so many of them is an absolute boon, especially to those of us who are sick of swapping cables.

It might seem, in the face of DDR4, MicroFine chokes, 12 SATA ports etc, that the Safe Boot button is only a small thing, but with a board so focussed upon giving overclockers the best possible experience, ease of overclocking and ease of returning to failed settings is an seriously important feature. When you're on the ragged edge of what's possible there are few things more annoying than suddenly finding the motherboard refusing to POST and all your hard work being for naught. 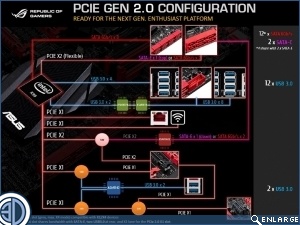 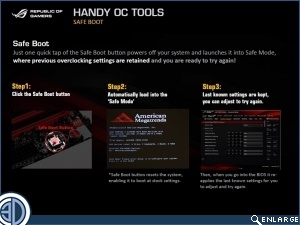