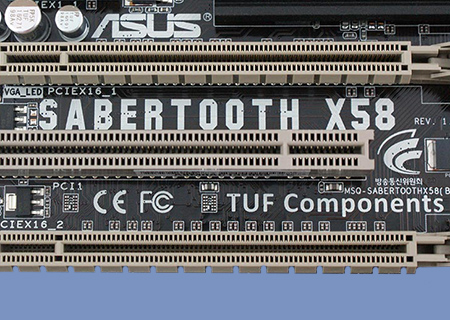 There is an old adage that you must be aware of, it runs 'Never assume because it makes an ass out of u and me'.

As we're in the hardware business it's important that we approach everything with an open mind. However we're only human and so when you see a motherboard that's priced around £150 and is designed for longevity rather than overclocking, you can forgive us if we were a little apprehensive of the potential performance.

When we opened it and found it was a cross between light green and tan you can imagine we weren't dancing with joy.

However, after our usual prodding and poking to get a feel for the board, it quickly started to grow on us. After all, every motherboard is blue or red. Why not have a subtle one, an understated one? By the afternoon we positively liked it.

Once we built the system we just took to it more and more. The whole board layout is a joy to work with.

The differences between a good design and a poor one are small, because the margins for placement are slight. Everything on the Sabertooth was exactly where we expected to find it and had plenty of clearance to work with.

Overclocking was a joy too. Being an Asus board everything in the BIOS was where we are used to it being, and the dedication to high quality components really makes this board fly. 4GHz is no longer the benchmark figure as any board can do that, it's how they respond past that which defines them.

The relatively low BLCK actually became fine once we'd upped the CPU multiplier because the board can easily cope with a BCLK over 200MHz. At 200x21 it was right in the sweet spot and felt like it could run until the end of time.

Run it certainly can too. It is almost identical to the P6X58D-E in most of our testing but the benchmarks where it edged ahead were the important ones. The differences in 3D Gaming benchmarks can largely be attributed to the better graphics card performance from the earlier Catalyst drivers on the P6X58D-E tests. Even then the X58 Sabertooth stays within a cats whisker.

£150 is right at the basement end of the X58 market, and yet Asus have produced a board that looks great, is built like a tank, overclocks with the best and has all the modern technologies you could ask for.

Without question it's a Gold Award winner.

Thanks to Asus for supplying the Sabertooth for review. Discuss in our forums.

You could do a wicked cammo computer using that. I was thinking about it the other week as it goes. There's this company in the USA that dips things in this weird cammo stuff and it coats it. They used it on American Chopper once to do a military chopper.Quote

hmmblah
Yeah, I really like the color scheme. Getting sick of blue/red.Quote

SnW
Indeed a cool looking board al tho i really loved this one,