Ryzen appeared on the scene and reinvigorated the AMD range, taking them from the also-rans up to a serious contender for the high performance end of the market. We've reviewed all their models so far, from the Ryzen 3 1200 up to the Ryzen 7 1800X.

However, if you are looking at the Ryzen range and wishing they offered something that has so many cores you could use it as a backup for Pixar's Renderman farm, then the Ryzen Threadripper could be just the ticket. With the release of the Ryzen Threadripper there is also a new premium chipset, the X399, and ASUS have taken up the challenge and produced a model that slots into their Republic of Gamers range, the ASUS X399 ROG Zenith Extreme.

So we have a flagship motherboard and, with our Ryzen Threadripper 1950X, we have a flagship CPU. 32 threads spread across 16 cores of flagship CPU. It seems like the perfect opportunity to put Threadripper to the test and discover how it matches up to some other high-core processors we've looked at. Having already covered the main features of the ROG Zenith Extreme in our preview, let's quickly cover the main points of the Ryzen Threadripper 1950X and then we'll get down to some results. After all, we are just as keen as you are to see how this new addition to the AMD Ryzen range performs in the real world.

Whenever you have a product with this many threads you can have issues with certain pieces of software that aren't designed to ask the "how many threads have you got" question and receive an answer over 20. The Threadripper 1950X neatly sidesteps this issue by being formed of two 8-core CPUs that are tied together with AMDs Infinity Fabric. This means that for the majority of cases you have a single 16 core CPU, but if necessary it can be split into two 8 core CPUs to maximise compatibility. Additionally this enables you to perform two tasks that would require fearsome amounts of CPU horsepower and have them both perform to their fullest. Perfect if you're desperate for a bit of gaming whilst you await a large encoding or rendering task to complete. 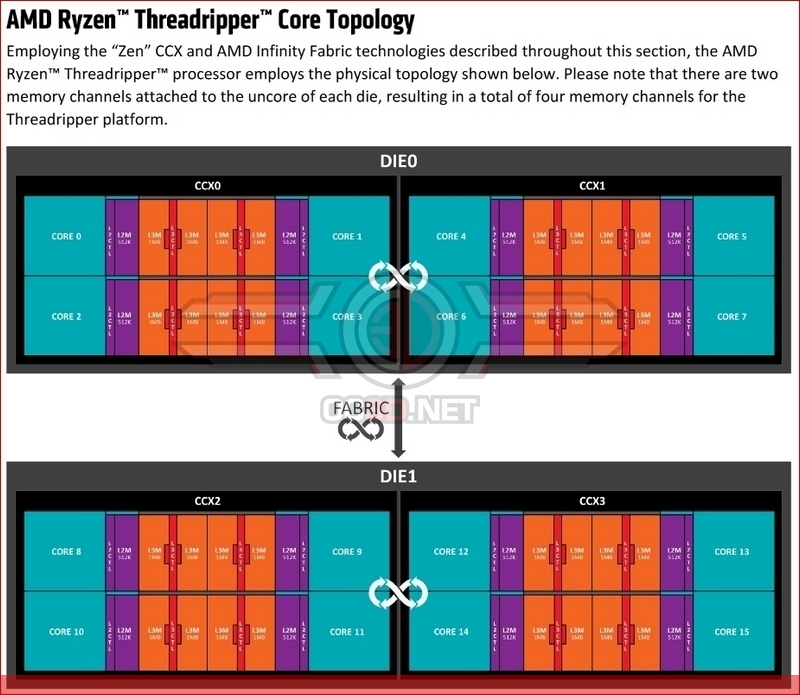 tinytomlogan
If you all dont mind Im going to leave this with you and get back to my holibobs!Quote

AlienALX
Quote:
Enjoy, and thanks for the review man.

RickPlaysWarr
Getting my cup of coffee and breakfast. Thanks so much Tom!Quote