It isn't just M.2 drives that are supported by the Rampage Omega. If you're fortunate enough to own one of the latest Intel drives, or other U.2 offerings, then there is support for that built into the X299. For us mere mortals there are six SATA ports, more than enough given the affordability of beefy SSDs these days. 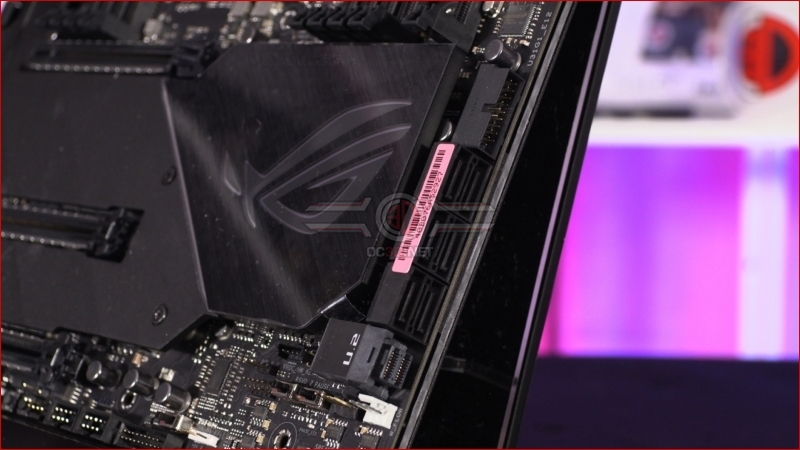 The corner is the business end of the Rampage VI Extreme Omega, with dual BIOS letting you have a monster one and a daily use one. Or, perhaps, update the BIOS without fearing bombing your system out of commission. As well as the standard front panel headers there are also pump headers, fan headers, and a flow point monitor that supports the latest Bitspower technology. 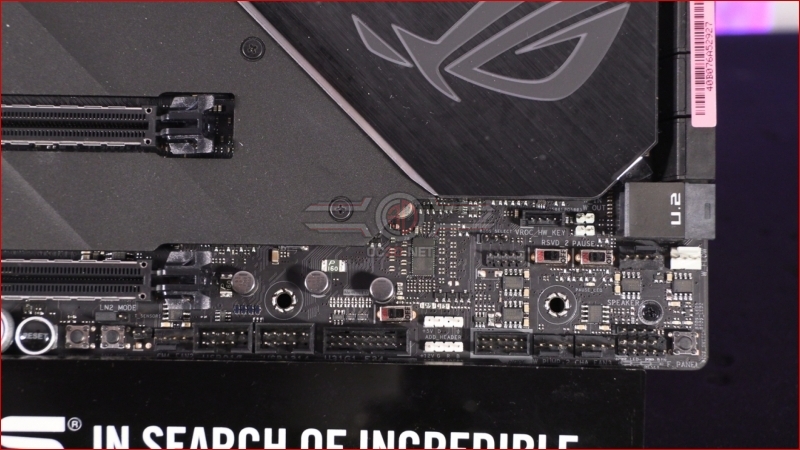 A bit further along we have the onboard buttons for Safe Boot and Retry - should you push things too far - as well as the LN2 mode and USB headers in both 3.0 and 2.0 styles. Lastly on the left edge we find the SupremeFX S1220 audio with 120dB SNR, ESS SABRE9018Q2C DAC and even, as well see in a moment, LED illuminated jacks. Spangly. 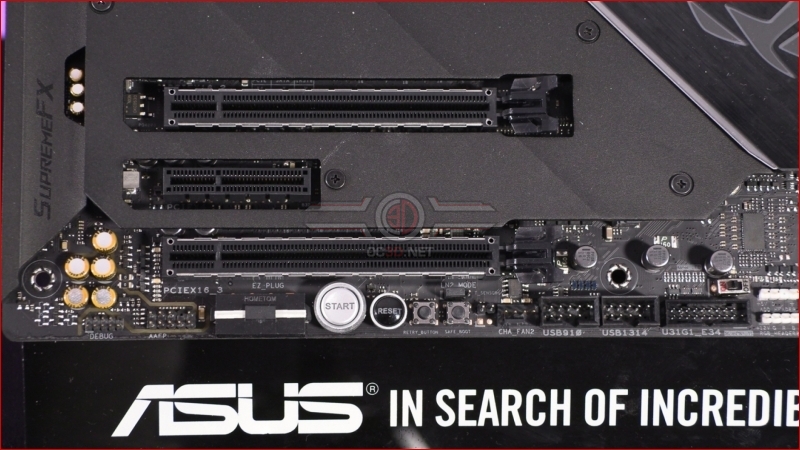 No matter what you desire to connect it's all available around the back of the Omega. USB 3.1 Gen2 in Type-A and Type-C, USB 3.1 Gen1 by the million, two RJ45s for regular networking and 10G networking, the aforementioned audio jacks and the 1.73Gb/s WiFi AC. 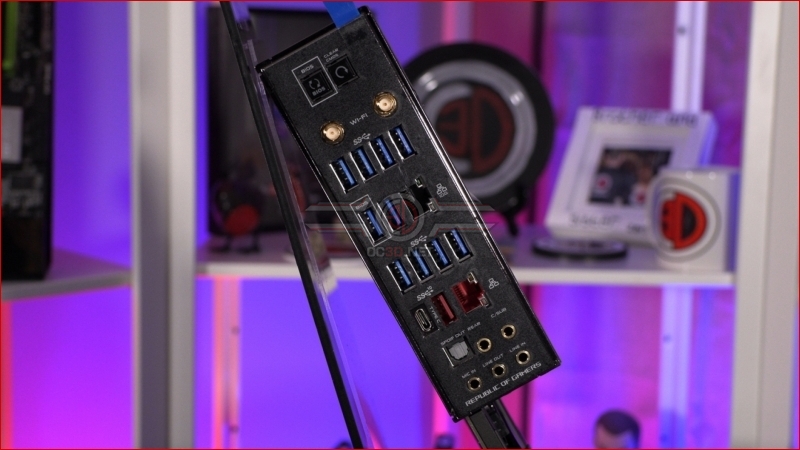 Like the Zenith Extreme Alpha the Rampage VI Extreme Omega has a built in OLED display available to show your temperatures, clock speed, or just your clan logo. 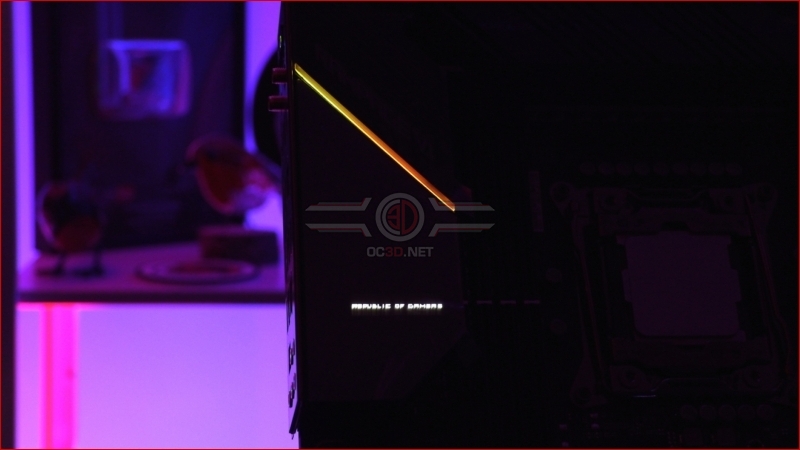 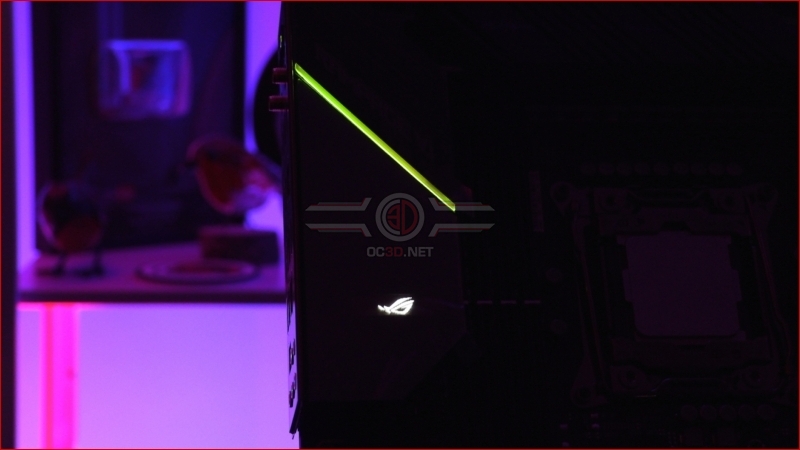 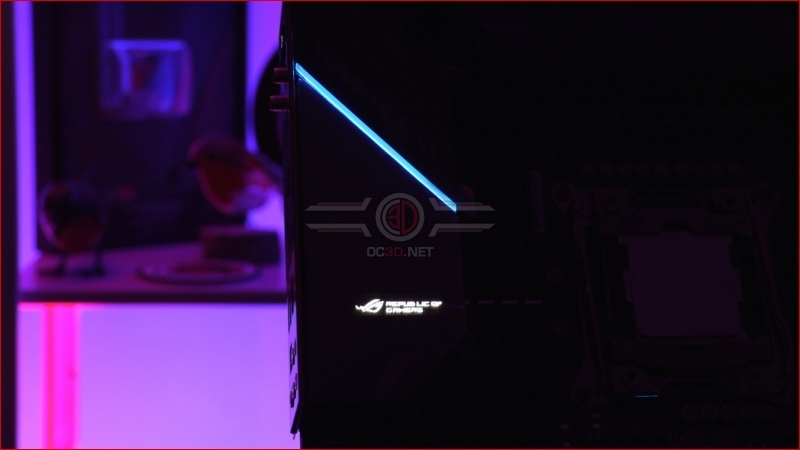