We've always said you can tell the cut of a motherboards jib by the amount of the IO shield that's shield versus the percentage that's cut away. The regular Rampage VI Extreme was hardly a slouch in this department and the Omega takes things up to a level whereby we'll soon not need IO shields because there just isn't anywhere left that hasn't got a connector of some sort. Let's quickly run through because we'll see them again on the next page, two USB 3.1 Gen2 Type-A and 2 Type C. 10 (count em) USB 3.1 Gen1. Two LAN ports, one Intel with anti-surge protection, one Aquantia AQC-107 that supports 10G networking if you've got the very latest home networking setup that supports it. 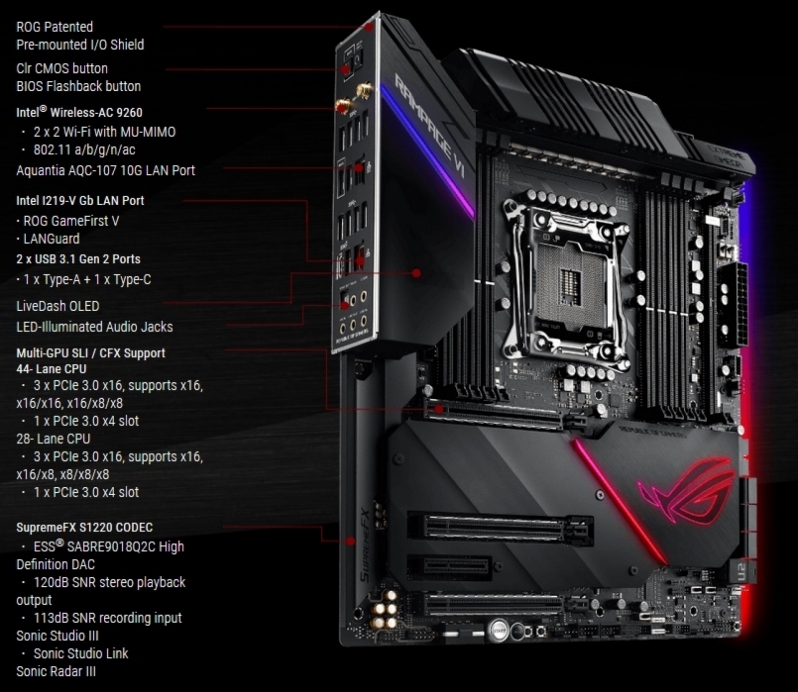 Having a system that pumps out insanely high scores in benchmarks or frame-rates in games is all well and good but if it only lasts a few moments then that can be an issue, particularly when you're dealing with a motherboard at the premium pricing of the Omega. Thankfully ASUS haven't just committed to making the Omega able to deliver gobs of power on demand, but ensuring that unwanted power from electrostatic discharge doesn't interfere with any of your components. You might not plug your network cable in and out very often, but USB ports are in constant use. Equally the safeslot bracing might appear to be a frivolous expense if your life has been one of ease, but we've lost motherboards to PCI Express slots pulling out of the PCB before, and yet never with the strengthened slots. 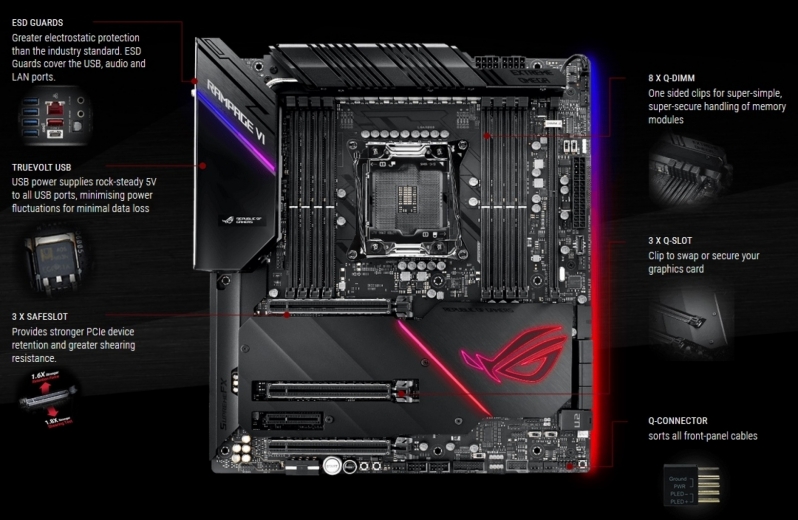 The inside edge of the Omega isn't found wanting for connection options either, beyond that which you would expect from the top chipset in Intel's range. We'll cover this in a moment when we look at it in the flesh. 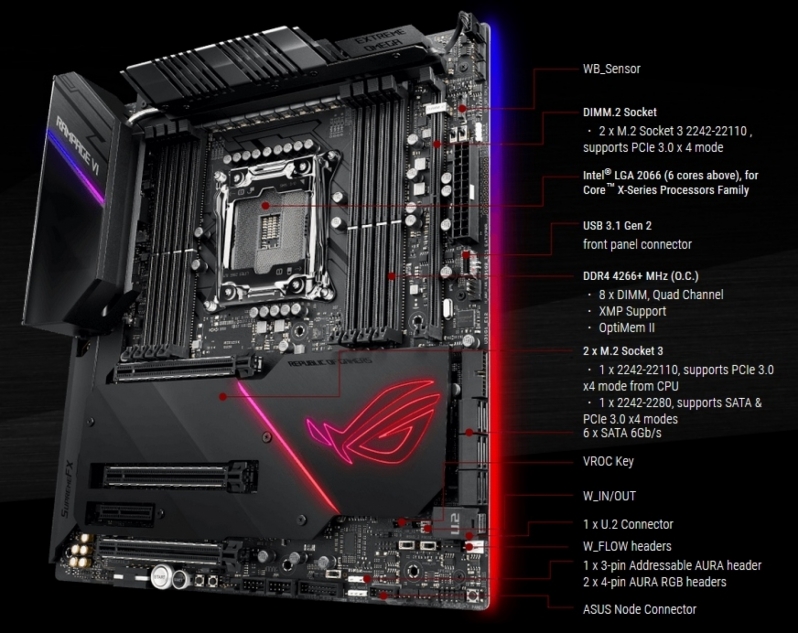 Lastly a quick overview of the fan headers on the Omega. There are two additional pump ones in the bottom right corner as well as a ton of monitoring points. Enough teasing, let's take a look. 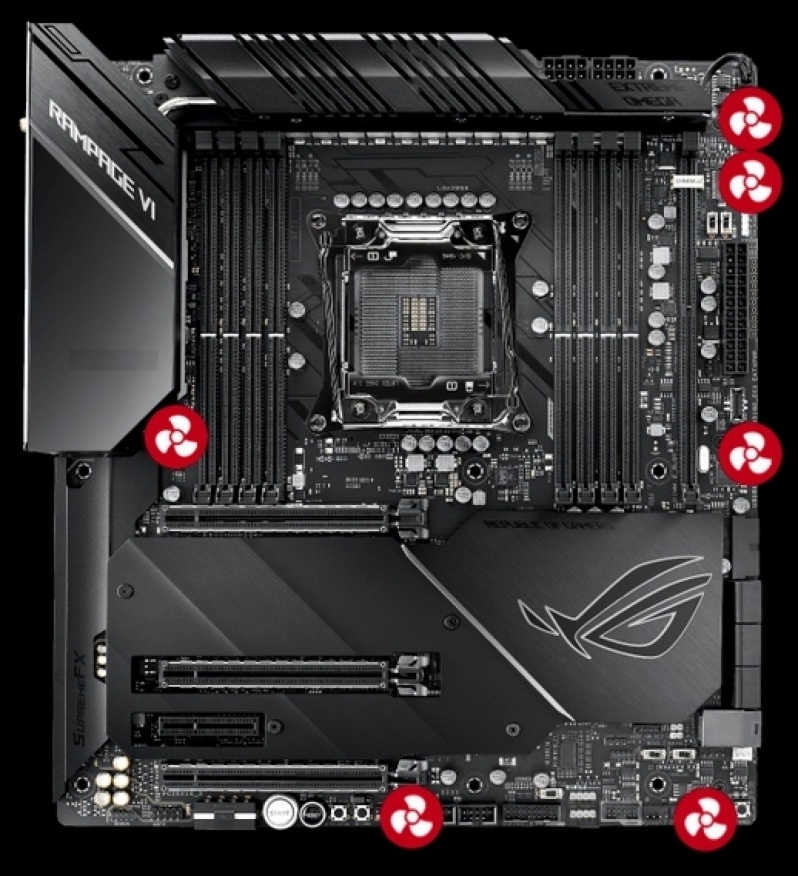