Once upon a time all personal computers were workstations because that was about the only task the manufacturers could consider useful. If you just wanted to game you grabbed one of the early consoles, if you wanted light computing there were plenty of affordable home computers around, and if you needed a PC it was for dBase or Lotus 123.

Although early computers also had some gaming support, it wasn't until the advent of 3D accelerators in the late 90s that a home computer moved from being an Amiga or ST towards being a PC, and indeed that the PC you owned went from just playing Commander Keen to busting out some serious graphical prowess. Yes Doom and the like showed you didn't need a Voodoo Gfx card in your system, but only when 3D acceleration hit the market in earnest did a PC go from being a home computer option to the home computer option.

It took a few years between that point and today before motherboards really took the gaming design philosophy by the collar and adapted their designs to suit, but now the idea of a gaming motherboard is such a part of the PC Hardware world that they are no longer their own separate category of gaming products, but the expected norm. Thus when a motherboard appears which is aimed more at the productivity end of the userbase it now has to be singled out in the way that gaming products were in the past, hence the ASUS WS (Workstation) Z390 Pro that we have on test today.

As a workstation motherboard the WS Z390 Pro is equipped with everything you could require to maximise your productivity, from the more obvious elements like umpteen high bandwidth technologies, through AI overclocking of your CPU. If you're particularly keen on maximising your GPUs for calculations then the support for four GPUs will turn your system into a number crunching machine. 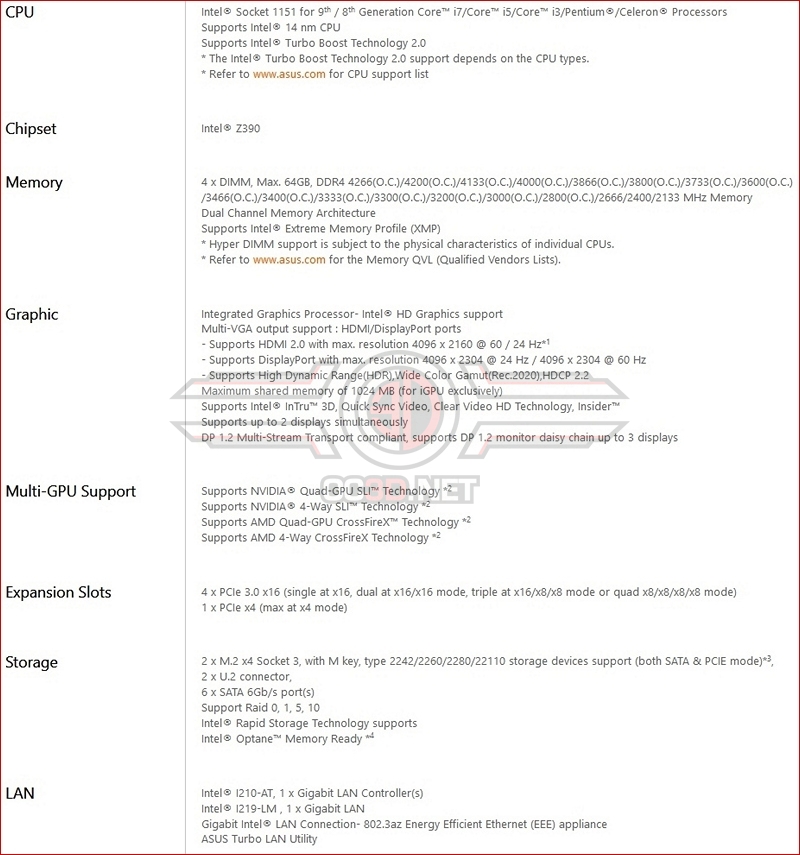 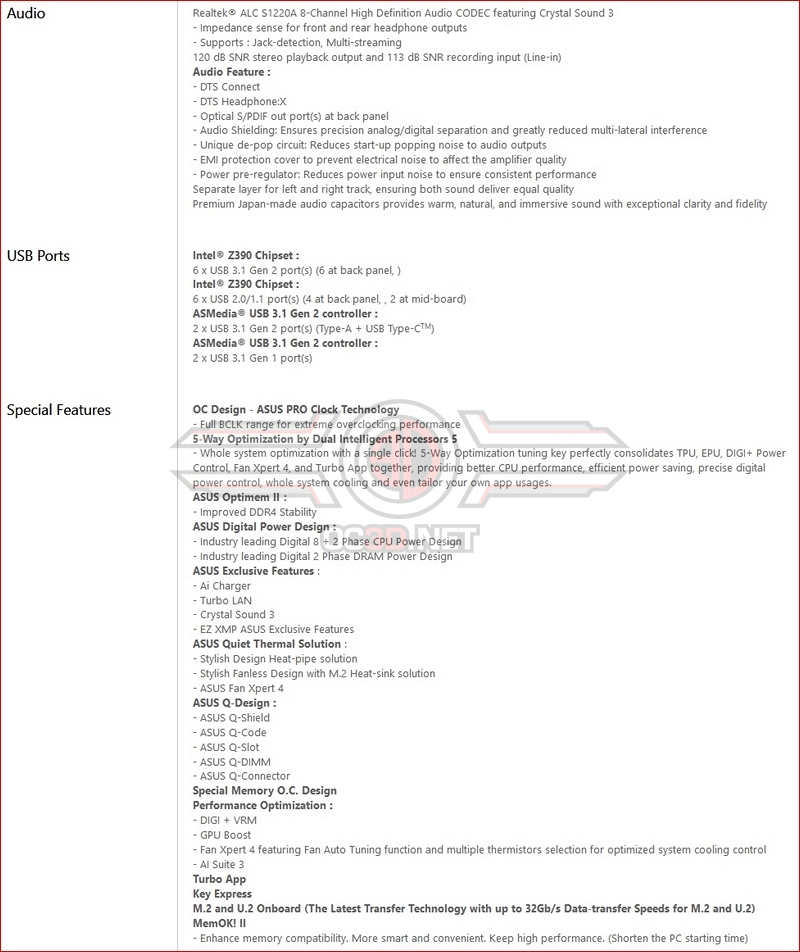 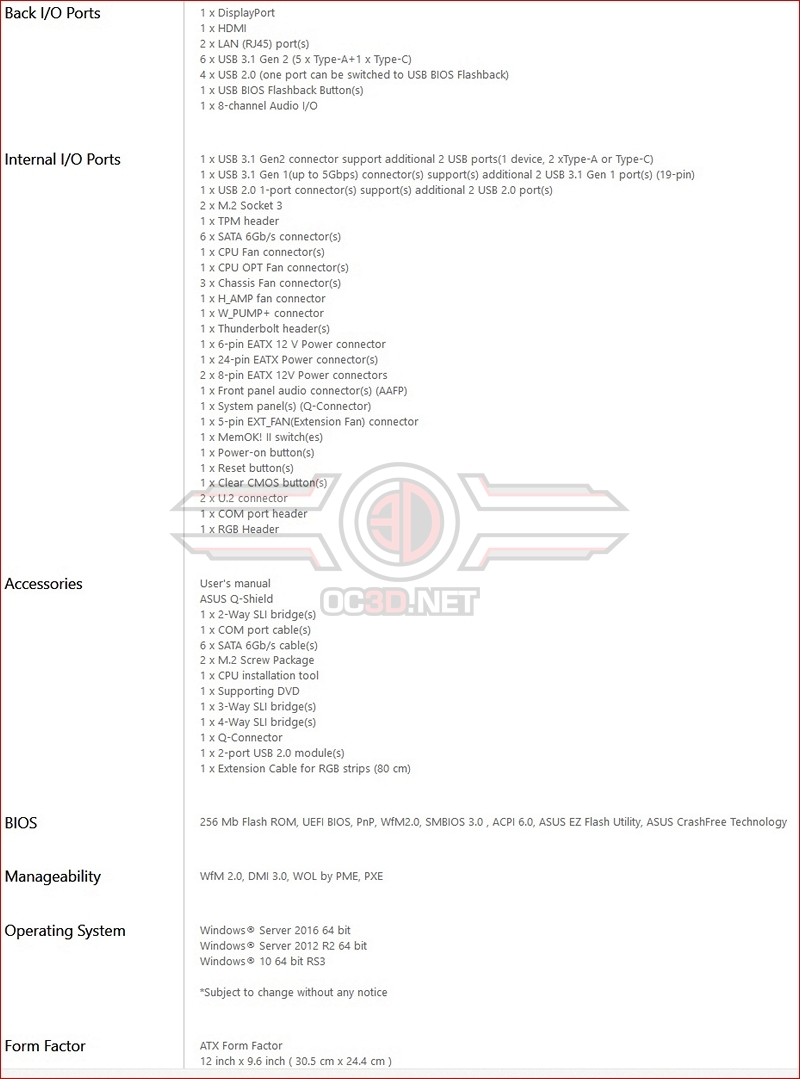 KYOCer
This is an excellent and detailed review. I have a theory that I wanted to run by you. Several times you stated that the performance of this board, although all 390 chipsets perform well, is steadily less than the top boards in it's class. I wonder if this is because the tests are not optimized for this particular board.

By that I mean, this workstation grade board contains a PLX chip to allow dual graphics cards to run in SLI at 16x. Many of the "gamer grade" boards do not have this. It would make sense that the PLX chip would actually create some small performance hit when only running with one video card, but would really shine when running with two.

I have personally seen the difference a PLX chip can make several years ago when comparing some i7 3770K's with dual GTX295 graphics cards. The workstation grade board resoundingly trounced the "gamer" board.

I would love to see if the same still holds true... especially since I just bought said motherboard, specifically getting it for the purpose of running dual GPU's on it eventually.Quote
Reply