The Prime Pro follows much of the ASUS packaging style we've become accustomed to, with only the lack of a ROG logo and the more dominant product image setting it apart from ones like the Zenith and similar. 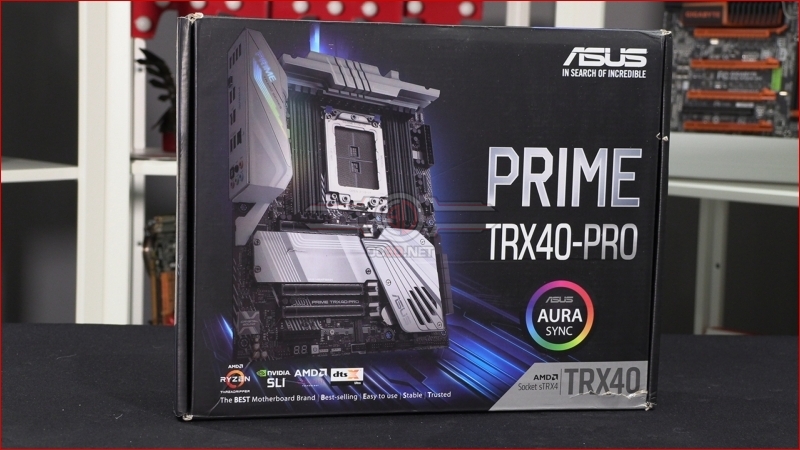 If you've grown weary of the all-black range of modern motherboards then the white aesthetic of the Prime Pro should make you dance with glee. Certainly if you're like certain bosses this writer could mention you'll be happy that your white rig can remain in its current colour scheme. 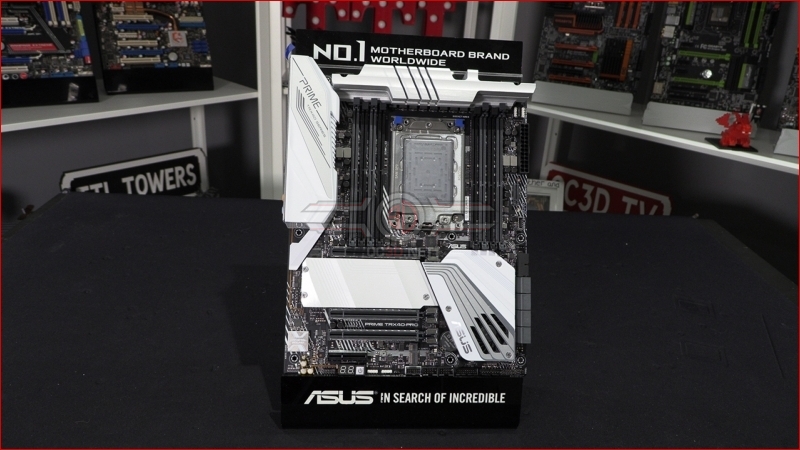 We have to say it's a slightly odd choice to split the 12V CPU headers across the PCB like this. We can't recall a single other motherboard that has done it and it doesn't make for the easiest cable routing. 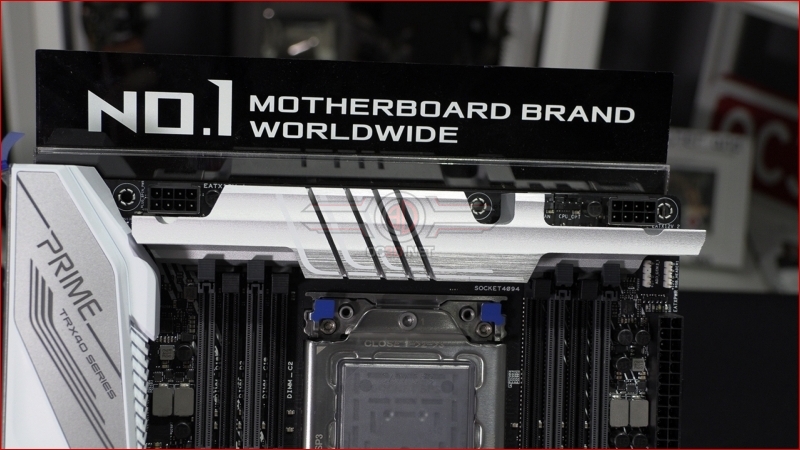 The top right hand corner shows how far the VRM heatsink extends. Although the DIMM slots aren't braced as we've seen on other TRX40 motherboards recently the weight and orientation of your memory hardly makes it a mandatory option. We are also pleased to see another pair of the AURA headers at the top right, letting you bathe all your case in your chosen hue. 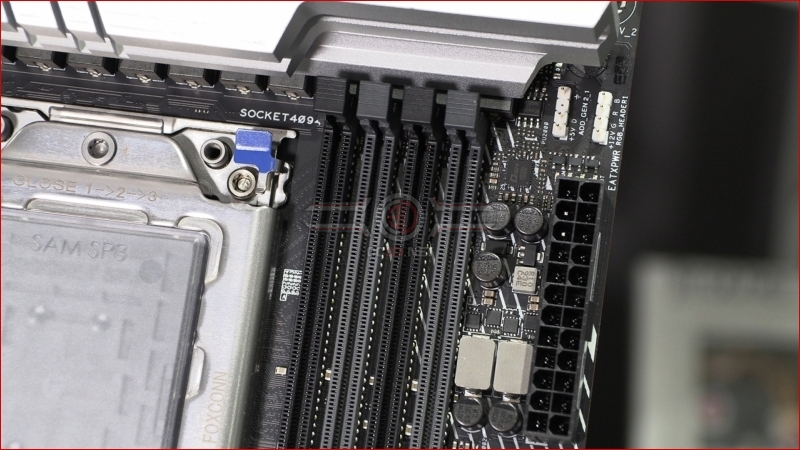 The bottom right corner of modern motherboards has long since stopped to be a place that only had the case connectors and the Prime-Pro continues this trend with fan and pump headers sitting alongside a good supply of USB headers in both 2.0 and 3.2 Gen1 forms. To the right of the actively cooled chipset heatsink you can see the SATA ports, whilst the PCI bracing extends to all the PCI Express 4.0 slots. 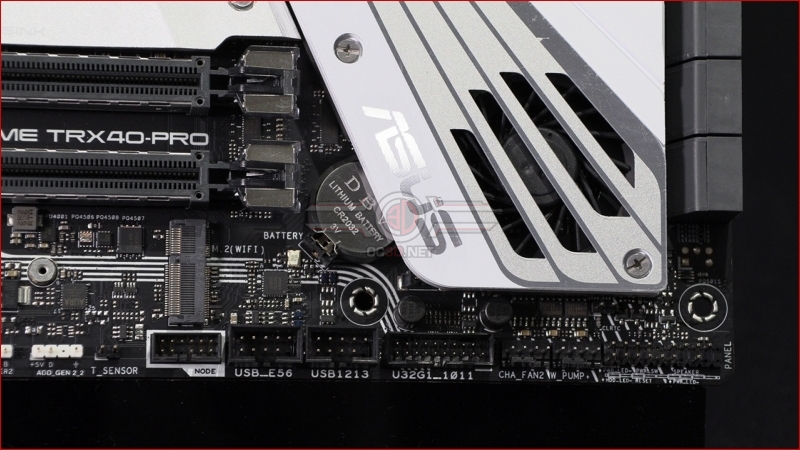 At the bottom edge there is the ASUS Node header alongside thermal sensors, their popular RGB and addressable headers, whilst the power switch and diagnostic 7 segment display are also tucked away on the lower edge. 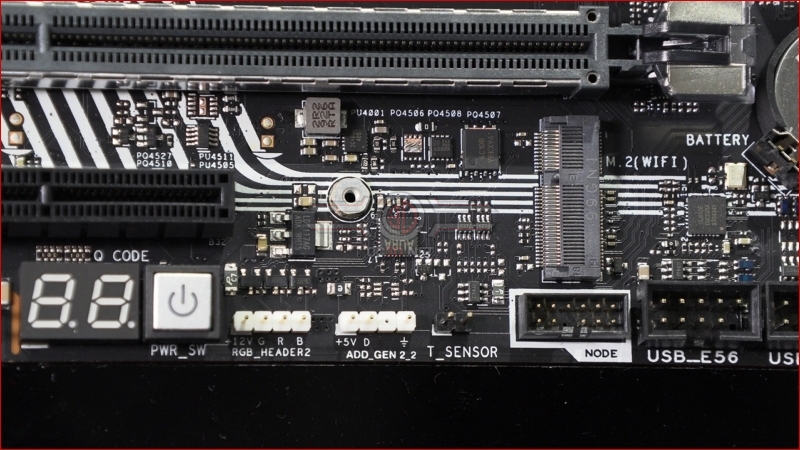 The VRM heatsink is definitely a thick beast. Some times manufacturers use the heatsink as their moment of freedom but the Prime goes all in on the "big chunk of metal" approach. If you prefer a more utilitarian design this could be right up your alley. 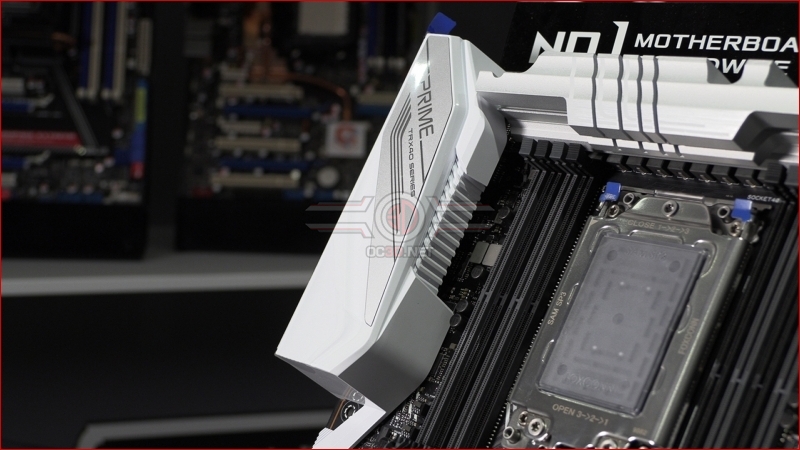 Firstly, no it's not your monitor or your eyes. The IO shield really does look like that. It gives us a headache, so we're pleased it's around the back. It's also not a built in heatsink like we normally see on ASUS motherboards, but is instead an all-plastic affair. Having seen so many high end options recently it's surprising how little there is beyond USB ports, audio headers and a single LAN, but it's more than enough for the majority of users. 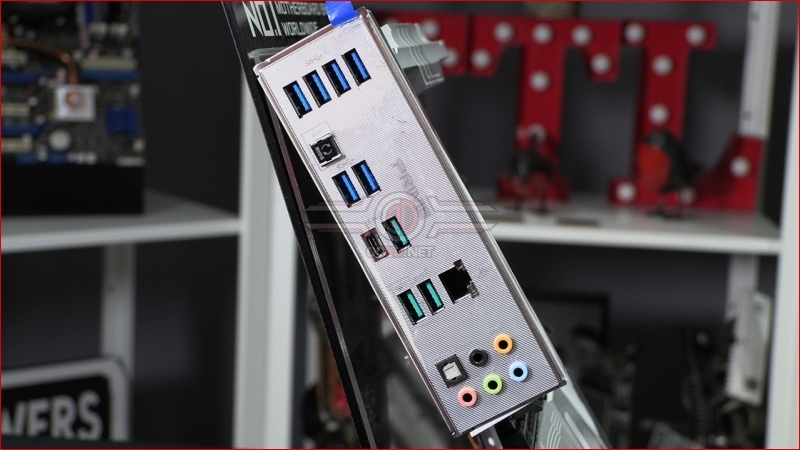