ASUS were one of the first companies to really adopt RGB lighting in a big way and their AURA Sync lighting setup is one of the easiest and most flexible solutions around, supporting a massive range of LED types and features to ensure your system always reflects your personality and aesthetic tastes. As you would expect from a motherboard under the Republic of Gamers umbrella the Zenith II Extreme is no exception. 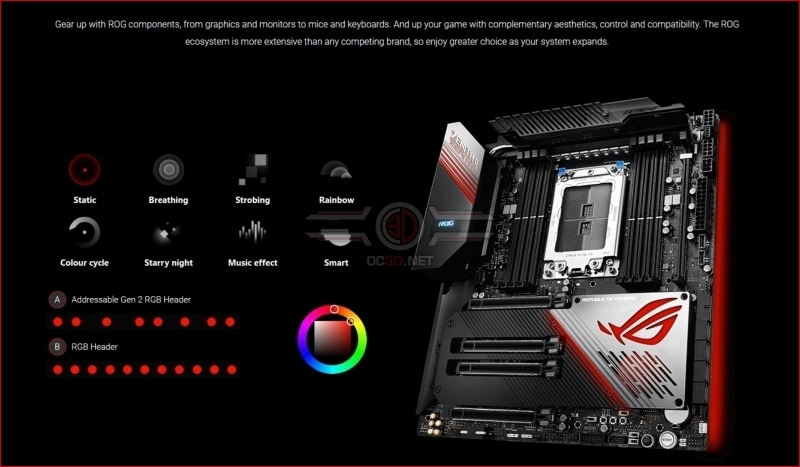 With a 16 TDA21472 70A power stages using the the need for plentiful VRM cooling is paramount and the Zenith II Extreme can disperse all the heat a 600W CPU can generate thanks to fulsome aluminium and two active cooling fans. If overclocking is your bag then it looks like the Zenith has you covered. We like that ASUS call their 16 phase design "strategically teamed", which means that it isn't wired as a genuine 16 phase design as we've seen from recent Gigabyte high end motherboards, but instead is a pseudo doubler. Whether this makes any difference in the real world we'll find out soon enough. 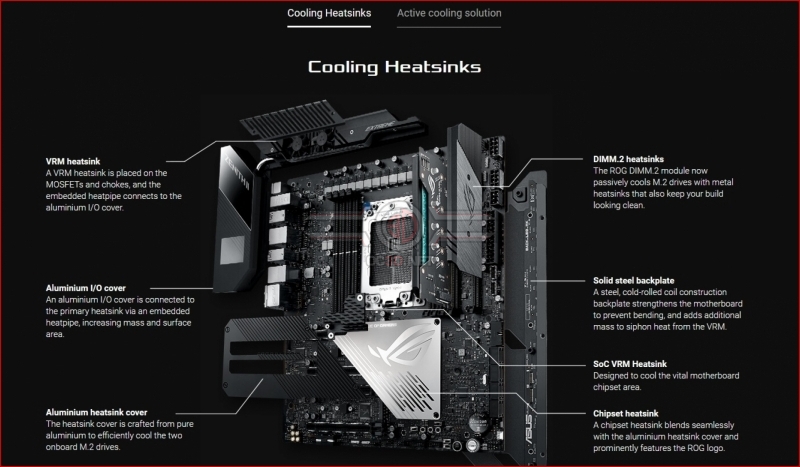 Having lots of heatsinks and aluminium on the motherboard itself is one thing, but we want plenty of fan spots and monitoring places to give us the best airflow and thus keeping the demanding Threadripper working at peak performance. The Zenith II Extreme isn't found wanting in this regard with lots of headers and monitoring points on the front side and that is without needing to go for the Fan Extension Card II which gives you even more fan headers to push airflow through your case. 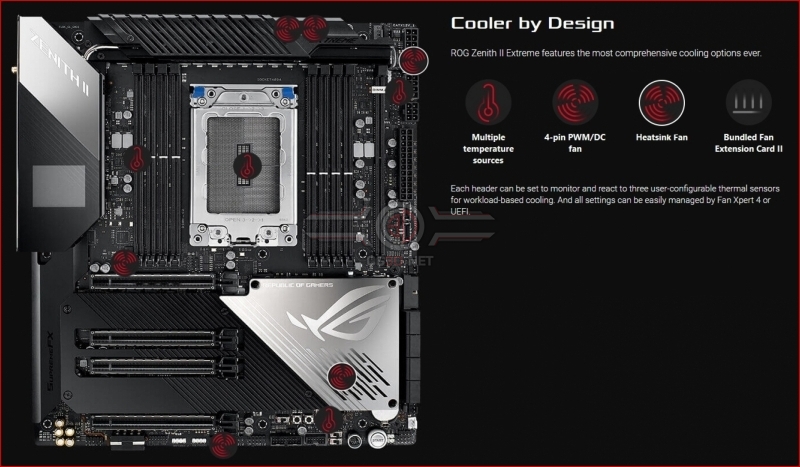