The top right corner includes the switch for the upgraded MemOK II. This is an ingenious system that lets the UEFI determine bootable settings for your RAM if everything goes pear shaped. As DDR4 becomes increasingly fast, and our requirements heavy enough that most of us run four sticks, the chances of hitting a snag increase and this can really be a life-saver. 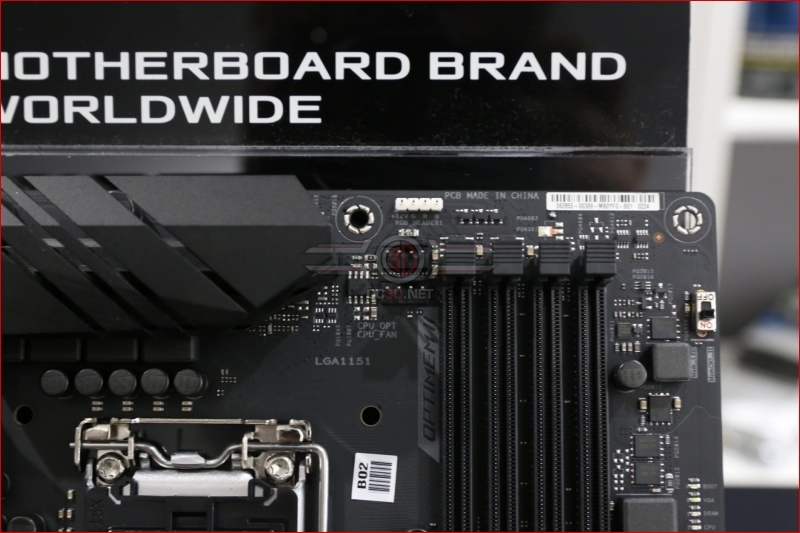 Modern setups require significant cooling to maximise performance, and at the enthusiast end of the market where the ROG Z390 Strix-E resides it is of even greater import. It's nice to see that ASUS have implemented a lot of headers here, just where we put the intake fans in the front of our cases. Less spaghetti to route equals happier users. 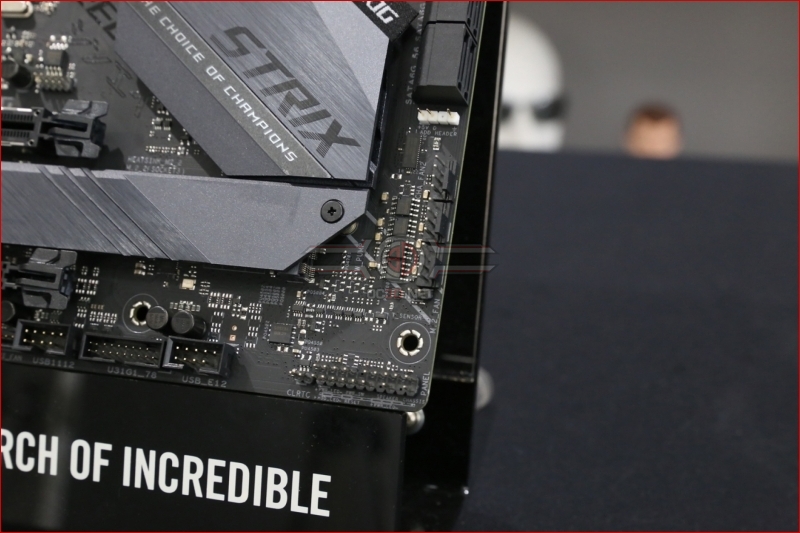 The SupremeFX audio has been one of the best onboard audio solutions for a while, and the Strix-E has the multi-channel S1220A which works with Nichicon capacities to minimise noise and dual opamps to ensure the ability to drive a wide range of headphones. 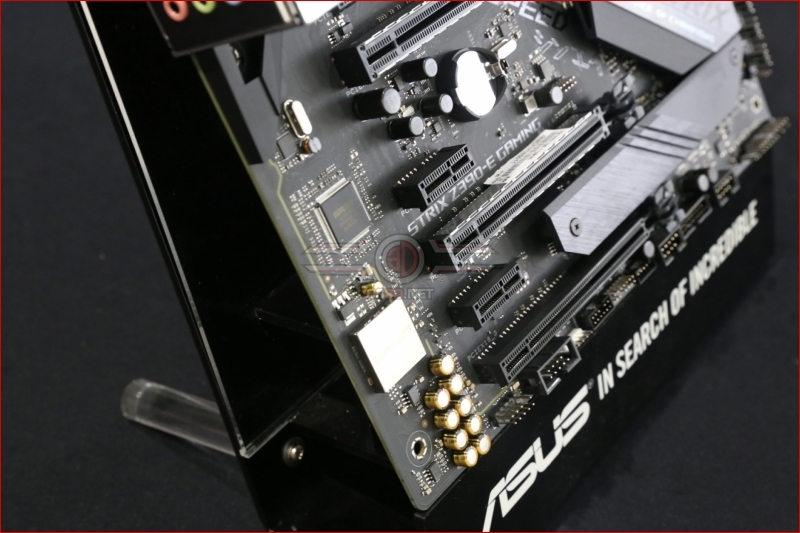 After the rather gaudy text on the Z370 Strix - which we liked - the Z390 has toned things down considerably in keeping with the market's shift towards colouring being largely the home of your RGB lighting. 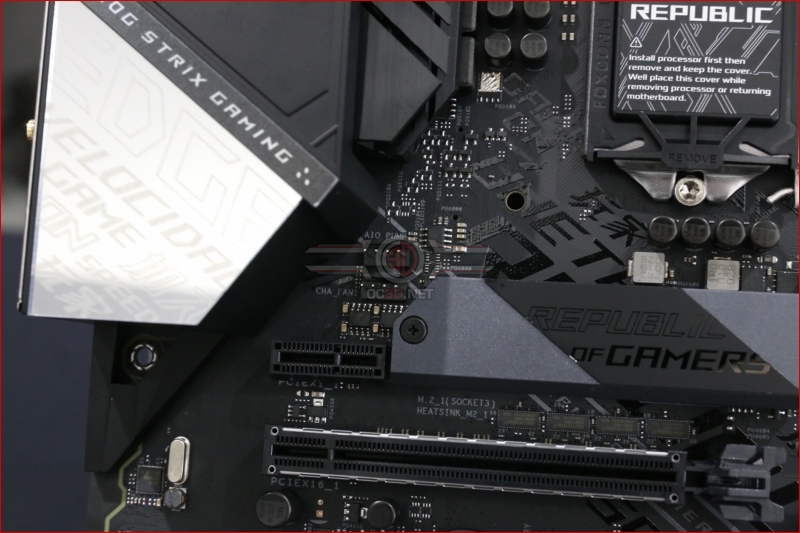 Lastly before we take a look at the Strix-E all lit up, the IO shield. You'll note that the Z390 now has a built-in IO shield saving your fingers and any potential electrical shorts. With all the IO sections in cases being a uniform size we don't understand why this wasn't the only way that motherboards came, but we're glad they got there in the end. This is also the place in which you can spot the main two benefits the Z390 chipset has over the Z370, namely a significant number of USB 3.1 Gen2 ports and built-in AC WiFi. 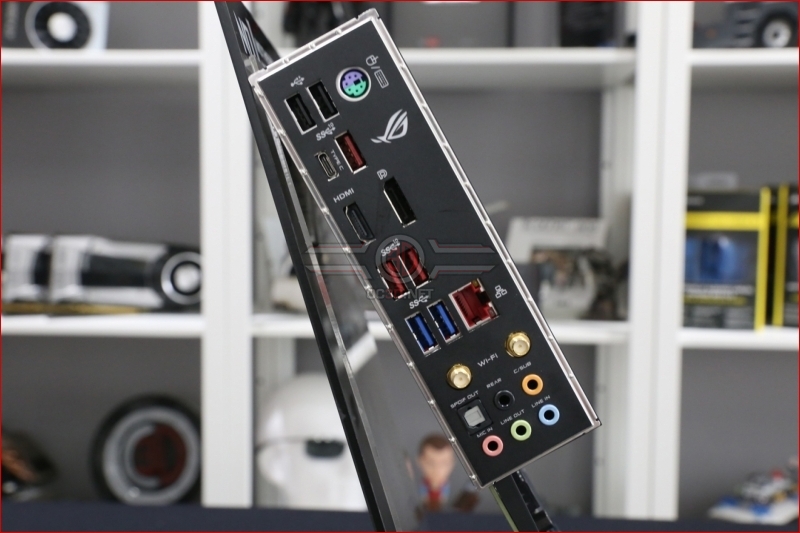