The ROG Strix range continues to wow us. What we particularly like is that the main "red box" ROG range has a tendency to be more conservative, but the Strix is ASUS designers let off the leash. If you're reading through all our Z390 previews you'll have noticed that the main ROG boxes are no longer red, but it's such a touchstone that it's a piece of handy visual shorthand. We'll be taking a closer look at it in the flesh in a moment, but we did have to quote you a small snippet from the ASUS press blurb;

"The Strix Z390-E sheds the flashier guise of its Z370 counterpart, slipping into darker attire to compliment the expanding ROG ecosystem. Flourishes of cyber-text sit on top of a neutral canvas that allows easy component matching and customisation with Aura".

In other words, it's a bit more black than the Z370 was to better show off your RGB lighting. All previews are much better when we show as well as tell, so let's take a quick tour of the Z390 Strix-E.

The Strix packaging is up to their usual high standards with the attention grabbing multi-hued ROG logo and clear product shots a common feature of the Strix ideology. Lifting the lid reveals the Strix itself, all wrapped up and ready for attention. We'll show you that on the next page. Until then, let's have a quick run through what other delights are held within these cardboard confines. 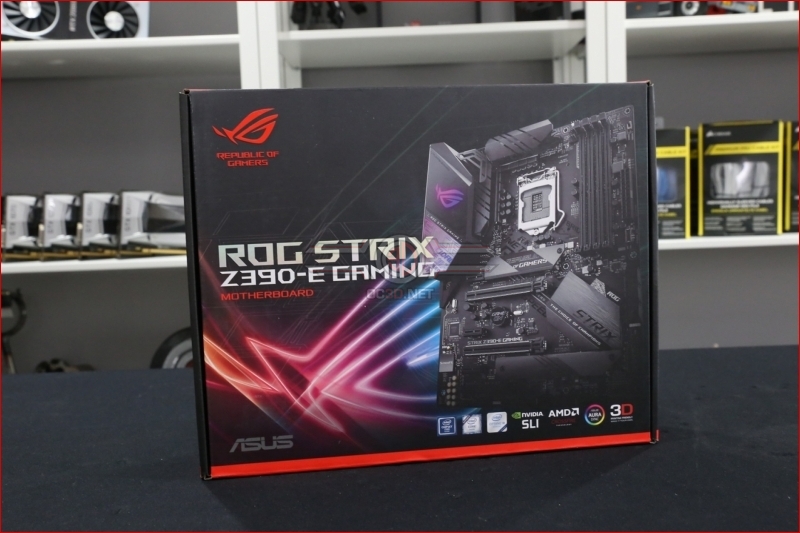 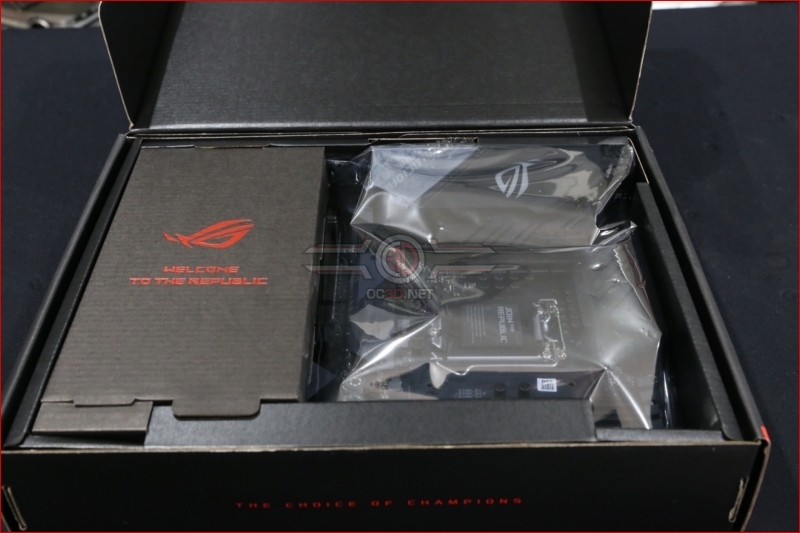 Once you've lifted the motherboard out you can see the quality of the underneath packaging. Everything in its place and a place for everything. It's nice to see the 'cyber-text' echoed on the box art too. 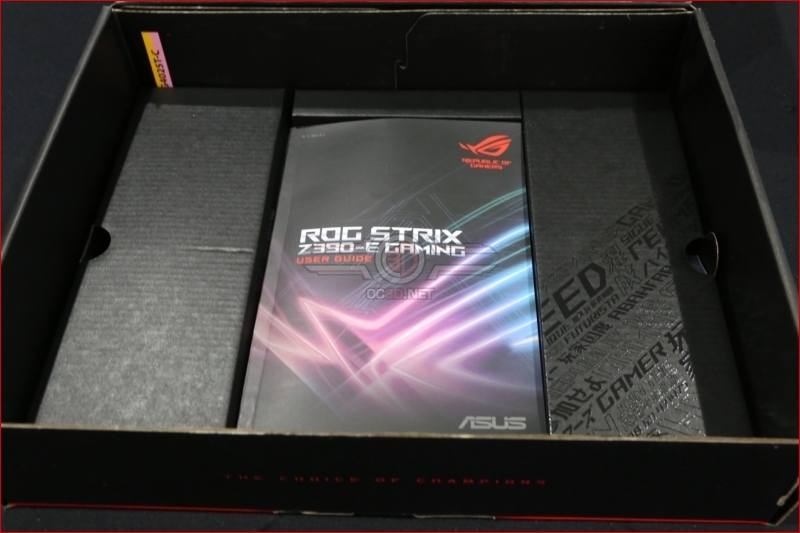 As you would expect from a ROG branded motherboard there are plenty of accessories to be found within the packaging. WiFi antennas, SATA cables, RGB strip extension cables, cable ties, M.2 screws (possibly the easiest thing to lose in the world after watch springs) and a hard SLI bridge. There is also a 40mm fan, more of which later. 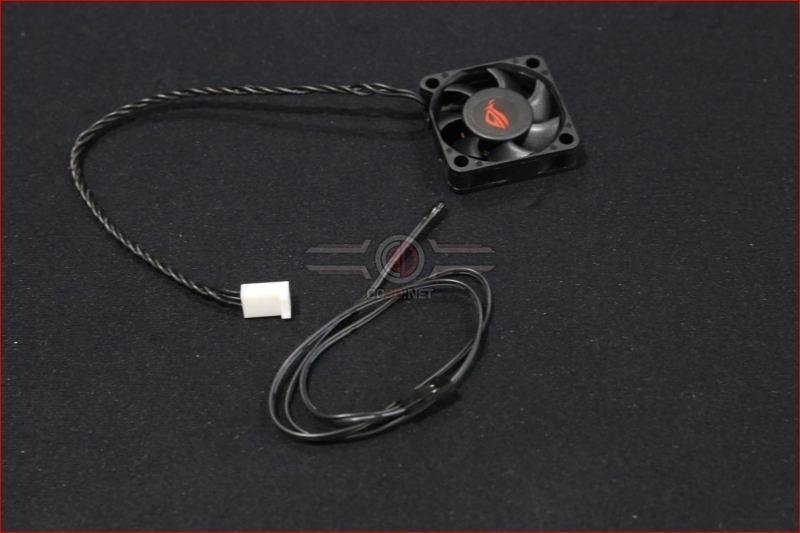 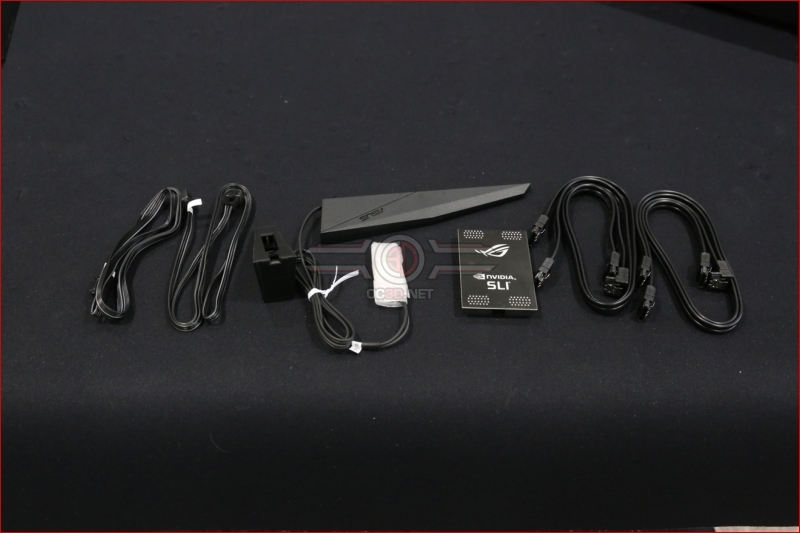