The Maximus VI was the first model which introduced the TUF Armor we first saw all the way back on the P67 Sabertooth, and it has remained a feature of the subsequent models until the recent Maximus X. With the Maximus XI ASUS have taken the opportunity to redesign the Armor to better take advantage of the feature set of modern motherboards. To this end the NVCM indium-coated armour includes a large LiveDash panel, shown at the top of this review, and a wider selection of RGB areas so that you can show off your aesthetic choices to the world.

What will unquestionably catch your attention when we look at it in a moment is the hybrid VRM cooling. Utilising a larger copper section and water channel, the CrossChill III should ensure that your VRMs remain cool under even the harshest of loadings, whilst still having enough passive cooling that those of us who run with air cooled chassis aren't at a disadvantage.

Elsewhere the Maximus XI Formula has improved automatic overclocking for those of you who don't wish to spend the time in pushing their hardware, whilst this can also be used as a baseline from which to launch your own manual overclocking efforts. The voltage sensors have been improved to more accurately report your CPU VCore so that you can have more precise control over it, and the pathways for the DDR4 have been routed in such a manner that the Z390 can be validated all the way up to DDR4-4400.

Despite being the Formula rather than the Extreme, this take upon the Maximus XI has enough features built in that the majority of users wont notice the few that are missing when compared to the superstar flagship ROG offering. Personally we feel the addition of a hybrid cooling system and the included Armor are enough to balance out the scales. Of course we're here to check the performance but we need to take a look at the motherboard up close first, so let's do that. 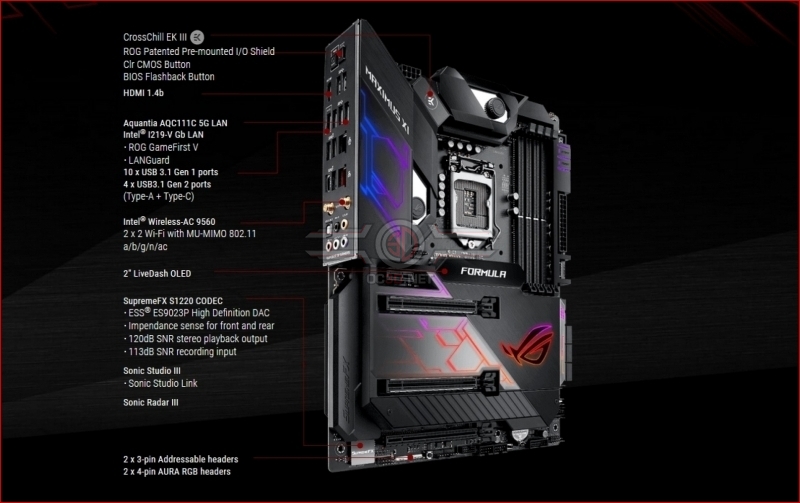 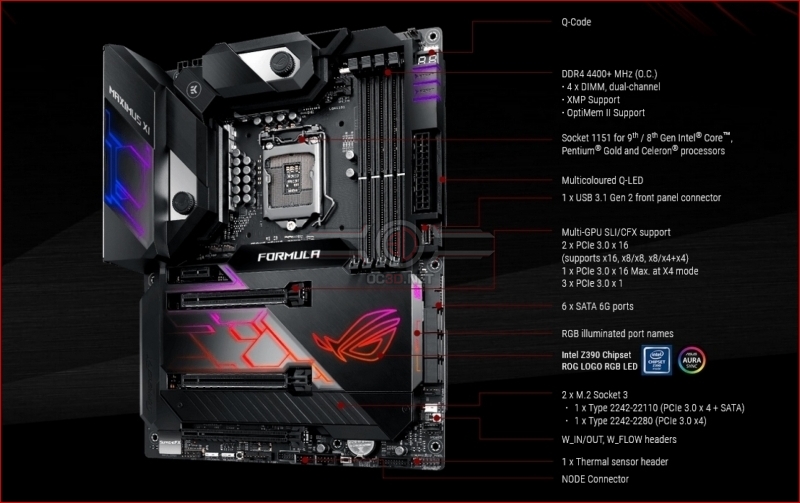 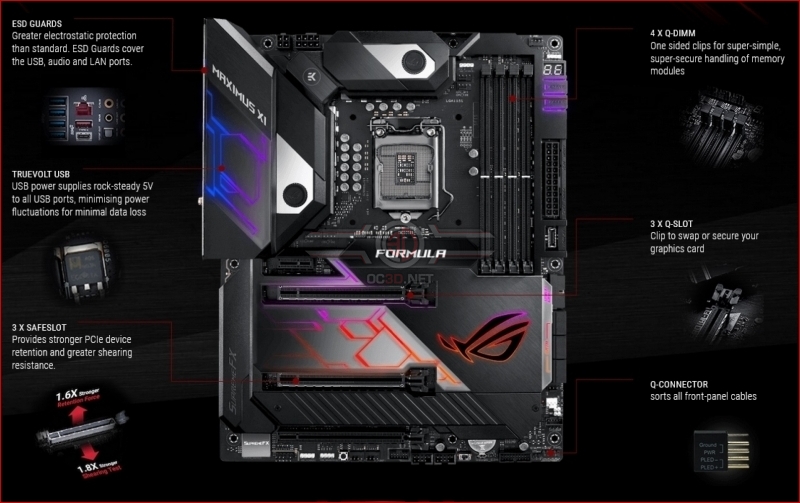 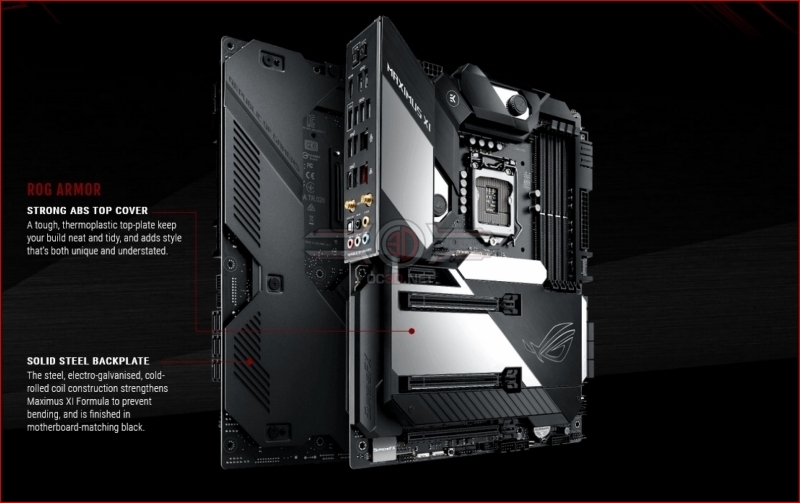 Peace Đ
Honestly, since the mockups suggest WAY more lighting between the PCI-Slots, I'm kinda disappointed with the looks. Is that because of the camera handling the lighting or is all that silver area really not illuminated although that's suggested by the first pictures?Quote

Dawelio
Couldn't find any answer in the review itself, but does anyone know if this board is compatible with both i9 9900K and i7 8700K?... And/or does it require a BIOS in order to use the latter?.

As from my understand based on reviews, it works with either CPU, without an BIOS update.Quote

FTLN
All Z390's are backward compatible with 8 series cpu and all new Z390 chipset features are supported.

I remember coming here a long time ago looking at reviews and getting some pretty good info on overclocking modding etc but nowadays all TTL seems intrested in is modding his cars... The depth of the reviews are going downhill....Quote

Dawelio
Quote:
Ahh cool, thanks for the info. Much appreciated!

So just to be clear; No BIOS needed? Ie, if you’ve got an 8700K and then decides to get an 9900K down the line. I assume it’s just dropping it into the motherboard and ofd you go? It will work just fine?...Quote

NeverBackDown
Why do you ask such easy questions you already know the answer to on how to find out?

The CPUs are supported since the Sept 29/2018 BIOS update. It's impossible to know which board you will get. it may or may not have at least that version of the BIOS. You should already be updating the BIOS as soon as you buy any motherboard anyway. It's a critical step in any motherboard change. With ASUS boards you don't need a CPU in to update the BIOS last I checked. So even if it is an older BIOS then you will still be able to update it. If not then borrow someone's older CPU.Quote
Reply