Whenever a new chipset is launched the market always looks towards the flagship models from manufacturers to see what is possible from the new technology, whilst also getting a glimpse of the high end features that will trickle down to the more affordable options later on down the road.

Unsurprisingly the Maximus XI Extreme has a seriously meaty set of specifications. If ASUS had crammed any more onto the E-ATX PCB they'd probably need to get in touch with the Form Factor people and define a larger standard. Like the Maximus XI Formula the Extreme is equipped with all the new Intel Z390 features - USB 3.1 Gen2 and 2x2 AC WiFi - whilst also having the parts that separate the Maximus XI Extreme from the mid range motherboards. You get the LiveDash OLED display to keep an eye on your overclocking efforts, temperatures and the like. There is also a Aquantia AQC-111C 5G LAN for your high bandwidth networking fun and games. Elsewhere we have the more regular ROG accoutrements like the AURA lighting, GameFirst, Sonic Studio, Sonic Radar and support for Optane memory to speed up your SATA storage devices. But enough blather, let's look at it in the flesh. 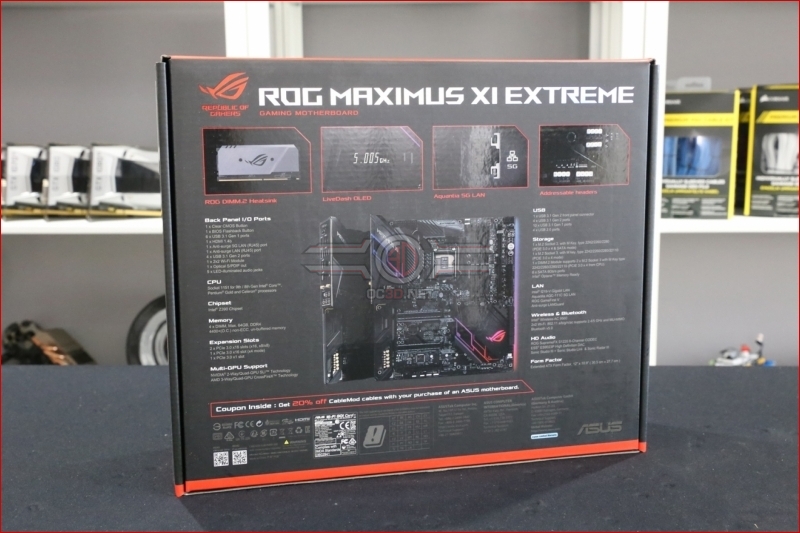