We've often said how much we like the Strix packaging design and it must have proved popular with everyone else too as even the Maximus XI ROG boxes are now all black. The ROG Z390-I Strix goes all in on the packaging with a clear product shot on the front and the rear showing off what you get with your purchase. Considering it's 17x17cm it's almost ridiculous how much connectivity is available here. 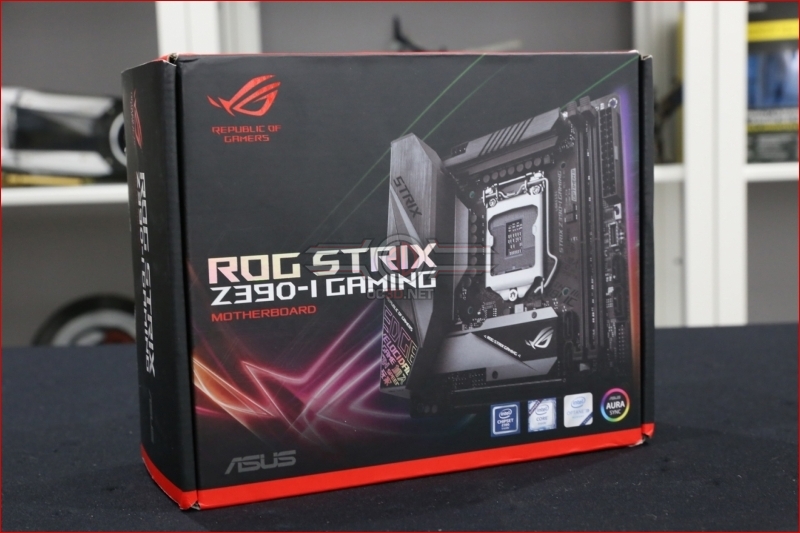 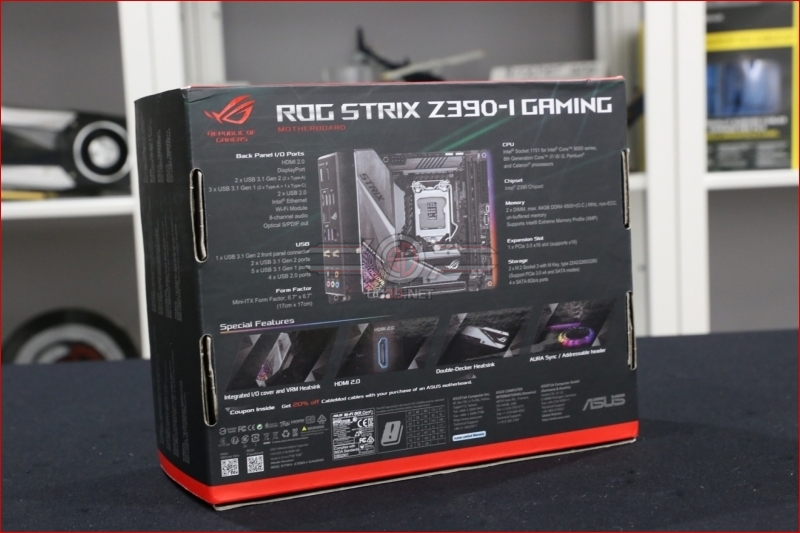 Unsurprisingly the Strix ITX is the easiest of the Z390 motherboards of which to give you a preview. Instead of splitting the motherboard across multiple photographs you can see it all in this one shot. Largely the realities of the compact dimensions are borne out by how few bits of sizzle there are with the steak. That isn't remotely a negative as anyone purchasing such a teeny motherboard understands that you're going to get as much as can be fit upon the PCB that ticks all the important boxes. Nonetheless the Strix ITX manages to come equipped with significant heat sinks on the power phases and looks that are good enough that you aren't feeling short-changed just because you require a smaller footprint. 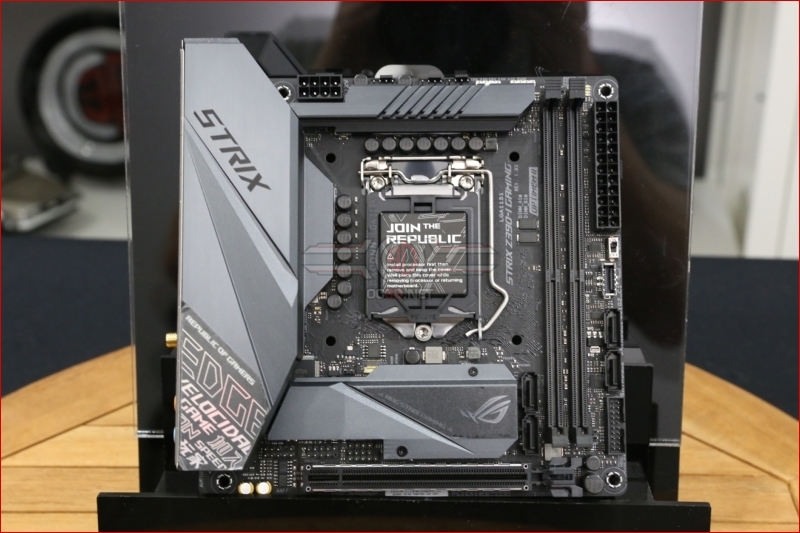 With the Strix branding in place you expect the ITX to have a few more bells and whistles than might be on a Prime or other named motherboard. The Z390-I delivers with plenty of fan and AIO pump headers alongside the RGB LED Strip and addressable header. 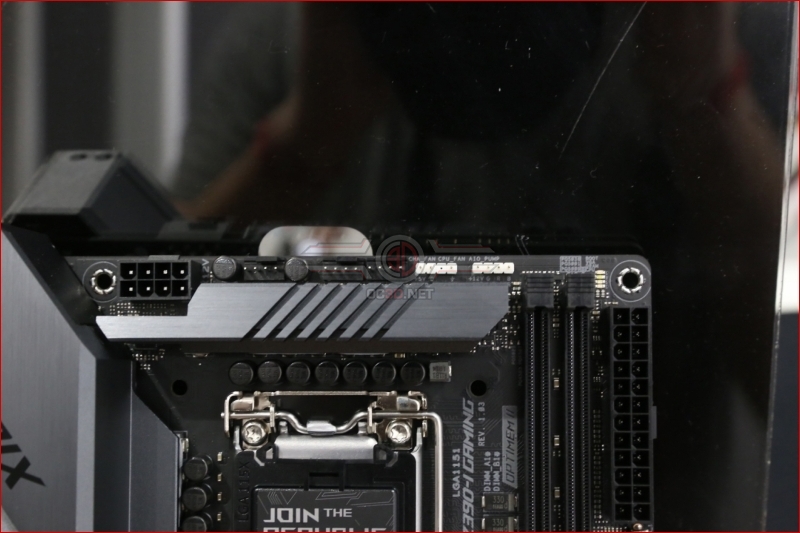 The IO section of the Strix ITX shows how much is included with the Z390 chipset by default. Because there isn't enough space for ASUS to add extra features you're very much getting the vanilla Z390 experience, but there are still two display outputs, six USB ports of Type-A and one of Type-C, the WiFi antenna and SupremeFX audio jacks, all with a built in IO Shield to save your fingers. 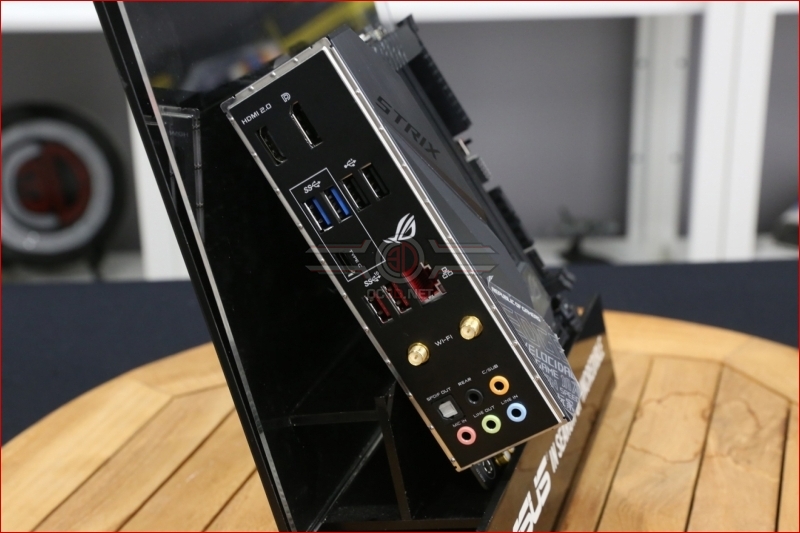 Given the small footprint of an ITX PCB and the amount of technology included with the Z390 chipset, especially with the extras that a Strix brand employs, it is surprising that ASUS have managed to find enough spare space to include a heat spreader for the M.2 drive. 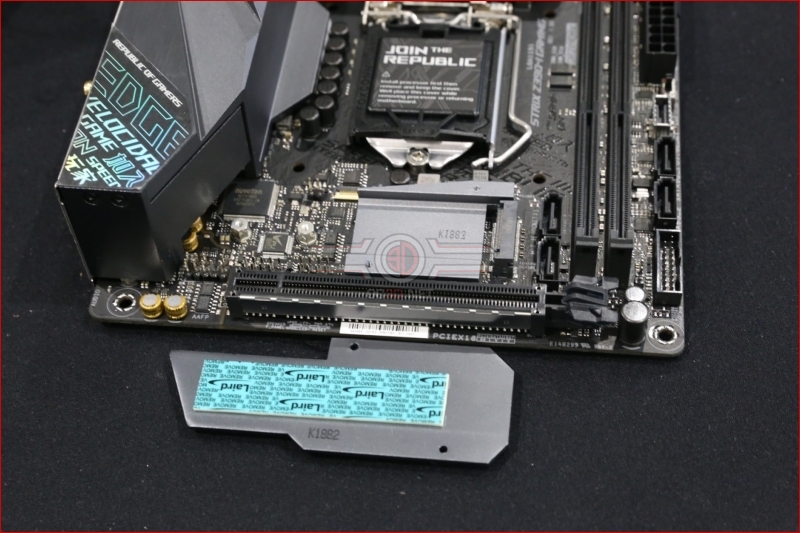 If the big specifications list gets complicated to picture in your mind then this overview shot should help clear things up. It's amazing how the ever evolving world of higher bandwidth means that even with such a small footprint you're not short of places to plug things in or expand your current hardware selection. 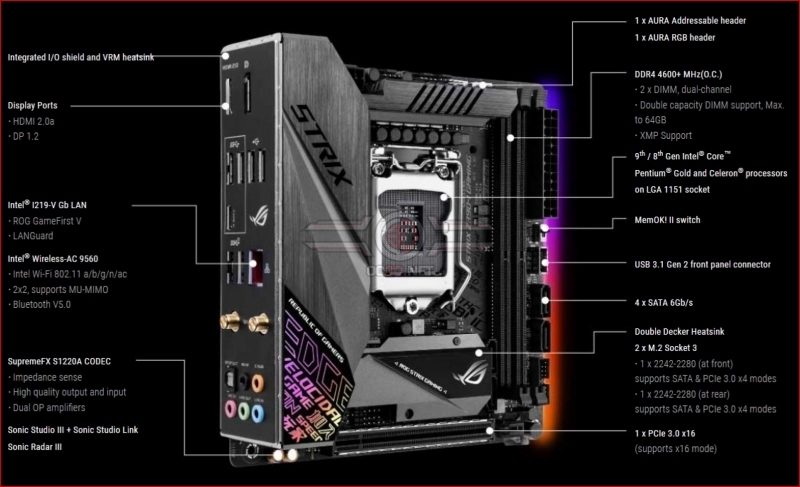