Power comes courtesy of 14 Infineon IR3555 power stages teamed across 7 phases. The Maximus XII Extreme had the 90A MOSFETs, whilst this Strix-E utilises the 60 Amp models. Worth bearing in mind if world records are your sole target. 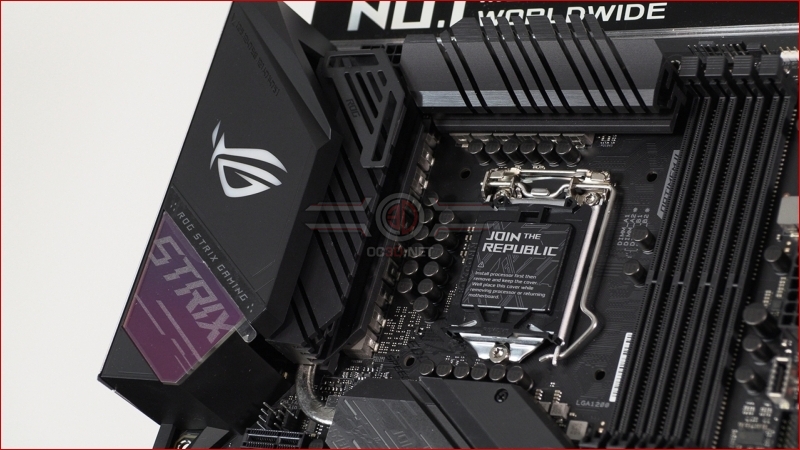 Lastly you can see that a heatpipe ties all the heatsinks together, spreading any heat generated across the widest possible area. If you're particularly dextrous you can take advantage of the two fan headers squeezed between the heatpipe and the PCIe x1 slot. 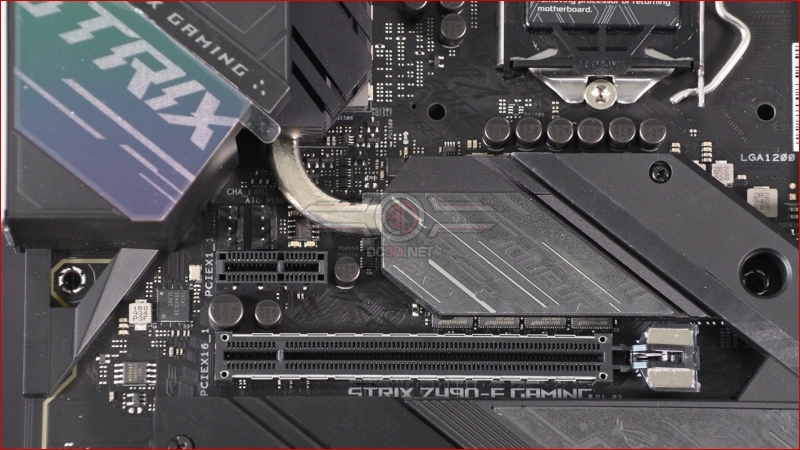 Lastly the lighting on the Strix-E is up to ASUS usual high standards. We're big fans of how well matched the Strix and ROG logos are, drawing a diagonal across the PCB. As neat freaks we're somewhat less keen on the 'screen tearing' effect on the Strix logo itself. We're sure there is a reason it looks like the display is broken, but we can't imagine what that reason is. Those of you who have been banging your head off the terrible software that controls the LiveDash might not be surprised to see that the LiveDash is totally absent here.

We'll be back in a few weeks with the full Z490 launch, but until then discuss the ROG Strix Z490-E on the OC3D Forums. 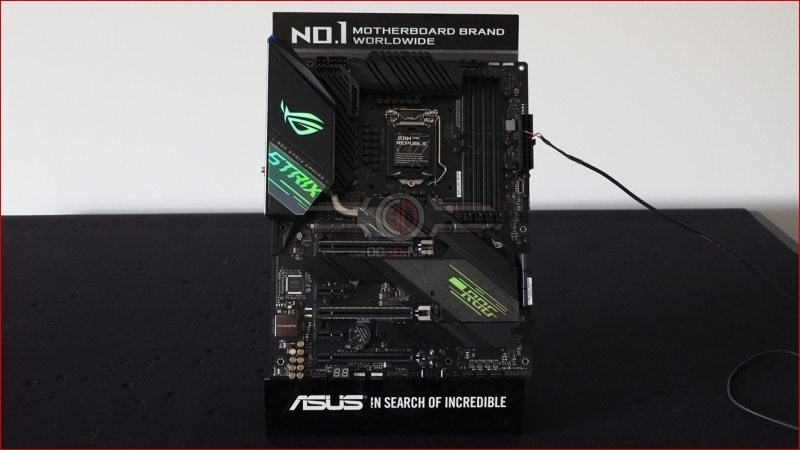 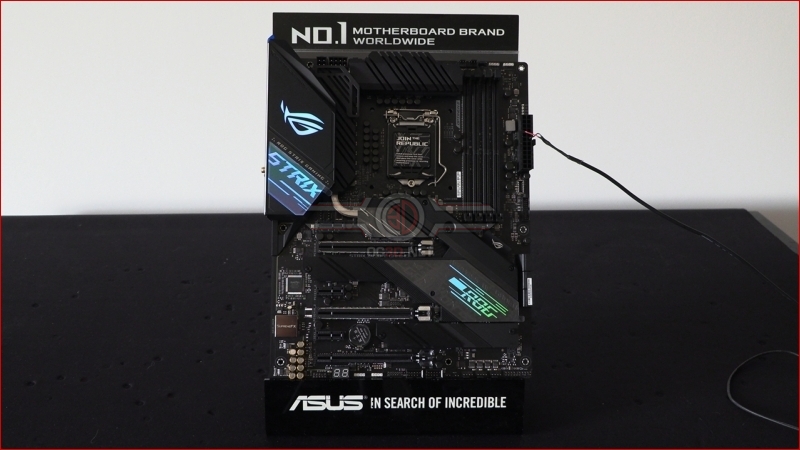 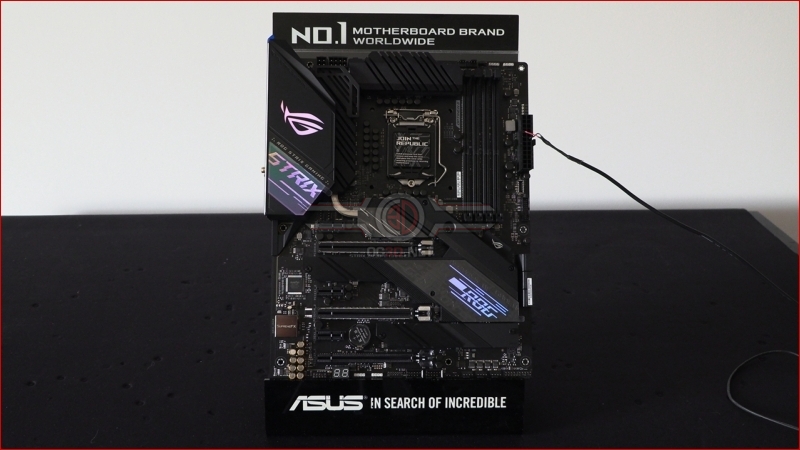 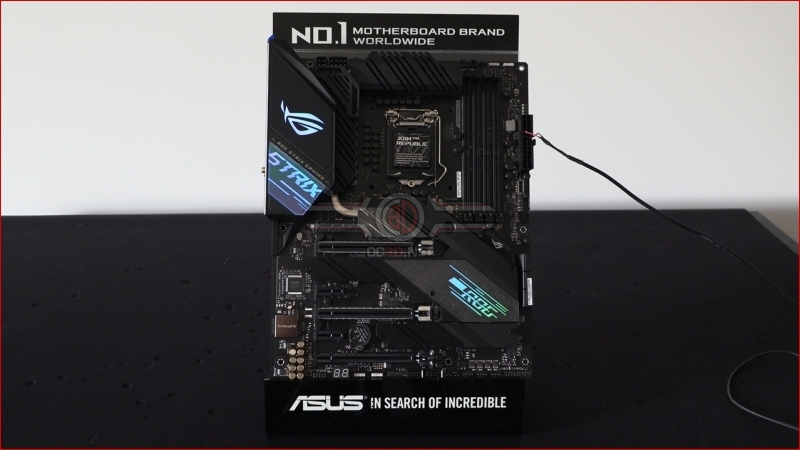 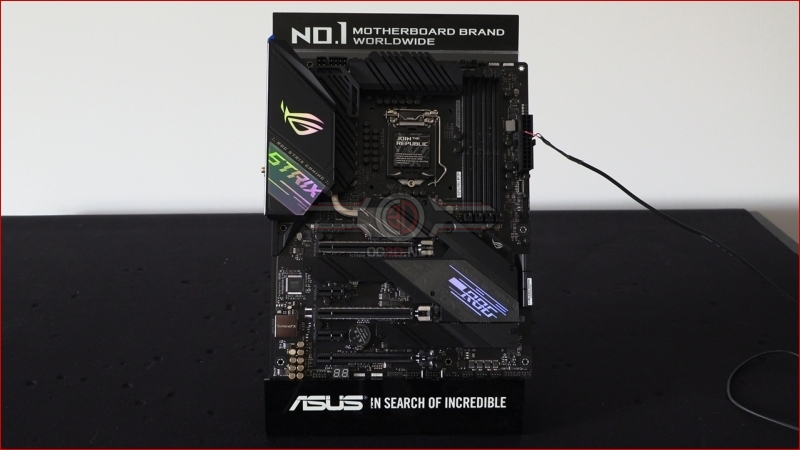