For most of us when we think of ASUS we automatically think of their Republic of Gamers range. Sure there are plain ASUS products available, but the ROG ones are so varied and usually so good that the two are utterly inseparable. Usually the only barrier to grabbing a ROG product is the cost of their flagship products, and to solve this issue ASUS released the Strix brand under the ROG umbrella. To say it has been successful is completely understating things.

Strix products fly off the shelves, combining the beefy capabilities of their high end ROG products, but stripped of those more niche features that push the prices to the stratosphere. Instead you get a more gamer focussed product with all the bits you want, without requiring you to pay for the things that you don't. It's not a great surprise that it's comfortably the most popular suite of products in the ASUS range. Often a simple formula is the best one, and the Strix shows that maxim to its utmost.

With the Z490 chipset about to appear it isn't a shock that ASUS have brought out a Strix motherboard equipped with Intel's latest chipset, and we have the most popular offering in their motherboard range, the Strix-E, to review. First though, as the review date isn't yet upon us, it's preview time. Ready?

Strix packaging has always been attention grabbing with the huge, multi-hued ROG Eye logo dominating proceedings and the Z490-E is no exception. Around the back you also get a glimpse at the various features, but we'll go through those as we show you the board up close on the following pages. 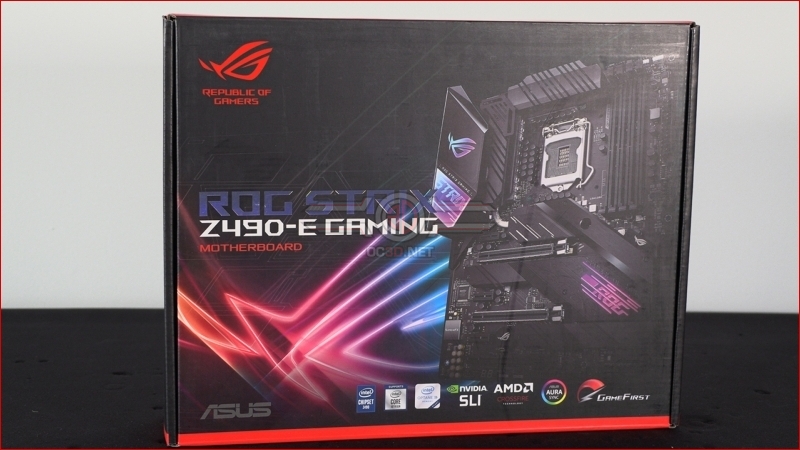 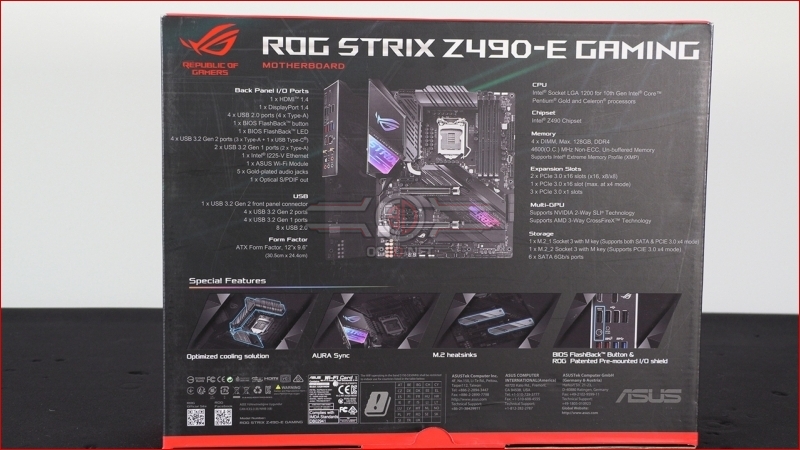 Although it doesn't come with the same huge amount of accessories we saw from the Maximus XII Extreme, the Strix-E still has a lot of cables and things to entertain you, as we'll look at on the next page. 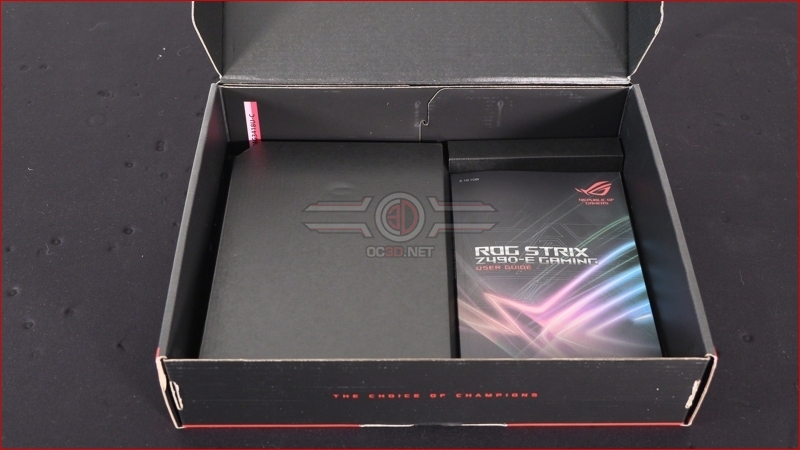 Unlike the Maximus Extreme and Aorus Extreme, the Strix E(xtreme) carries on the CD based installation. Given how quickly drivers get updated it's probably best just to use it to grab the network drivers and then download the rest from their site, particularly when you take into account how few of us have optical drives in our systems these days. 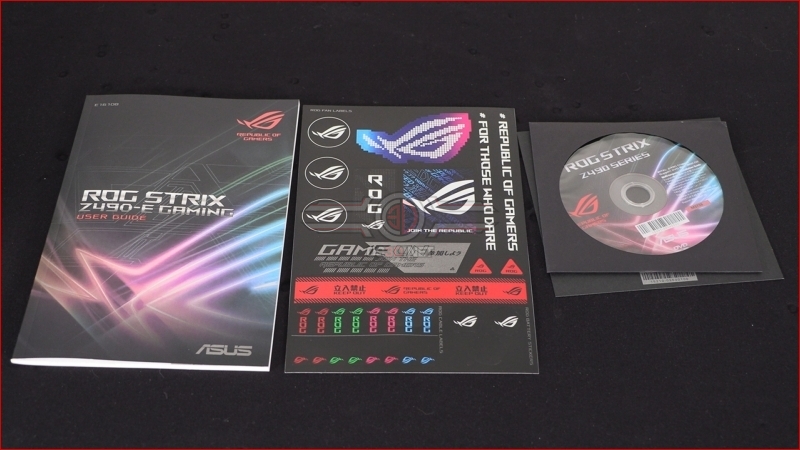