The Strix packaging has quickly become as recognisable as the classic red we're more used to seeing from the ROG range. Given how ubiquitous that packaging became we think it speaks loudly about the confidence ASUS have in their Strix brand to use it for the X370 motherboards. Okay, technically it's a ROG product, but you know what we mean.

The side mounted nature of the CPU means that the socket is a bit further down and across than it normally is on the Intel Strix variants, which makes it looks slightly askew, particularly with the beefy nature of the heatsink around the IO section. That's purely something that takes a teensy bit of getting used to and even then only because we've seen so many motherboards during the course of our work. For the majority of people who have only ever seen two or three it will be fine, because it is. 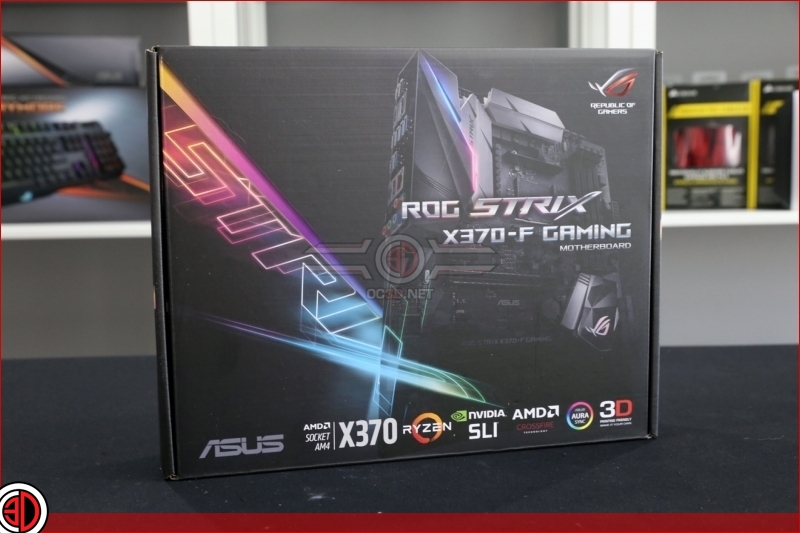 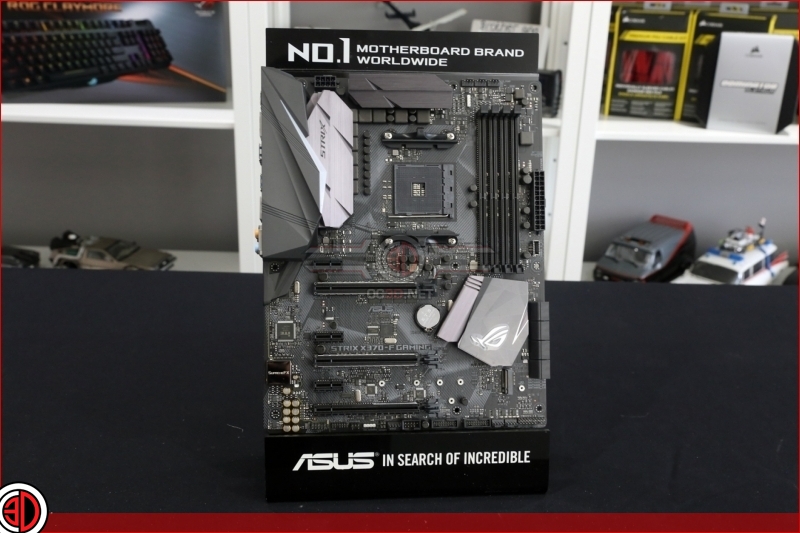 With so many people utilising the many AIOs on the market to keep their CPUs cool we love that dedicated headers have become a thing now, and ASUS have been leading the way. As well as a dedicated header you can also plug your fans into the same place on the board, great for those of us who like to keep our cables grouped together when we're tidying them up. There is also a RGB LED strip header for the AURA lighting, in addition to the one at the bottom edge of the Strix. 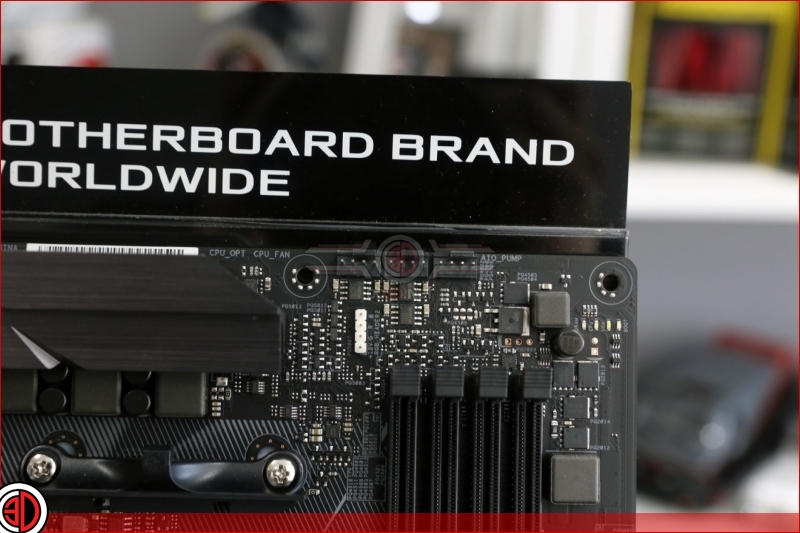 The second pump header is at the bottom right corner of the Strix, whilst there are plenty of USB headers for your front panel, or even bracket extension, needs. There are two 3D printing mounts here which you can use in any way that your imagination can decide. We quite like the idea of using the one beside the M.2 socket to mount a fan to really keep your M.2 drive cool and thus performing at the peak of its capabilities. 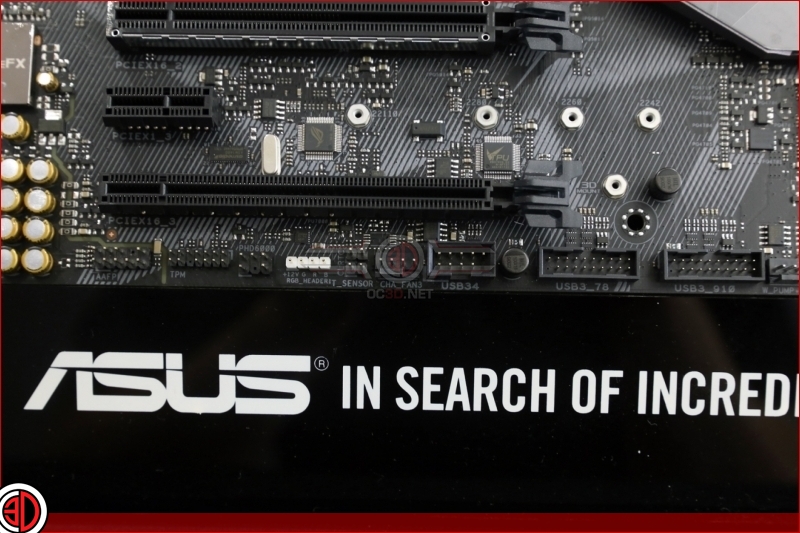 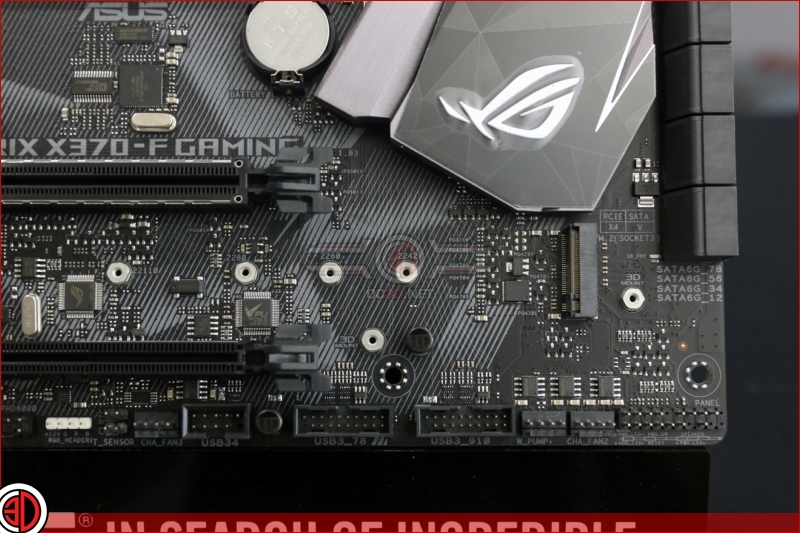 As befits a motherboard that offers so much, the ASUS Strix X370-F comes with eight SATA ports and ten USB ports, separated into two USB 2.0, six USB 3.0 and two USB 3.1 of the Type-A and Type-C styles. Additionally there are HDMI and DisplayPort outputs should you wish to bypass a GPU. 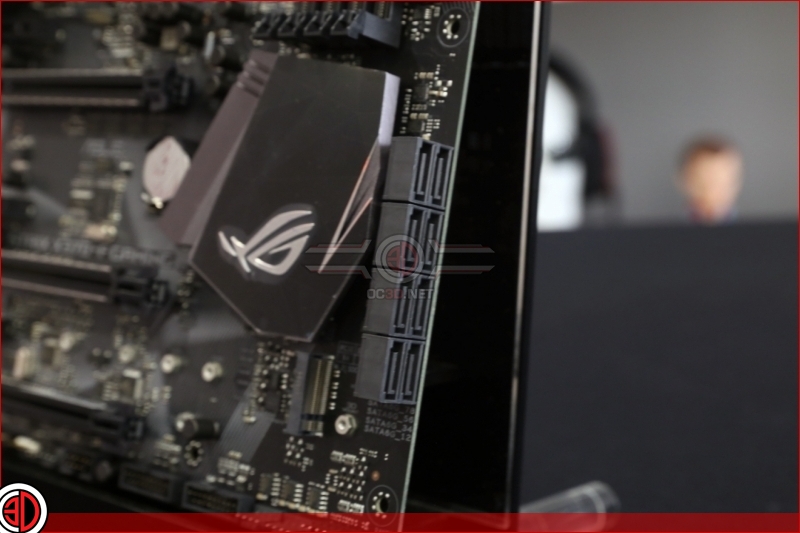 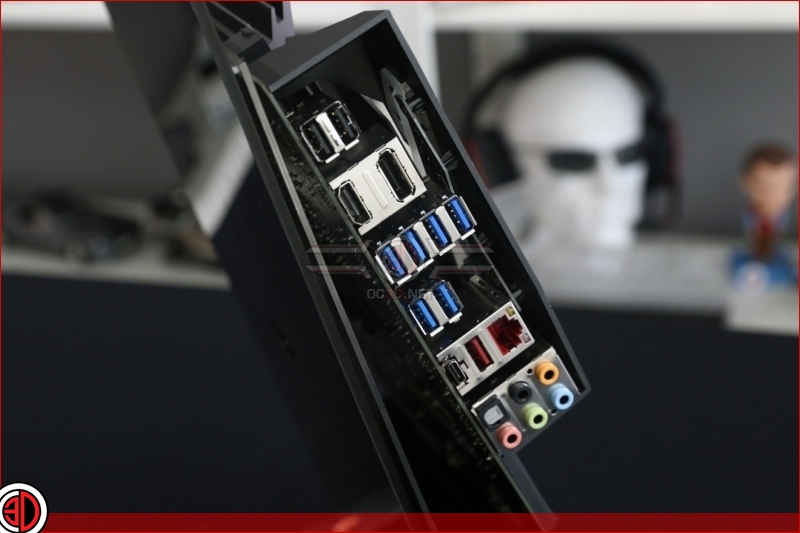 GiantKiwi
Think I'll be getting one of these to replace the utter garbage that is the Asus Prime X370 Pro (on Number #4 now through RMA's, still no working RAM clocking despite now having 5 different kits listed on the QVL), maybe it will actually get BIOS updates more regularly as well

Avet
Nice review. Clean and precise. I agree with Tom on RGB Chipset heatsink, but we can survive. This is the perfect middle range board.Quote

NeverBackDown
I think I like this as my 2nd favorite looking board. Behind the Pro Carbon, but I'd probably get this over that due to a more than likely better BIOS.Quote

g0ggles1994
Sweet review TTL! Definitely going to get one of these if my Carbon's BIOS doesn't improve in the AGESA 1.0.0.6 update.Quote

AngryGoldfish
I do believe this will be the motherboard I go for. Thanks for the quick review.Quote
Reply