For the longest time manufacturers produced products which were nearly visually identical, and we were often left with the dichotomy between going for the biggest box with the most stuff, or going for the more measured choice. In the ASUS world that was often a case of picking between the Extreme and the Formula. Normally the Extreme had a few more bells and whistles, whilst the Formula had a more attractive price tag whilst still being able to do most of its stablemate.

When the ROG Strix B550-F and B550-E arrived in the office we felt like doing them together as one review, just to show that point about things being nearly identical. In the end though, the changes between the two were significant enough that we wanted to show how curious it was that two motherboards will fairly different approaches to cracking this particular nut were still branded as the same thing. We understand that the F and E doesn't stand for Formula and Extreme any more - [sotto voce] it totally does - but it's still interesting to compare and contrast the two.

Time to go over the technical differences before we discover if they have any effect in the real world™.

We don't want to go over the same ground too many times through this preview, but naturally there will be areas it's impossible not to mention more than once. Even in these images it's clear that the Strix-E has two extra power stages when compared to it's F brother which might make some difference when it comes to overclock testing, or even how well it runs one of the beefier CPUs in the Ryzen range at stock. After all, if you have a Threadripper 3950X needing a home you'll want all the ampage you can get.

Moving a little further down we have probably the biggest difference, with the Strix-F utilising a single PCIe 4.0 slot so no Crossfire or SLI, whilst the Strix-E has two PCI Express 4.0 slots available to it they share the bandwidth though so 1x16 or 2x8 and this also means that Crossfire and SLI are available. Both have a single PCI Express 4.0 M.2 slot, should you want to ensure you data bandwidth is as fat as possible plus a single PCIE3 M.2 Slot each. Lastly both in terms of rear and front panel USB there is a pretty bit difference between the two Strix B550 motherboards. The B550 Strix-F has 2 USB 3.2 Gen2 (One of each type), 4 Type-A USB 3.2 Gen1 ports and two USB 2.0 at the rear, with a further 2 USB 3.2 Gen1 ports and 4 USB 2.0 ports available at the front. On the other hand the Strix-E ups the ante with 2 Type-A and one Type-C USB 3.2 Gen 2 ports at the back alongside 4 Type-A USB 2.0, with the front has both the 2 Gen 1 and 4 USB 2.0 ports that the Strix-F has, but adds a USB 3.2 Gen2 Type-C connector too.

Overview photos are all well and good, but we know you're itching to see them in the flesh so let's do that. 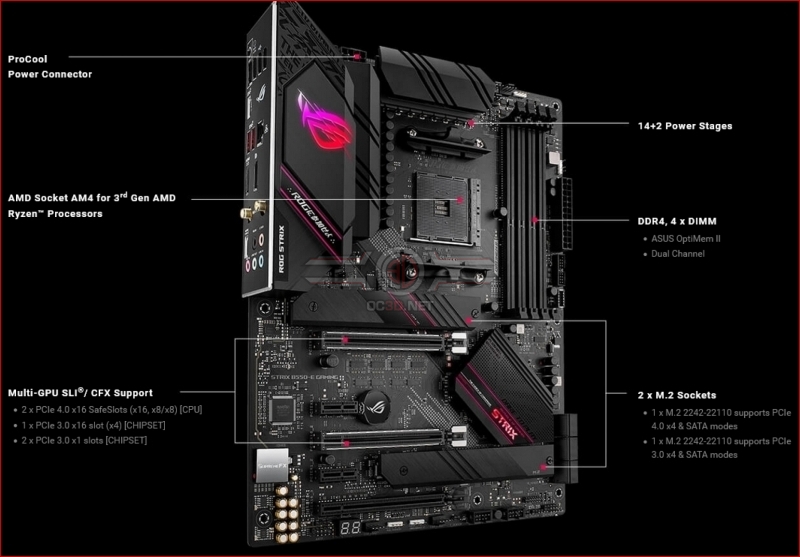 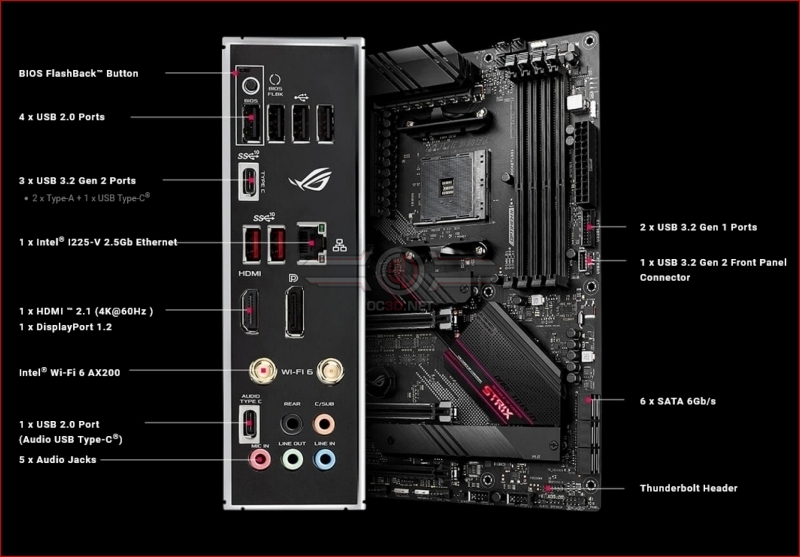 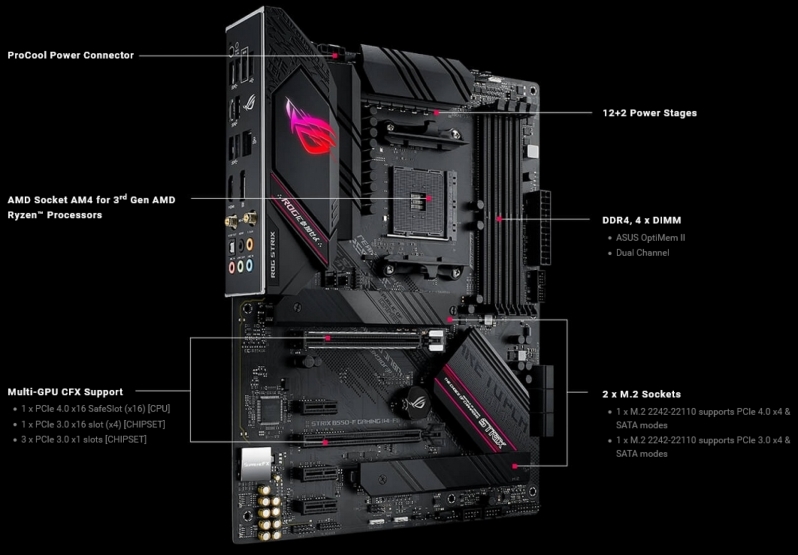 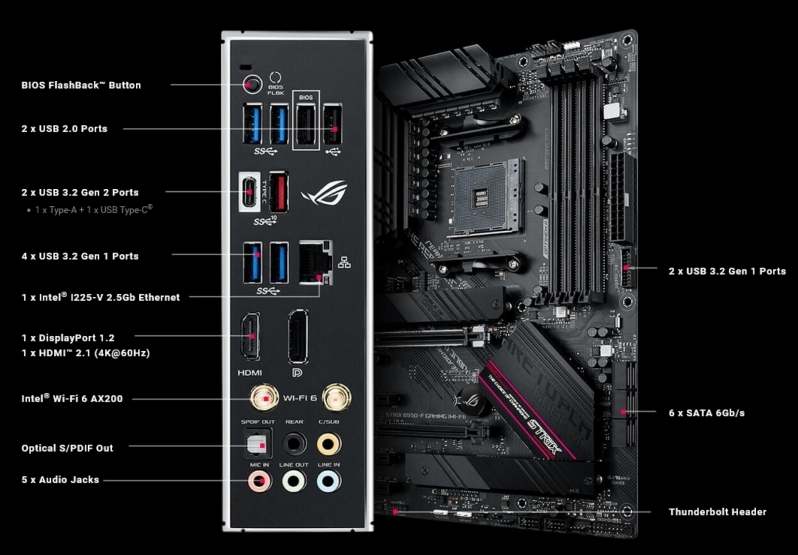