Apex [n] - The pinnacle of something. The highest point of achievement.

It's fair to say that the Republic of Gamers brand from ASUS is always in a little bit of a difficult position. The early products were so gob-smackingly amazing that they developed a huge reputation amongst anyone who sought to have a product in their rig that was the uttermost peak of the market. Anyone who remembers their MARS graphics cards will be nodding along. However, quality comes at a price, and for the longest time the ROG brand also meant spending way beyond other products that would do the job. Naturally ASUS wanted to combine their reputation with a more affordable style of offering. It's simple business sense.

You can go too far in that direction though and end up watering down the brand. For a while there was a danger of that happening, and it is possible to buy Republic Of Gamers branded hardware that doesn't, beyond the ROG name, have much to offer over and above any other product. It's the negative side of needing to remain in business, or at least negative if you're not exceptionally elitist. Even Breitling will sell you an affordable watch after all.

Now and again, though, the ASUS ROG design team go back to what they do best, and that's throw everything they can at a flagship product that will sit far and above anything else on the market. Such is the case with the aptly named ASUS ROG Maximus Z790 Apex. It's not a motherboard that has been designed for the masses, nor for those frugal people amongst you. It's the headliner. The model that throws any cost effectiveness sanity out of the window and shows what is possible.

We'll bring you a full review soon, but for now let's go over what the Apex is bringing to the table. Regular readers will note three pages of pictures, which gives you some idea of how much there is to talk about.

Naturally we'll cover all this when we show you the motherboard in the flesh over the next few pages, so we won't repeat ourselves. But for those of you who want a handy "at a glance" guide this should at least give you a heads up as to how much there is to discuss. Click to embiggen. 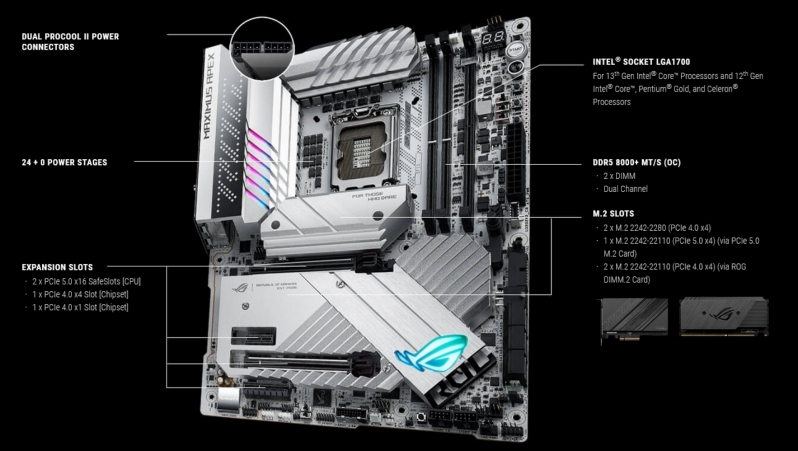 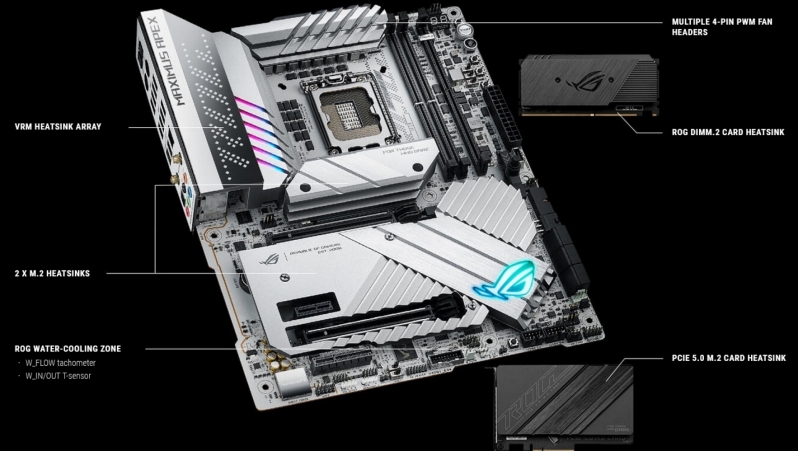 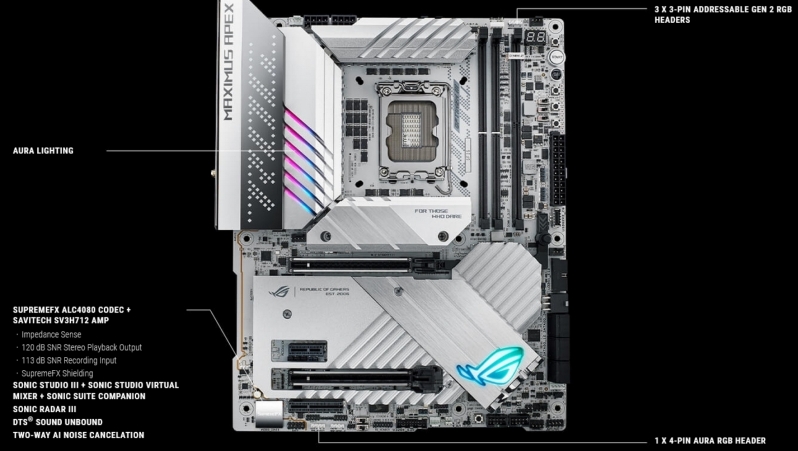 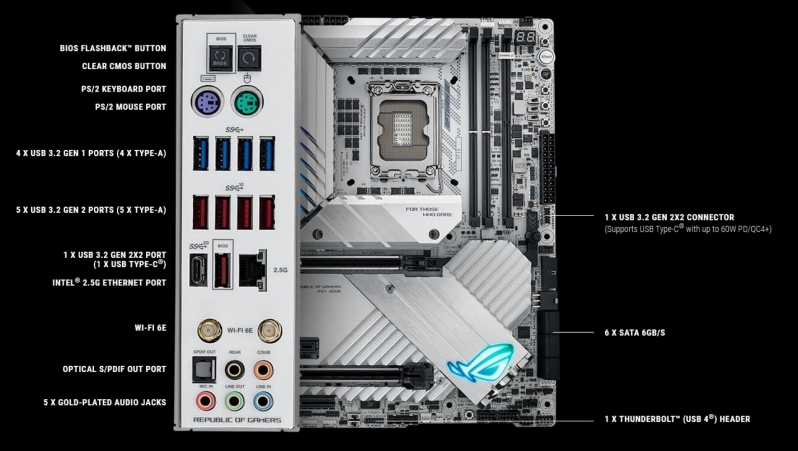 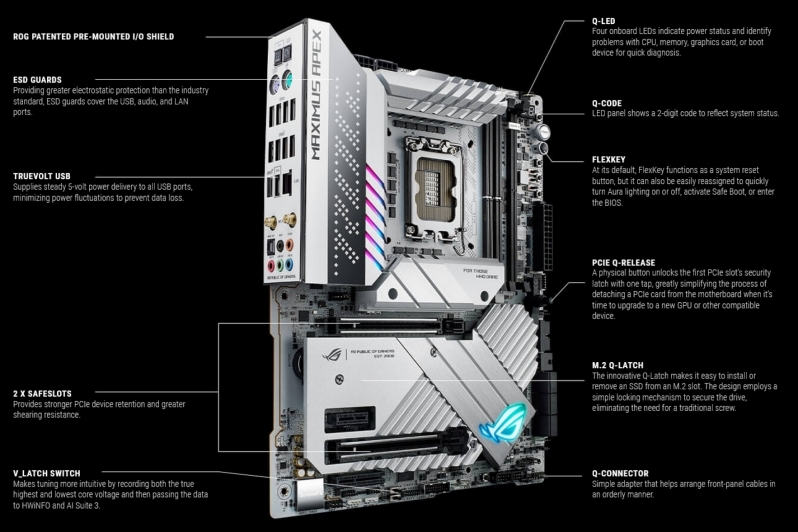