We've finally reached the end of the launch motherboards that come as part of the Intel Alder Lake launch and the 12th Generation of Intel CPUs, and we've saved the first one we saw for the end.

The ASUS white motherboards have nearly always been part of their Prime range, although naturally those of you who have been around for a while will remember models like the Sabranco, but for the Z690 they have moved their white one to the Maximus Formula. Throughout the lifespan of the ASUS ROG Maximus range there have usually been two, the more affordable Formula and the high end Extreme. Recently they've enlarged the range with the even more affordable Hero, leaving the Formula in the middle of the pack. That is purely in price terms though as the Z690 Maximus Formula is anything but middle of the pack in feature set or performance.

By now you'll all be aware of the key features on this latest Intel chipset, PCI Express 5.0, Thunderbolt 4, DDR5. All high bandwidth, hugely capable features which should leave you relatively futureproofed for a while. One of the benefits of going to the cutting edge is that it will remain there longer, although as anyone who has tried to procure a DDR5 kit will tell you the negative is price and availability.

However, as we have all the relevant hardware on hand and a set of benchmarks ready to go, let's find out how the Republic of Gamers Maximus Formula stacks up against the other Z690 motherboards we've reviewed. 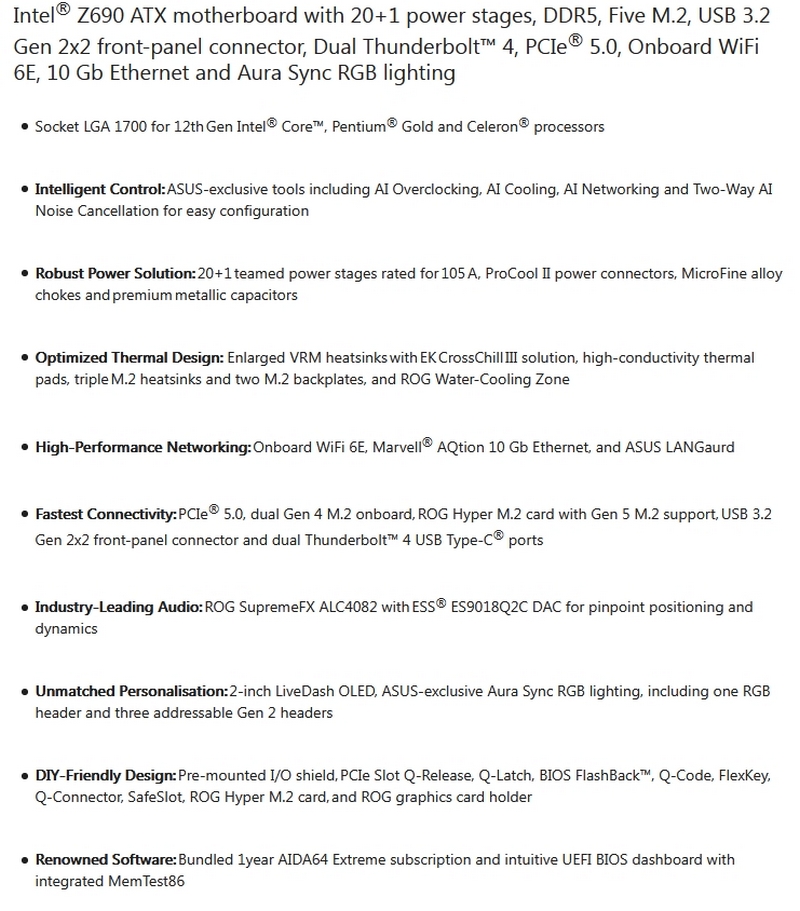 Dicehunter
Now that is a pretty mobo, Interesting to see there are still gaming differences, Albeit not as big as the 775 days, Between the same platforms mobos.Quote
Reply