The Corsshair VIII Formula sports a wide selection of high end elements befitting of a Republic of Gamers branded product. We have the pre-mounted IO shield that has saved all our fingertips from cuts, the SupremeFX audio which utilises the ubiquitous ESS ES9023P DAC dripping honey into your ears, as well as the PCI Express 4.0 slots that are such a headline feature of the X570 Chipset. Anything which can save us having to decide between graphical splendour and fast M.2 drives has to be applauded and the addition of the monster bandwidth from the PCI Express 4.0 format definitely does that. With the right Ryzen 3 CPU installed there are x16 PCI Express 4.0 slots for all your needs. Even with an older CPU the chipset can support 1 running at x4. We also have 12 USB 3.2 ports split between eight Gen2 and four Gen1, with one of them being the easy Type-C and the others being the "it goes in the third way round" Type-A. 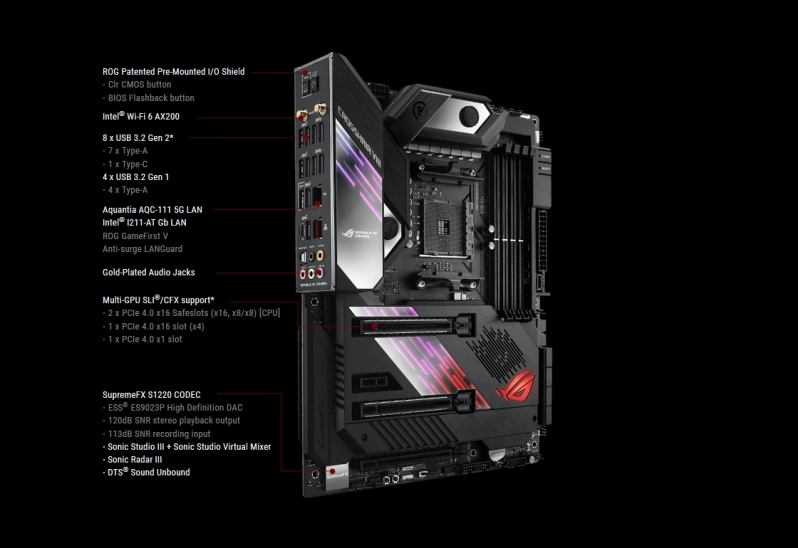 The ASUS LiveDash OLED display was a huge success on their preceding ROG models so it is no surprise to see it included on this premium X570 motherboard. They really have pulled out all the stops here. Additionally there is plenty of built in RGB lighting so even those of you who haven't yet indulged in a RGB LED strip can enjoy picking your own preference of hue. Having speed without protection is pointless and so to this end the Crosshair VIII Formula has ESD guards on the back connectors, bracing on the PCI Express slots and even, as we'll see on the next page, extra bracing around the 12V CPU power input. 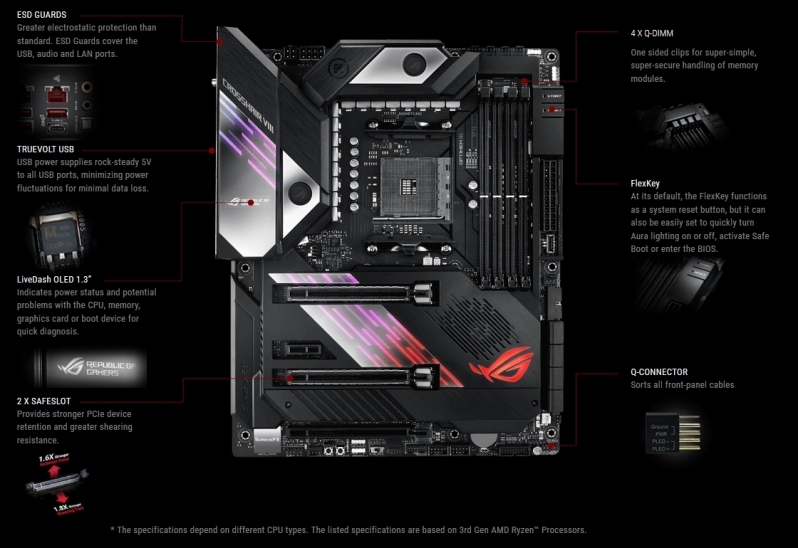 We'll look at the factory installed EK CrossChill III in more detail on the next page, but even before that it's clear that it helps harmonise the aesthetics of the Crosshair. Next up is the all important AM4 socket ready for the Ryzen 3 CPUs that will be launched - and reviewed here at OC3D - on the same day as the X570 itself. There are lots of Front Panel USB options too if you want to festoon your chassis with ALL the USB ports, whilst for those of us who can't afford M.2 drives there are eight 6 Gb/s SATA ports. If you are fortunate enough to have a M.2 drive you'll be pleased that there are 2 slots on the Crosshair VIII Formula. 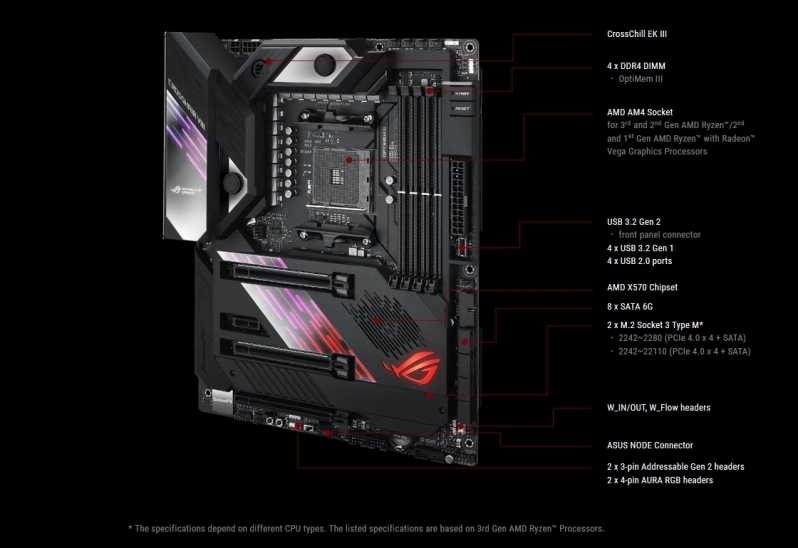 Lastly before we look at the Crosshair VIII Formula in the flesh we find six PWM/DC fan headers, a 12V water pump header and flow monitor and of course the AIO pump header too. If you have a hybrid GPU there is a well placed header just above the first PCI Express slot too. In short, if you want your system to have good airflow the Crosshair has enough to keep you happy. 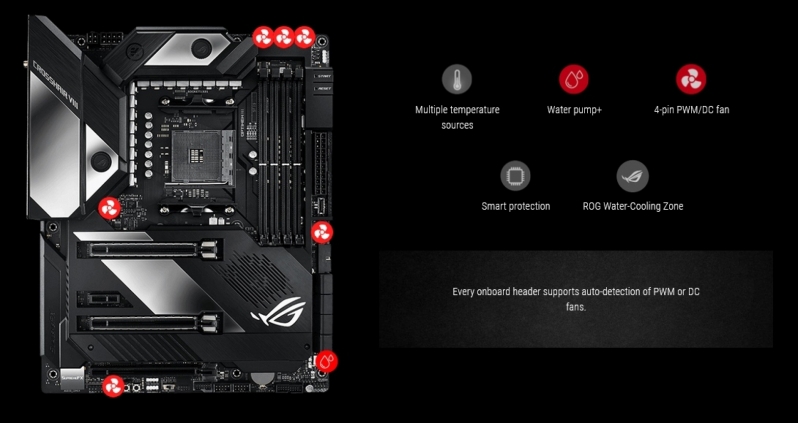 robbiec
How much? Will be looking forward to your full review of this as it is on my shopping list.Quote

Dicehunter
Looks fantastic, I'm just hoping that, Electrically at least, There isn't much of a difference between this and the Hero outside of the waterblock, OLED readout screen and extra zone lighting, As much as I like the look of this board I couldn't justify the "rumoured" price of this over the Hero.

Avet
Quote:
$330 over Hero is way too much. You can almost buy 2 Heros for the price of 1 Formula. That is insane.Quote

Gothmoth
Quote:
i would pay it when it would need no chipset cooler.


the preview i have seen are not promising when it comes to the chipset cooling.
maybe asus can do it better but the one i saw (MSI) was already semi passive.