We hope that the Omega only indicates the definitive version of the Rampage VI Extreme - the end of that particular model number - rather than an ending of the Rampage line entirely. They might have existed for longer than many of our readers have been building PCs but they've always delivered the very highest quality that each chipset can bring to the party. 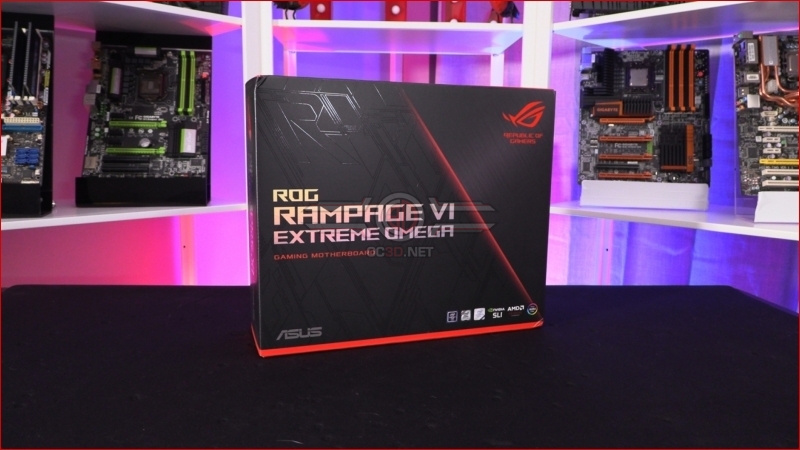 With half the board taken up by the heat spreader that increases the surface area available to keep your M.2 drives and the X299 chipset cool, the top half of the board is almost standing out. This is odd for motherboards where the top half is usually the same old boring socket and DIMM slots combination. It shows how high the attention to detail is on the Omega though, that despite fitting 16 power phases and 8 memory slots onto an already cramped PCB, it never looks busy or scattergun. Impressive. 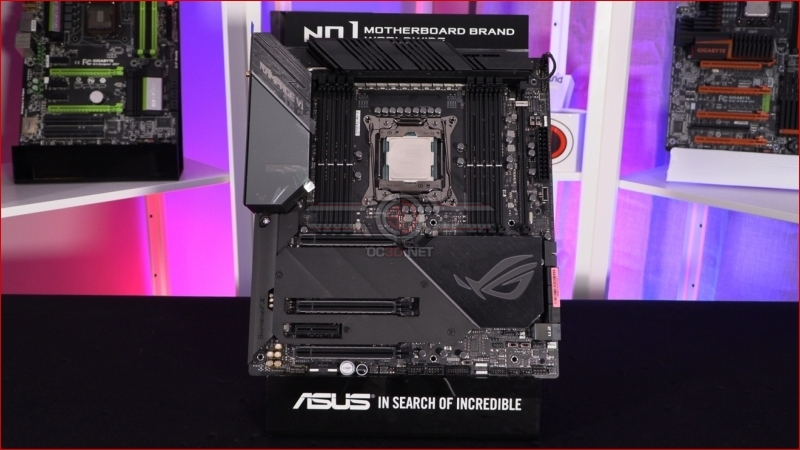 If you remove the heat spreader you can see the two full length M.2 slots as well as the three PCI Express slots ready to be filled with graphical loveliness. Comparing this shot to the one above and, hopefully, you can see what we mean about how much a little thing like the covering can really bring the motherboard together an be a platform upon which you can make your aesthetic mark. 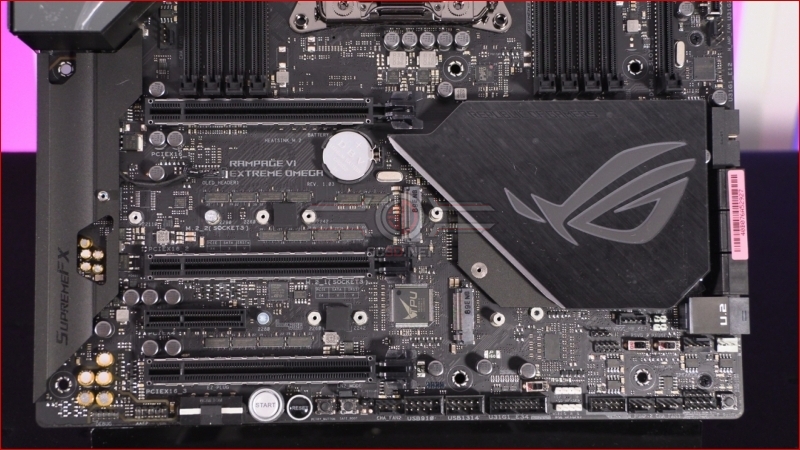 The VRMs aren't just redesigned in terms of how many there are available to power your overclocking efforts but ASUS have also included active heatsinks. Built into the shroud, as you can glean from the screw heads, are two 40mm fans. Hopefully this aren't too loud in use. We've had bad experiences with tiny fans in the past. Despite such a big heat sink the power connectors are still easily accessible. 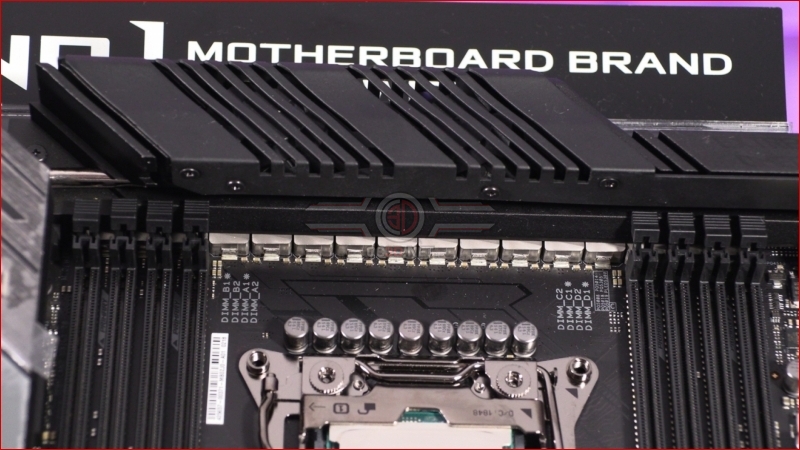 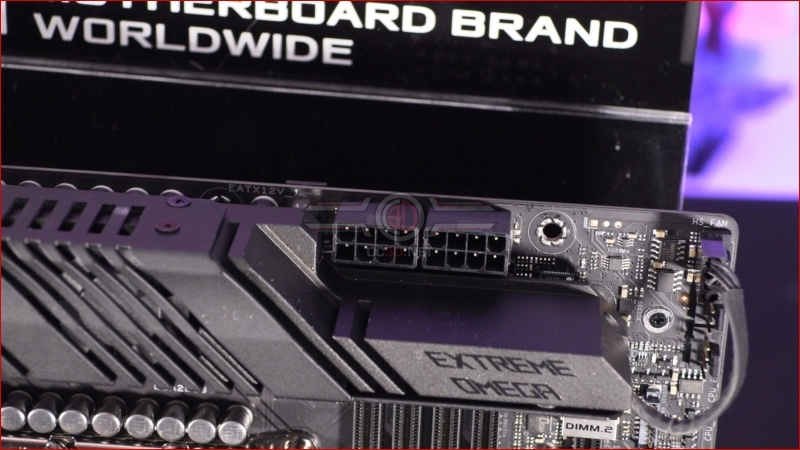 Move around a little bit and we have our first set of fan headers. We saw their location on the previous page, but it's nice to see how close to the edge they are, aiding your cable hiding efforts. 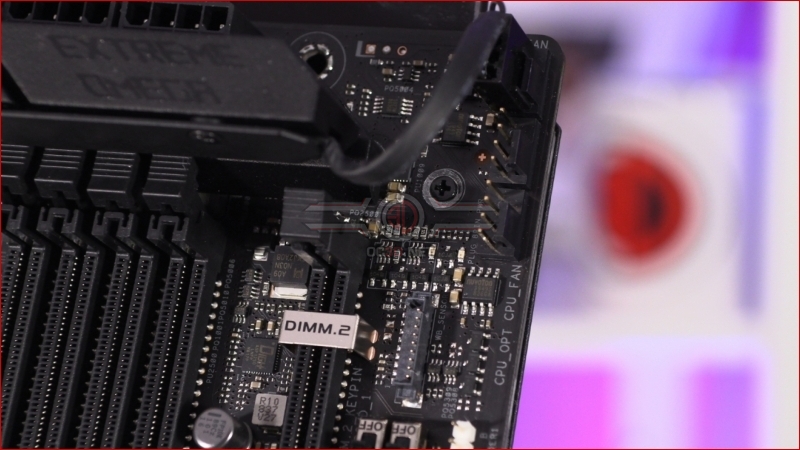 Moving down a little bit and we have the switches that control LN2 modes, as well as the all important RGB header which helps bring your choice of hue to any passers by. 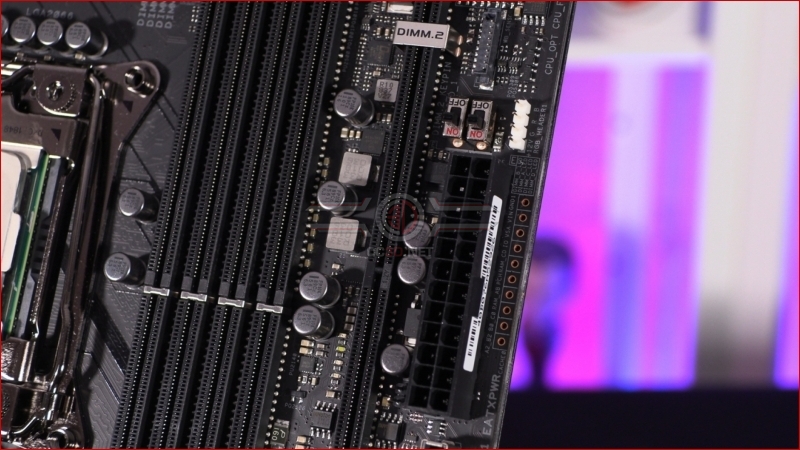 It might seem like we're not moving much around the Rampage VI Extreme Omega PCB, but there is so much to cover. Next up is the front panel USB 3.1 header alongside a high amp fan (supporting 3 Amps!) header and the USB 3.0 front panel connector. It's odd that USB 2.0 headers are small, USB 3.1 headers are small, but 3.0 got a big one for some reason. 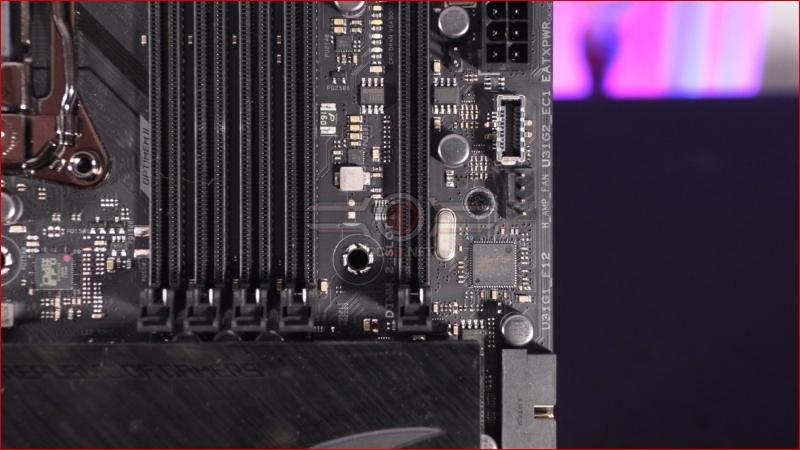