If you've been keeping up with the way that the PC Hardware market has moved in the last decade you'll be aware of the shift into making everything all about gaming. We've lost count of the number of "gaming" suffixes on components that have come through OC3D Towers. However, the affordability of webcams and microphones allied to the enormous rise in the streaming and video worlds means that most people, to a greater or lesser degree, are creators too. Not only in the video world, but with free rendering solutions such as Blender, and affordable photo editing letting us take advantage of the high MP on our phone cameras, nearly all of us do things which would have been left to the professionals a few short years ago.

The large manufacturers are always a little slower to react to the ever changing world than the world itself is, but the importance of creators is starting to bleed into the hardware world too. We recently reviewed an MSI monitor and system aimed at the creatives, and now the latest entrant into the burgeoning Z490 range is here from ASUS, dubbed the ProArt Creator 10G. ProArt has, until now, been a name more closely associated with their monitor range, in fact I am typing this on a PA249 display. Naturally it's a statement of intent to produce a motherboard aimed squarely at the creatives amongst you, so we were keen to discover what the ProArt brings to the table that makes it different to the other Z490 motherboards we've reviewed in the last couple of weeks.

If you're familiar with the layouts of motherboards such as the Maximus XII Extreme you'll be able to glean a lot from this shot that shows off where the various pump and fan headers are. But let's not spoil it just yet, we'll look at this more closely on the next couple of pages. First, let's see what the ProArt Creator 10G brings to the party. 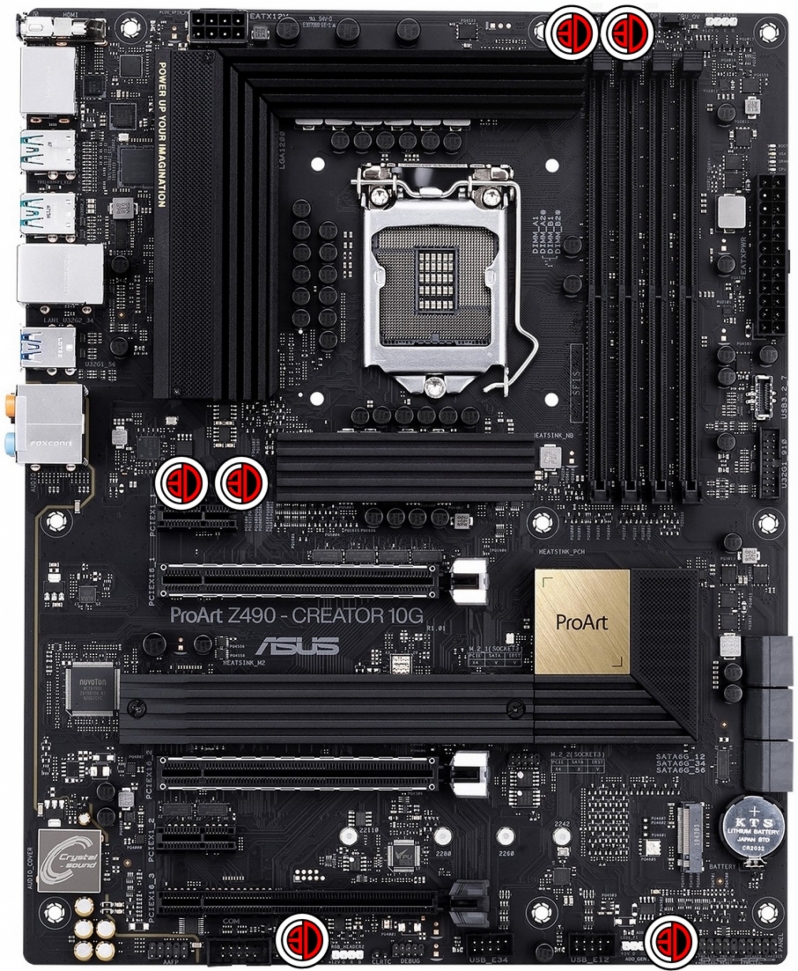 With so much of the Z490 chipset controlling nearly everything a lot of the motherboards have very similar specifications. The Creator part of the ProArt is clear when you see that it doesn't just have a Thunderbolt3 connector - the USP of all Z490 setups when compared to the Z390 that came before - but there are two of them as well as two DisplayPort in connectors. Clearly if you do a lot of video work the ProArt Creator 10G will be high upon your shortlist of potential purchases. 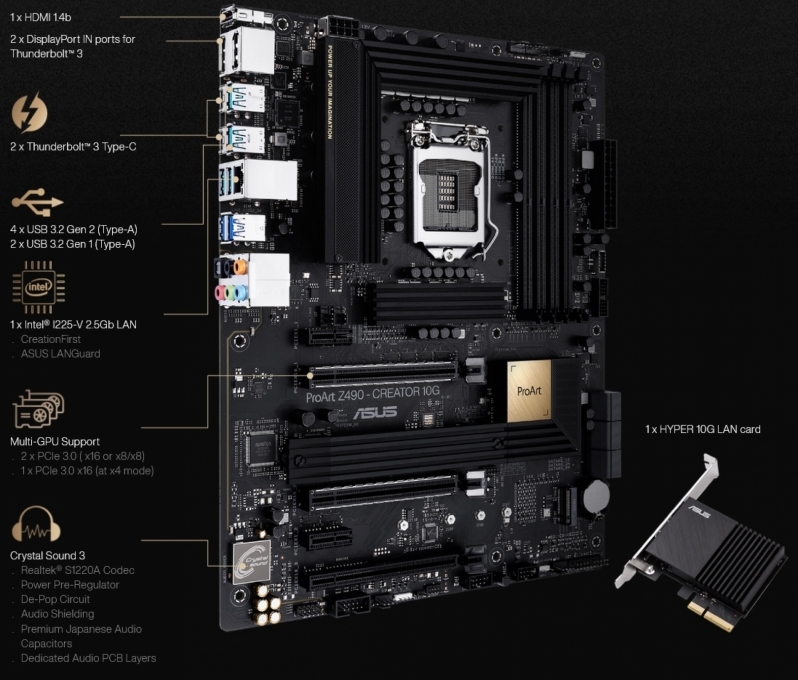 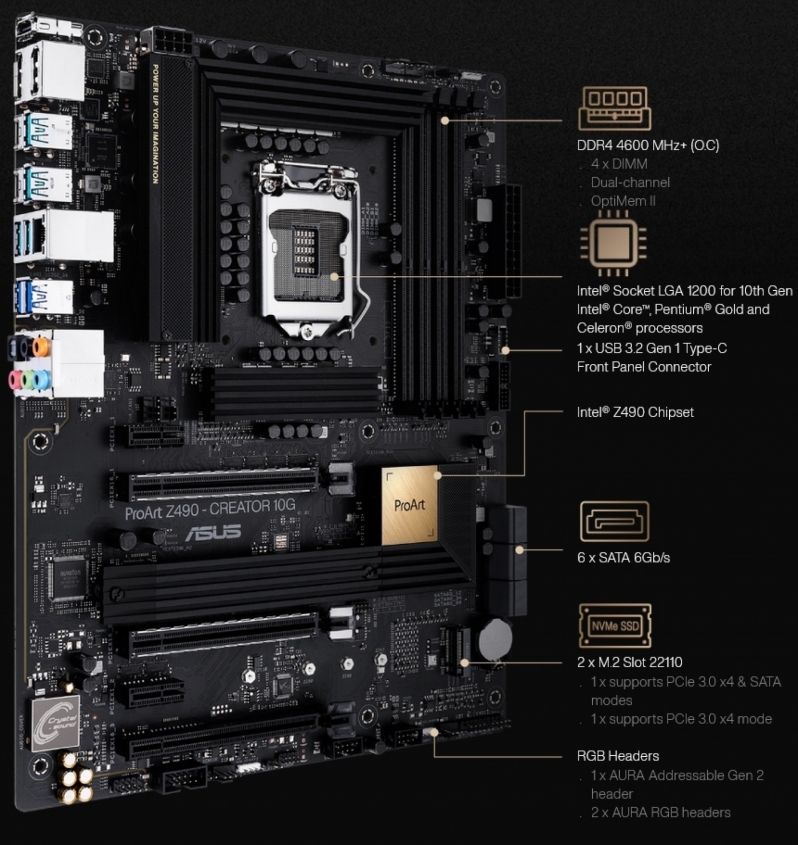 Deadtroopers
Aimed squarely at the creator? ... It's an Intel board, so no. Just no.Quote

With Thunderbolt and 10G it is a really good creator board for the price.Quote
Reply