Just because the Prime isn't part of the fabled ROG series doesn't mean that it is lacking in any department. Indeed if you prefer your motherboards a bit brighter on the heatsinks and would rather have something that might be a slightly less "with the masses" choice then it's a great option. Like the other X570 motherboards it comes sporting PCI Express 4.0 as the headline feature, offering way more bandwidth than its predecessor for your M.2 drives and GPU. Currently with the insane speeds of M.2 drives or PCI x4 drives you can quickly saturate the available bandwidth of PCI Express 3.0, perhaps to the detriment of your graphics performance or storage, but with PCI Express 4.0 and a suitable processor all those worries disappear. Elsewhere there is an active fan to keep the chipset cool when the PCI Express is fully loaded, whilst the needs of your peripherals are catered to with plentiful USB ports both internally and around the back. There is even a PS2 port should you wish to have the lowest latency possible in your extreme overclocking efforts. 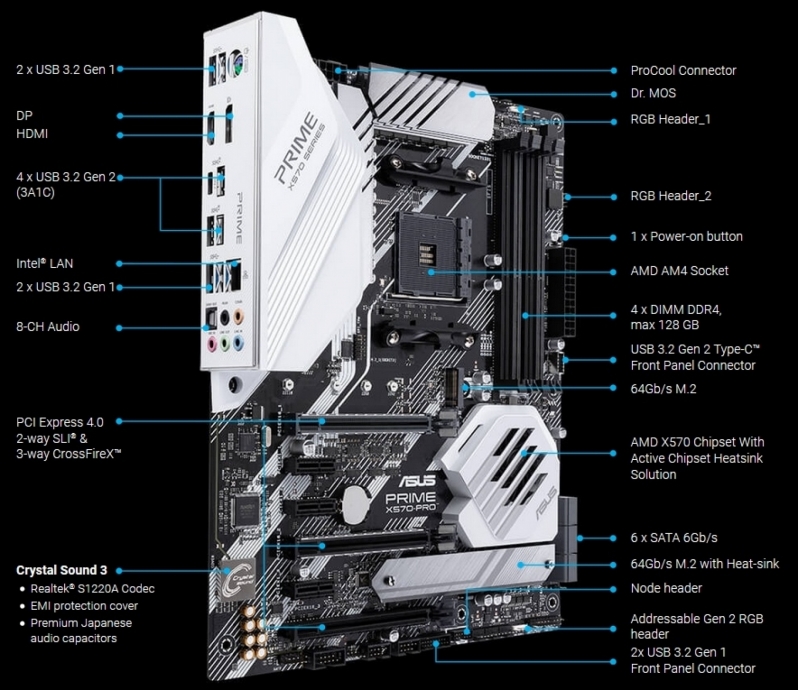 Like any good system the most important thing you can do is keep it cool and the Prime has everything you need to handle your system temperatures. We start with an AIO header at the top, right where you need it, whilst at the bottom corner there is the 3A pump header which can power your custom water-cooled setup or provide an alternative location for your AIO if you want. Or, perhaps, you have a hybrid GPU. 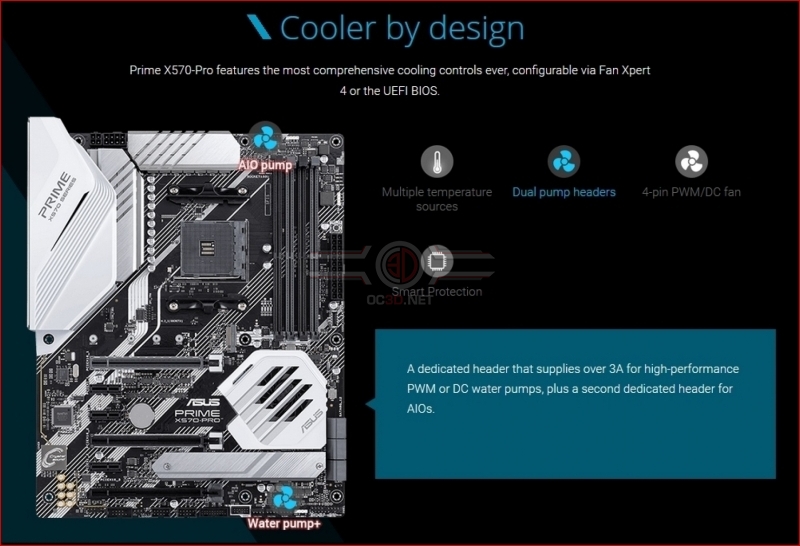 Pump headers are useful but you need somewhere to plug the fans in to keep that radiator cool and the Prime has the full compliment of fan headers supporting both PWM and DC types. Is there anyone still using DC fans?  We'll look at the headers themselves on the next pages, so read on Macduff. 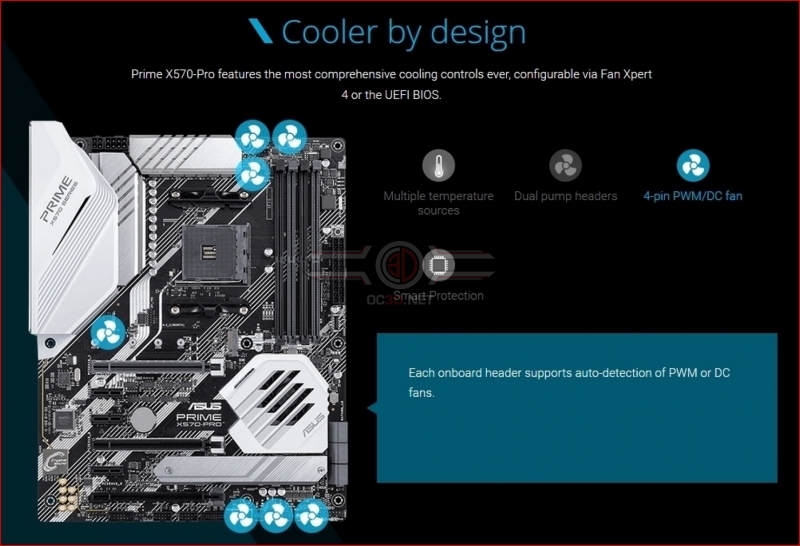